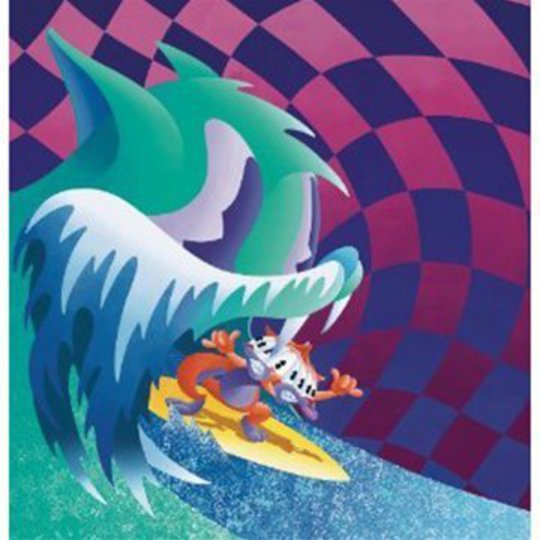 In impressively brazen fashion, the PR campaign around MGMT’s Congratulations has sought to portray the Brookylnite duo’s second record as some sort of heroically uncommercial last stand for the LP. This is disingenuous for all sorts of reasons, the silliest of which is the whole ‘no singles’ angle. True, you can’t buy ‘Flash Delirium’ in isolation, but given that it’s been the focus of a marketing campaign that has indubitably cost more money than 90 per cent of indie bands will ever make from singles sales in their lifetimes, the idea that Andrew VanWyngarden and Ben Goldwasser have undergone some sort of grand retreat from the world is laughable. Certainly with 2010 yielding double sets from the likes of The Knife, David Byrne and Natalie Merchant and a triple from Joanna Newsom, it's kind of cheeky to suggest that a nine song, 43 minute MGMT album is the long player's great white hope.

However, the most vexing element of the campaign is the suggestion that Congratulations is the sort of far-out, wildly avant-garde musical tract that a simpleton fan of Oracular Spectacular’s wry electro-pop is unlikely to ‘get’. Sure, Congratulations does sound very different, and inevitably fans will be shed as a result, but it doesn’t sound like, I dunno, Acid Mothers Temple, or even the various projects of producer Sonic Boom. Rather, it plumbs a musical theatre-indebted vein of psyche pop that brings to mind the Beatles’ acid years, a bigger budget version of former tour mates Of Montreal, Syd Barrett, and even, bizarrely, The Libertines (seriously, check out ‘Song for Dan Treacy’). It might not be awash with chart hits, but then again, what indie records are these days? And besides, the atmospheric pastoral gallop of ‘It’s Working’ would work perfectly well as a single (it sounds a bit like Broadcast jamming with the cast of Hair), while the wonderfully trashy stomp of ‘Brian Eno’ seems wasted not being one. The latter song's chorus is as joyously exuberant as any they’ve ever written, a lithe, glammy, Sparks/XTC-type thing that more or less demands a singalong for the chorus of “we’re always one step behind him, he’s Brian Eno! BRIAN ENO!” (it also features some particularly amusing lyrics for Eno-philes - ”he taught me many things, the wisdom of oblique stragems”).

Then of course there’s ‘Flash Delirium’ itself, which takes a while to warm up, but when it kicks into a grinning explosion of ragged drums and multiple vocal lines - all ecstatic - becomes pretty much irresistible. Indeed, far from coming across as hipsters sneering at their previous success, the fact MGMT really do seem to have taken in a few Broadway showtunes of late adds a layer of glee (and indeed, Glee) that stops matters ever getting particularly po-faced. Certainly Congratulations is no more impenetrable than the Flaming Lips at their most commericial, with Sonic Boom offering a bright, upfront mix that keeps the baffling array of omichords, guitars, sitars, synths, organs and FX percolating in dynamic, uncluttered fashion.

It does admittedly have its more obvious weirdy moments, and here is where Congratulations rather founders. ‘Siberian Breaks’ manages to do remarkably little with its 12 minutes, a gentle psyche-folk amble occasionally punctured by a polite wibble of electronics. I’d probably take a stab and say that the band decided the record ought to have a 12 minute song before they actually wrote it, because this feels forced - shorn of their default pop sensibility, MGMT sound rudderless, and not a little like Steeleye Span. Likewise the instrumental ‘Lady Dada’s Nightmare’ seems calculated, an inoffensive waltz clunkily overlaid with tacky electronic screams.

In any case, given that Congratulations has been streaming online for some weeks now, maybe it’s a bit pointless being cynical about Columbia’s marketing. If anything it's probably piqued more people into checking out the stream than might have bothered otherwise: old fans will have confirmation that this isn’t an end to hooks, melody or stand alone songs; ‘Kids’-haters will find a genuinely engrossing psyche pop outing, minimal in Club NME fodder, only intermittently clunky. And y’know, whatever the case, somebody at Columbia presumably came up with the idea of packaging Congratulations with scratch off artwork and a special MGMT coin. That’s pretty cool.