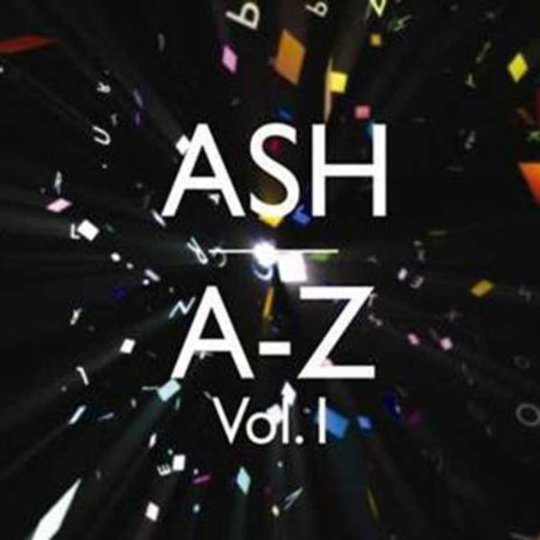 When a band has been together as long as Ash have, keeping it fresh must presumably become increasingly difficult. After 18 years, five long-players, a mini-album, a live recording, and a singles collection, they have decided that now is the time for them to shake things up. Having already returned to their original three-man line-up, and apparently shaken by the lack of support last record Twilight of the Innocents received, the band have decided to dispense entirely with the traditional cycle of albums. In a move which would probably be very pleasing to the geeky teenagers who first formed the band in Downpatrick, they have resolved to release only singles from now on.

That would seem a bold enough step in itself, but they haven’t quite stopped there. Last year they commenced with the A-Z Singles project which would see them releasing a single every fortnight for 12 months. We now find ourselves at the halfway stage of the venture, and singles A-M have been compiled on A-Z Volume 1. Whether or not this counts as reneging on their ‘no more albums’ pact is beside the point, and for more pedantic souls than me to debate. What is far more important is that these singles have inspired in Ash the best form since the career-rescuing effort that was Free All Angels. For the first time in a good few years, the band seem to be having fun, an element which has always been fundamental to their best work. While Twilight of the Innocents was not without its highlights, even the staunchest of Ash lovers would struggle to argue that it didn’t sound just a little tired.

While they haven’t quite reinvented the wheel with these songs, they have certainly pumped up its tyres and given it some shiny new hubcaps. The freedom presented by the project would appear to have given Ash licence to be a little more experimental than they might attempt on a conventional album. This point is illustrated immediately with the playful electro pulse of Single A ‘True Love 1980’, a song which also contains the first of many classic Tim Wheeler pop choruses present on the disc (see also ‘Joy Kicks Darkness’, ‘Arcadia’ and ‘Neon’.)

Save for the occasional musical flourish here and there, these songs are still unmistakably and undeniably Ash. The same ingredients which made 1977 so thrilling to a whole generation of indie kids all those years ago can be found in the best songs on this collection; the gigantic melodies, the unbridled sense of youthfulness, Tim Wheeler’s boyishly just-about-in-tune vocals and the headrush of the power chord-led choruses. For those who have followed Ash’s journey from the start, the effect this produces is more than just nostalgia; it is a sense of rejuvenation.

While Ash have always been doyens of power-pop, none of their recordings have been complete without the odd flip into lovelorn teen mode. This has historically acted as a sobering antidote to the dizzying effect of the band at full pelt. A-Z Volume 1, true to form, is home to a couple of particularly lovely moments in the shape of the wide-eyed and expansive ‘Tracers’, and ‘Pripyat’, a longing paean to the [titular nuclear city] (http://en.wikipedia.org/wiki/Pripyat_(city)). Tim’s voice has always been suited to songs of yearning, and this is something which has not dimmed as the years have gone by.

So great are the high points of the collection that it’s a shame that it starts to run out of steam slightly towards the end. From ‘Space Shot’ onwards, things begin to drift along a little aimlessly until Single M ‘War With Me’ revives things at the death with a grand piano motif and yet another mega chorus. The flaws of the collection don’t spoil it in any way though, and they probably won’t even come as a surprise to most because Ash have always lived had a laudable lack of fear of screwing up. Their imperfections have always been a part of what makes them so endearing, and may even be why they have endured when most of their contemporaries gave up the ghost years ago. Either way, while this compilation brazenly embraces their past, it also shows their future could be far more compelling than might reasonably expected from a band nearing the end of their second decade.