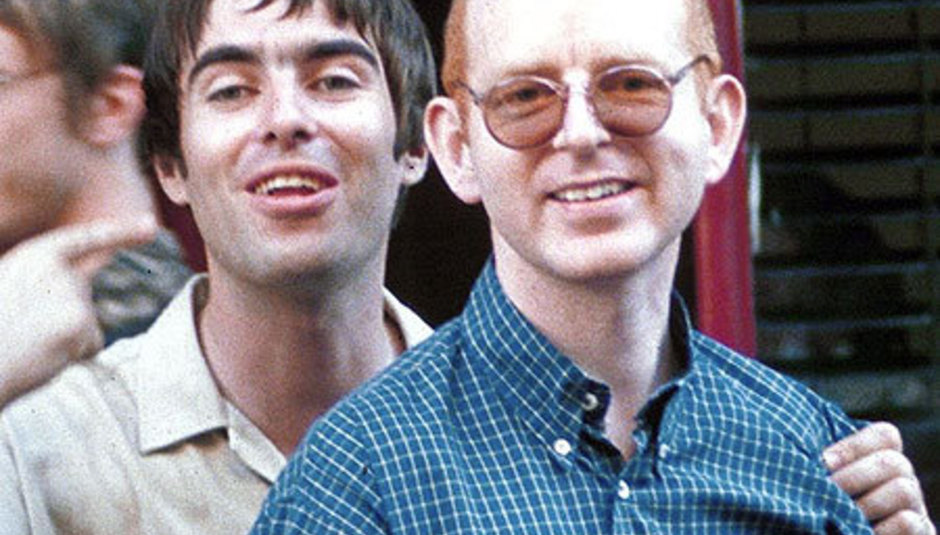 Welcome to the 30th Spotifriday, compiling this somewhat eventual week on DiS as a Spotify playlist.

Before we begin, anyone who doesn't know what the dealio is with this weekly feature, it's dead simple. You click this link and up pops the playlist, which acts rather like a tape cassette magazine cover-mount of old, to reflect the content we've had on the site this week. For this to work, you need to install the Spotify software, which is free and allows you to consume music in exchange for hearing advertisements for TV shows about opera, bridal gowns and dodgy rap albums. It's available in most countries, visit spotify.com to see if it's available in your area and get it if so, it's free, and the futcha dontchaknow.

1) Nicolai Dunger 'I'd Rather Die'

Yesterday, we had a Nordic day on DiS to celebrate our Nordic night last night in London. Had they given free reign to book anyone I wanted (rather than a list of 30 acts to choose from, including some, er, Finnish reggae?!), I would have booked Nicolai Dunger, because, as this song shows, he's a former football star, loved by Bonnie Prince Billy, whose created a back catalogue of little known treasures, sounding not unlike a Swedish Elliott Smith. This track featured on the 101 Nordic playlist but I didn't want it to get lost amongst everything else as his music has been under-appreciated (is that a Dubya-ism?) for far too long. Plus, I'm a bit hungover from the Nordic night and this song is wonderfully soothing.

Whilst we make no secret of our love of Weezer, my love of Paramore has been reigned in by staff members of late. I wasn't 'allowed' to make brand new eyes the DiS album of the year, mostly because I was the only staff member who had their re-imagining of Jimmy Eat World and Kelly Clarkson in - and at the top of - my albums of the year list. Anyway, what I'm trying to say is Hayley from Paramore sang this song live with Weezer LOOK and for someone like me, this = awesome².

TNP's second album Hidden came out this week and it's a brave, beat-riddled beaut. Read Bruce Porter's 9/10 appraisal here. We'd really like to do something 'special' with a band like TNP to help their music punch higher and a meeting I had this week might just help us do this... more on that as it happens!

This week's SINGLE OF THE WEEK, chosen by our wunderbah Wendy 'Don't Call Me Windy Robotnik' Roby. Read this week's single column if you've been a bit of a berk and not read it already here.

The big news this week was that James Murphy is coming back to the UK! Shows were mentioned in little trickles on the boards and then announced properly here. This downbeat groove of a track was a one-off single Mr. LCD 'released' last year.

6) Flaming Lips 'The Sparrow Looks Up at the Machine'

This week's must-read interview was our natter with the everso delightful and inspiring Wayne Coyne. Print it out and read it on the sofa over the weekend why dontcha?.

So the album might not be as life-affirmingly great as the 'hype' suggested - or so says our albums editor in this review - but this uh-huh-hur-ing song is still genuinely lush, magical and disturbing, in equal measure.

Picked this song for several reasons. Firstly, Mr Yorke was on Giles Peterson's Radio 1 show on Tuesday night, then there was news that he's playing Coachella, with added ????'s which we believe indicate he'll be joined by his 'band' with the likes of Flea, rather than Radiohead playing. But then again, you never know, they might released a new album whilst I was typing this. Plus Four Tet has a new album out and it got a 9/10 here, and this remix is delicious.

Just in case you were dozing off, here's a blast of pop petulance from Miss i-tawk-bout-myself-in-thee-fird-person. I made it one of my songs of the day, which, er, I've not had time to do in the past couple of days, as I've been trying to acquire some badass exclusives for this daily feature. The song of the day feature will be integrated into a new frontpage, which we've begun working on to better present our content, and yuhknow, for stuff to actually 'work'.

11) Los Campesinos! 'There Are Listed Buildings'

Next week, this lot 'takeover' DiS. This week, we revealed the video for 'Romance is Boring'.

Keeping things 'Welsh'... here is quite literally a blast from the past. Lostprophets are celebrating their 10th Anniversary, and in October DiS will be ten too, so, as one of the bands DiS banged on about in our early days - and continue to do so - we're letting Ian Watkins and co. 'takeover' the site this weekend. Come Sunday their new album _The Betrayed' (read our 8/10 review here is likely to be at the top of the album charts, which may come as a surprise to some but not to those who've loved this band for as long as I have. Congratulations fellas on reaching this landmark age - 10 more years? I hope so.

This isn't some kind of earth-crushing revelation but I used to really like Oasis, when I was about 12. I also used to really respect the man who signed them, Creation Records founder Alan Mcgee. I vividly remember telling my careers advisor when I was about 13 that I either wanted to be a photojournalist for BMX magazines or the sort of person who discovers bands like Oasis. Sadly, I was young and naive, and never took up photography. Anyway, in a way, reading books about Alan McGee and buying up the catalogues of labels like Factory, Sub Pop, Matador, Fierce Panda and Saddle Creek inspired me to start DiS Records. This week, my respect evaporated for the man who gave me the ambition to sign a band like Kaiser Chiefs with the understanding that their success could help me nurture and more easily expose the likes of Jeniferever, Bat for Lashes..., license records by bands I love like Metric, The Stills.. and invest in an artist who gave me goosebumps like Martha Wainwright (which was a gamble that paid off, as she's gone on to sell nearly 80,000 albums). I'd love to say this unprovoked attack came as some surprise, but really all I can think is when they say never meet your idols, that should be updated to include engaging with their growing old disgracefully on Twitter. Strange days but great for traffic, so cheers for that Alan.