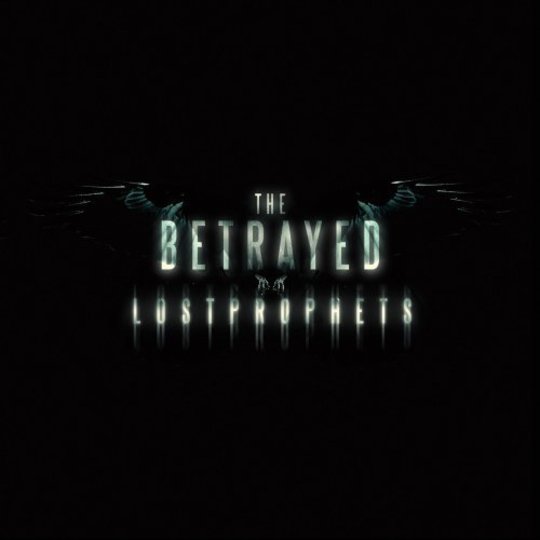 It seems rather obvious, but I’ll say it anyway - the further a band climbs up the career ladder, the more barbs get shot their way. Often the root of such negativity is muddled within the hater’s own personal failures; the bile is deep rooted, chewed over in private bouts of introspective pondering. “Why isn’t my band getting radio play?” “Why can’t I fit into a pair of skinny jeans?” Bitch bitch, moan moan.

Emerging from the gaseous sound blancmange that was nu-metal with an extremely well received debut release Thefakesoundofprogress, Lostprophets were never likely to stick around the scene they got lumped in with. The backlash of hate that the band received came in flames from the metal community; mostly this was a reaction to (a) their aesthetically pleasing, clean cut image and (b) the copious amount of melody within the band’s songs that swam amongst a sea strewn with the sewage of raw screams, drop d riffs and white guys who aren’t named Eminem woefully attempting to rap.

As contemporaries meekly fell, the Welshmen sought longevity and by hook and by crook they have rolled on to album number four, The Betrayed. Though the blueprint for this album was ripped up a number of times, what we have as a final product isn’t quite the radical departure that fans of the band might have been expecting (FNM's bonkers Angel Dust having been cited as a chief inspiration). You can look at this two ways – either The Betrayed is a solid consolidatory effort that adequately blends the band's signature schizophrenic mix of pop and rock; or that as a collective unit Lostprophets are creatively limited and therefore forced to play the hands they trust the most.

Boosted by the pounding rhythms generated by drumming prodigy Ilan Rubin (who has since left the band to focus on other projects) opening track ‘If It Wasn’t For Hate We’d Be Dead By Now’ suggests a surly, stormier sound, one compounded by ‘Dstryr and Dstryr’ which heavily leans on the sonic pillars of dearly departed Swedish noiseniks Refused.

Then come the two singles. ‘It’s Not The End Of The World…..’ is a brazen behemoth, channeling swirling Muse-lite freak outs with a stellar Watkins vocal; certainly the epic chorus fits in alongside current Kerrang pin-up Jared Leto’s dramatic warbling. Speaking of which, the inexplicable rise of 30 Seconds to Mars seems to have summoned a newfound competitive streak, all bands need a marker to test themselves against, and Lostprophets are currently battling for time on the airwaves. With that point in mind, ‘Where We Belong’ has hit written all over it. Hooky as hell, the singalong chorus trumps similarly anthemic songs from the band’s back catalogue such as ‘Last Train Home’ and ‘Rooftops’.

Then we return back to the new noise as ‘Next Stop Atro City’ (terrible song title, on first glance I thought it was a reference to the Kurt Busiek comic, but then I realized we are missing an ‘s’) with a delightfully choppy riff that hacks through the song like a pepped up Jack serrating through a thick juicy Beanstalk.

Flicking the switch back from dark to light, ‘For He’s A Jolly Good Felon’ ties up the velvet loafers and daintily dances the night away. Again, the song would appear to be written with audience participation in mind as the chorus beams bold and bright. The pattern continues as ‘A Better Nothing’ adopts a more reflective, grey sky over the horizon serious pose; the eighties industrial synths juxtaposed with the slick guitar glimmer paints a picture that summarizes Watkin’s lament regarding lack of opportunity in a recession hit nation ('The Betrayed' referred to in the title apparently being folks like you and me).

Bittersweet ‘Streets of Nowhere’ and the pseudo-power ballad ‘Dirty Little Heart’ long for better days and dangerous decadent nights. After briefly tailing off into Faith No More exit music, the momentum is regained on ‘Darkest Blue’, optimistic and sprightly, before ‘The Light That Burns Twice As Bright’ broods poignantly in an alternate universe ruled solely by the influence of Depeche Mode. After the hustle and bustle, and the joyous carefree gusto it makes sense for the album to close in whispers.

But what to make of it all? Pop, rock, influences once again chosen from the Eighties and Nineties, a stark vision of the future accessed through borrowing elements of the band’s own past - each ingredient is recklessly thrown into the blender, and seems to blatantly represent the sound of a band who had a tricky time putting together their fourth album. Remarkably the chuck it all in and see what happens approach works, mainly because the superb sheen of production papers over any cracks. What we are left with is an inescapably solid album.

The Betrayed doesn’t reveal anything new about Lostprophets, and if we look to the future then it might be worthwhile for the band to continue to rearrange the furniture a little rather than attempt a markedly different makeover. Consolidation has never sounded so good.