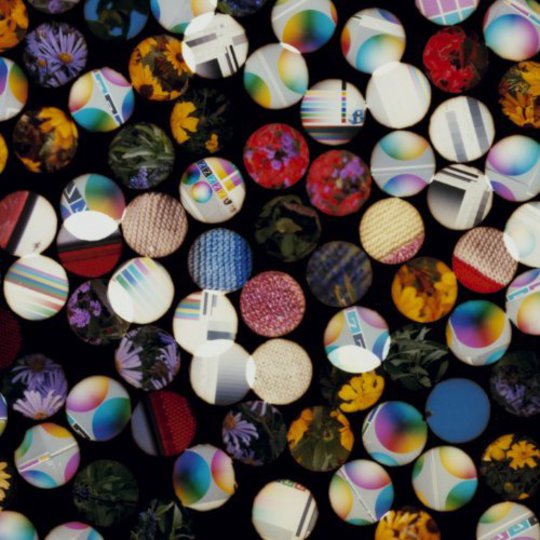 Good news, list fans; when the age-old 'Best album opening trio' debate rears its inevitable head once more, we now have a new contender to add to its hallowed ranks: There is Love in You begins with an absolute stormer of a triple whammy.

Opener ‘Angel Echoes’ is one of those wonderfully fragile pieces of music that makes you stop dead in your tracks and listen to every single sound and aching note lurking in its ethereal existence. It feels connected to moments from Four Tet’s first three records, yet discernibly more learned, utilising the words from the album title spliced into a reassembled abstract choral plea.

But it’s almost left looking average, such is the towering majesty of ‘Love Cry’; a monumental piece of work, encompassing everything that the last four years of interesting EPs, dubstep remixes and improv collaborations have hinted at, merged into a nine minute journey through Four Tet’s entire career. A recurring fractured vocal builds around the initial percussion, emerging from a hazy dawn like a summoning Siren coming out of hibernation before being reborn as an unrelenting bringer of destruction.

‘Circling’ is the calm after the storm, again deploying haunting phonetics that never quite make coherent sense, but which merge seamlessly with the delicate instrumentation underpinning the surface, and thus completing a wonderful opening trinity.

But the treats don’t end here. ‘Sing’ - a lo-fi, stop start piece of electronica – keeps cutting in and out like a short-circuiting laptop, but is confident enough to throw in some breathless Karin Dreijer Andersson-esque singing at the four minute mark. ‘This Unfolds’ feels like a timeless reimagining of - remember this one kids? - Dig Your Own Hole’s closing two tracks, whilst the recent weeks spent working with Burial feel intrinsic to the ambient space found in the brief but beautiful ‘Reversing’.

‘Plastic People’ is again heavily evocative of Kieran Hebden’s more recent work, ‘harder’ than previous album centrepieces - almost dancefloor bound and all the better for it; by contrast closer ‘She Just Likes to Fight’ feels like the only track here that could possibly have fitted in as part of that illustrious back catalogue. It’s a delightful end to the album and in some respects a reminder of how far ahead of their time those initial two records in particular were, though it is a slight shame after all the (re)invention that we end in a territory that’s slightly familiar.

But that’s just hair-splitting and is a concern unlikely to haunt your dreams once the album as a whole has infiltrated your consciousness. After all, that’s when Four Tet is at his best; gradually burrowing away at your waking thoughts with snatched samples of the outside world, combined with abstract percussion and subtle compositions.

The past four years’ experimentation has been highly beneficial; fresh, different, reenergised and very much deserving of a year ending in a ‘0’. Having such an ownable ‘sound’ can often be a blessing (see Fuck Buttons) or a curse (see Clinic) and trying to move forwards often results in albums taking tiny steps as opposed to large strides. But in There is Love in You we see one of the last decade’s most early pioneers reminding us all that he’s still just as important as ever.