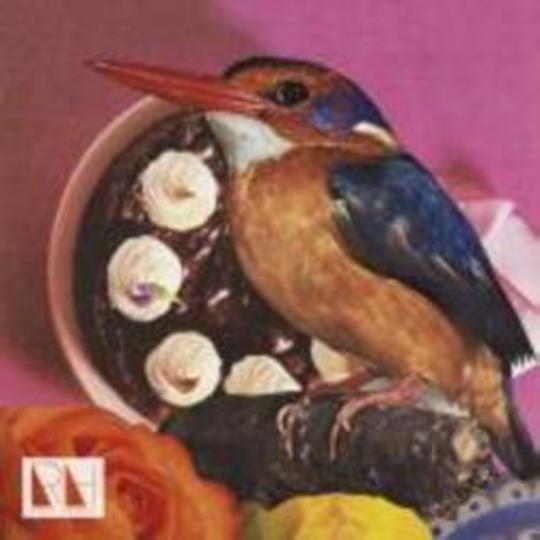 Since ditching the moniker Radio Luxembourg, things have started to look up for Race Horses. While they may have missed out on the tips for ’10 lists, debut album Goodbye Falkenberg suggests they shouldn't be having a crisis of conscience just yet.

Certainly there are flirtations with ‘kooky’, notably the must-be-single ‘Pony’. Building on the bopping synths and vocal histrionics of the band's early releases, Race Horses’ offbeat humour shines through clearly. The first ten seconds sound weirdly like they're carrying traces of John Barnes’ ‘World in Motion’ rap, before subsiding into gently bopping indie, pushed along by synths and Meilyr Jones’ erratic falsetto.

From the offbeat style of their debut single ‘Cake’, to the madness of latest effort ‘Man in My Mind’, it’s clear that Race Horses have aspirations of greater things. Their lyrical heritage is apparent, the rambling poetics of Gruff Rhys and Euros Childs' mad eyed sense of wonder the obvious touchstones, off-kilter humour colliding with erratic visions of the Welsh countryside.

For the most part Race Horses' blend of pop sensibilities and bizarre imagery creates a thoroughly enjoyable record. Tracks extol the virtues of home baking (‘Cake’), obsession (‘Man in My Mind’) and material lust (‘Scooter’), though there is, apparently, an underlying theme. Named after a legendary German sailor, Goodbye Falkenberg is a nominally nautical affair, chronicling a number of journeys, with cameos from the Cardiff boys’ previous singles thrown in for good measure.

‘Scooter’ sees the Chas'n'Dave/Formby template updated to the 21st century, with a shifting rhythm, cheeky solo and back room feel injecting a burst of pace. Goodbye Falkenberg is frequently ramshackle as it stands, but ‘Scooter’ makes the home-grown psychedelia of ‘Cake’ seem positively epic by comparison.

‘Glo Ac Oren’ provides a brief respite, as glockenspiel and bass entwine in a moment of rare beauty before the record plunges into the sublime ‘Voyage to St Louiscious’. Opening with a Spanish fanfare, it jolts the listener, before that familiar Welsh indie sound emerges with one of the sweetest choruses on the record.

Some pretty obvious bits of the last 40 years of pop music have been plumbed, robbed even, but there's an undeniable freshness to the end result. Conversely there are no traces of isolated genius, no artistic torment – Race Horses are driven by a sense of fun. True there are moments here when the record grates, the pointless ‘Discopig’ and ‘Intergalactic Space Rebellion’ doing little to help the record with two minutes of soulless noise, but such moments are outweighed by the frenzied Welsh disco of ‘Marged Wedi Blino’ and ‘Captain Penelope Smith’, which probably isn’t about the GMTV presenter.

Race Horses aren’t going to be hanging any gold records just yet. However, Goodbye Falkenberg is an off-kilter masterpiece, irrerverant, unadulterated and well worth a listen. It's a record that deserves to be heard… fuck the BBC's poll - make up your own minds.