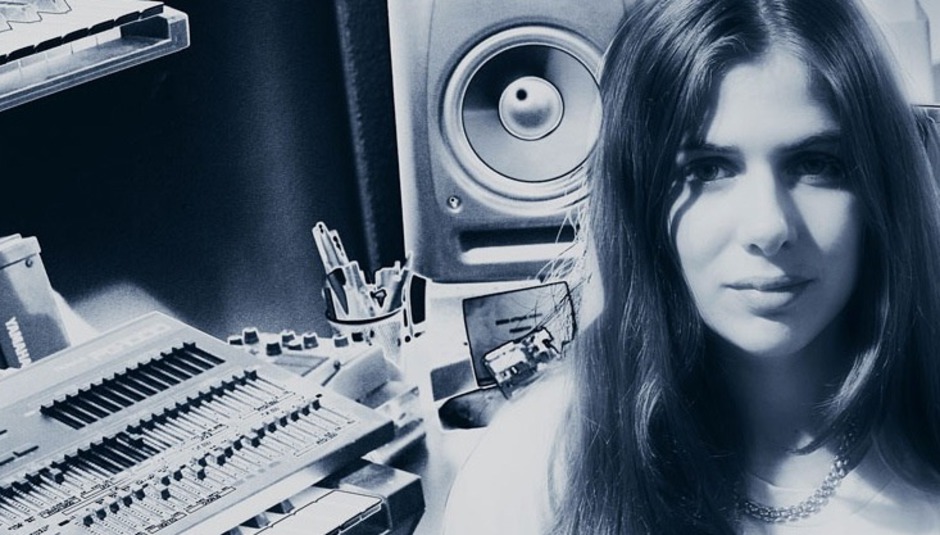 Thank fudge it's Friiiiiiday! Before the weekend lands, we have the super-serious bizniz of our weekly Spotify playlist for you.

This week's edition, like most of the ones before it, comes complete with inane commentary and plenty of links to things to see, do and read, written by DiS' team of critics. Maybe I'll throw in some threads from those irreverent buggers on the board too. Or maybe I won't.

If you don't know by now (this is number one hundred and twelve, where you been?), Spotifriday is a playlist of the best bits of our past seven days. Think of it like one of them cover mount cassettes you used to get with Melody Maker but without all that strange rubbery glue with tiny torn bits of paper that you'd find weeks later attached to your favourite hoodie.

Anyway, fire up this Spotify playlist by bashing your mouse here and listen whilst perusing the following links.

When news broke that the anonymous dub-bro is to work with Massive Attack on a special (read: EXPENSIVE) release, our boards lit up with excited threads like this one, where you will find a link so that you too can hear the collabo-remix.

You lot voted his immense debut album our Neptune (alt.Mercury) album of the year. And you'd be a fool to bet against said record appearing in DiS' top ten albums of the year. The elpee is also up for an award at the inaugural AIM Independent Music Awards, whose nominees were announced yesterday.

Speaking of the AIM awards, Björk has already been announced as winning a prize. Her new don't-call-it-an-app-album Biophilia was finally released this week. Did you read our interview with her, yet? I urge you to do so, it might just be the best thing we've ever run on DiS (Yes, EVER! You heard).

Whilst I wouldn't want to throw down a sexist tag-line, it's fair to say that whilst there can never be such a thing as 'new Bjork', Laurel Halo (pictured, above) appears to be coming close to reaching pioneering places that few people, male or female, have managed to reach for quite some time. This is a remix of a track by the equally awesome Sleep [insert infinity symbol that our site can't deal with here] Over (aka Stefanie Fanciotti), whose also on the brilliant Hippos In Tanks label, and has just released her super-lush new album Forever, which I'll be reviewing in due course (if no-one beats me to it). And which I mentioned in this "Albums everyone should hear before making their 2011 year-end list" thread. Alongside suggestions from our community in that thread, as well as on Facebook, Twitter and Tumblr, I've compiled a mega-long Spotify playlist of must-hear contenders for DiS' 2011 album of the year list.

Meanwhile, back to not-prematurely-discussing-year-end-lists, this week is the annual Iceland Airwaves festival, and before he nipped off to Iceland, John Brainlove put together this fantastic guide to the city of Reykjavik and tipped 5 of the the best new Icelandic bands, including, if it wasn't obvious, Apparat Organ Quartet.

9/10 reviews don't come along too often. Least of all from DiS' longest serving writer Dom Gourlay. So you should probably take a listen, yeah?

Sleaterkinneysupergroup Wild Flag, have a new album out this week, which similarly, got a good review and found itself in our recommended section. Were we wrong? Actually, you know 'we' don't decide the scores, 'we' just pick who reviews what, based on knowledge and interest in the act. So if you don't like it, go picket Tom Perry and invoice him for your time back!

It's pretty rare that Sub Pop sign an act from the UK. But Still Corners are pretty rare. The album got a good review last week, and this week we served up this full stream of their album, although you can also listen to it in full on Spotify, as it is now available in all good record shops.

Wendy Roby, who does our weekly singles column, loves so-called 'urban' music full of braps and she adores twee songs to listen to whilst cycling up hills. And yes, she does rather like Animal Collective. But, she also is amazing at finding truly baffling unique music that makes her giddy, and if you like it, that's a bonus. Here's this week's single of the week, from this week's singles column.

"When I hear Samuel Herring's voice I immediately think of the likes of Hayden Thorpe and Joanna Newsom..." and that's just the first sentence of Neil Ashman's 8/10 review of the new Future Islands album.

Oh Ryan, I know we've had our fallings out, and you ran off and married a beautiful Hollywood actress, and all that but why did you have to go and make another record that is actually rather brilliant? Or so says our man in LA who saw him at the Hollywood Cemetery and also David Edwards was quite taken by the new album, so rung Ryan up to have a chat about it, the results of which you can read here (Warning: includes a crush-inducing conversation with his cat).

This man is about so much more than Amelie. For starters, he's got a "wonderful" new album called Skyline that Dan Lucas very much enjoyed. We also had a chat with him the other week, too.

Right, nearly done... onto the last few tracks... Here's one from the Real Estate album, which seems to be dividing our readers from our writers. Meanwhile, it's also dividing our writers into 'I don't like it' and 'meh' camps but in dribs and drabs, it's actually quite good. However, whatever you do, DO NOT CALL IT CHILLWAVE.

Summer Camp 'Better Off Without You'

Some bands create the most amazing things, by hand, for you, which they share via us.

Have you heard this hot new band? Find out loads about him in The Classical #2.

Right then, that's it. Don't get too pissed this weekend but if you do, don't forget to drink some water. And why not preemptively grab some melon for breakfast, that's why The Pros do.