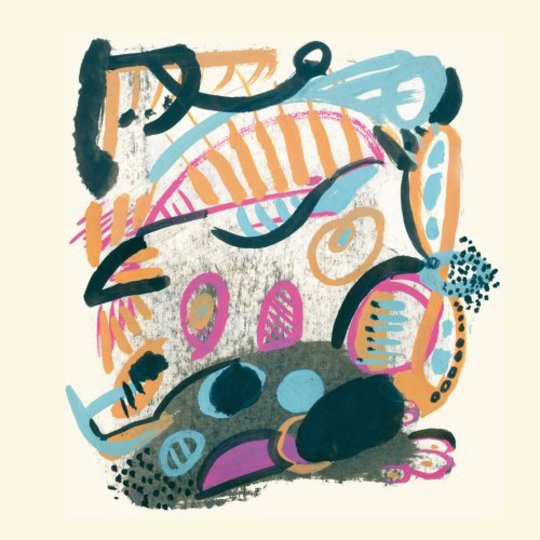 When I hear Samuel Herring's voice I immediately think of the likes of Hayden Thorpe and Joanna Newsom; great vocalists who are both affected and affecting, but about whom people will still always say 'I just can't stand his/her voice'. Future Islands' Herring slots right into that rather small list, his affected vocal style a blend of nervous tics and low grade mock-aristocratic quivering a little like Isaac Brock meets Swiss Toni. It sounds like an unlikely means of conveying depth or beauty, yet as last year's In Evening Air amply demonstrated, Herring is more than capable of combining pathos with artifice. This is even truer of On the Water, which continues the gentle reigning in of eccentricities without sacrificing character.

It is also a subtle musical refinement of In Evening Air's already expressive palette. Future Islands utilise synths for texture and mood whilst adhering to production that's lo-fi enough to tag them irrefutably as indie types, but On the Water is equally informed by its environment. The record was conceived and recorded in a studio on the waterfront of Elizabeth City, North Carolina and there's a maritime/seashore theme pervading the record. The most obvious traces are in the found-sound of gently lapping waves and clunking bamboo chimes which open the title-track (and album itself) and reappear at the close of 'Grease'. Penultimate track, 'Tybee Island', blends these sounds with ethereal keyboards to gorgeous effect; Herring's vocals are for once a subdued presence, repeating “If my head slips beneath the sand” as if it's of no consequence to him, as he disappears amidst the incoming tide and dying light of sunset synths.

For the most part however, it's the calming and contemplative atmosphere of abandoned shorelines in wan light which Future Islands evoke, lending the record a melancholic tone that dovetails nicely with Herring's heartbroken and retrospective lyrics. Upon hearing the bobbing vibraphone-like synths and a funereally thudding drum machine beat of 'Where I Found You' (recalling fellow Baltimoreans Beach House) it's difficult not to place Herring on a lonely beach surveying the sea as he indulges in some failed relationship reminiscence (“Look back, look back, hold on to the last, don't let today push out the past”). Gerrit Welmers illuminates those fonder memories (“I remember your smile, the smell of your skin, the way that you walked and laughed”) with twinkling synths trills. Future Islands have made their sound more expansive, but it's to their credit that they construct more panoramic surroundings whilst simultaneously conveying what the observer sees as he looks inwards and backwards.

'Give Us the Wind' is a stirring song of journey with a sky-scraping synth clarion call entwining with thin tendrils of echoey bass and Herring back in full-throated pomp proclaiming “When seeking truth the answer is the road, When seeking wisdom the journey is your home”. 'Close To None' picks this thread up eventually, after descending from the heavens in the form a two-and-half minute ambient intro a la Discreet Music-era Eno a four-on-the-floor beat and driven bass guitar propel the track back into the stratosphere. Another pulsating number with a false start intro, this time of more squeezebox, 'Balance' maintains a streamlined urgency with the driven bass guitar and trickling tinkles punctuated by an elephant-like synth hook; Herring's outlook meanwhile has developed from being stuck in the past to being patiently ready for the future, repeating “It just takes time” in a mode of constant reassurance.

On the surface On the Water might appear a somewhat samey affair, but it is never a chore; the songs are thematically and stylistically united with enough variation and nuance within that template to satisfy less patient listeners, in particular the instant gratification of single 'Before the Bridge'. It's the most danceable song by some distance (partially due to bassist William Cashion's decision to be Andy Rourke rather than Peter Hook for a change), tension building through submerged verses and exploding into melancholic euphoria on the glimmering choruses. Then there's bitter-sweet autumnal haze of 'The Great Fire', a duet with Wye Oak's Jenn Wasner, whose aching huskiness is not dissimilar to Herring's, but whose straight pathos makes for a complimentary contrast as it shadows his arch quiver and turns Herring's focus on another human figure.

In the grand scheme of things On the Water is probably too acquired a taste and too... well, alternative, to be called a great pop album, which is a shame as it has the tunes and in Samuel Herring one of the most captivating frontmen around. Nonetheless, if you can learn to love that voice (and I say 'Why not?!') On the Water is surely one of the most unconventionally beautiful records of the year.