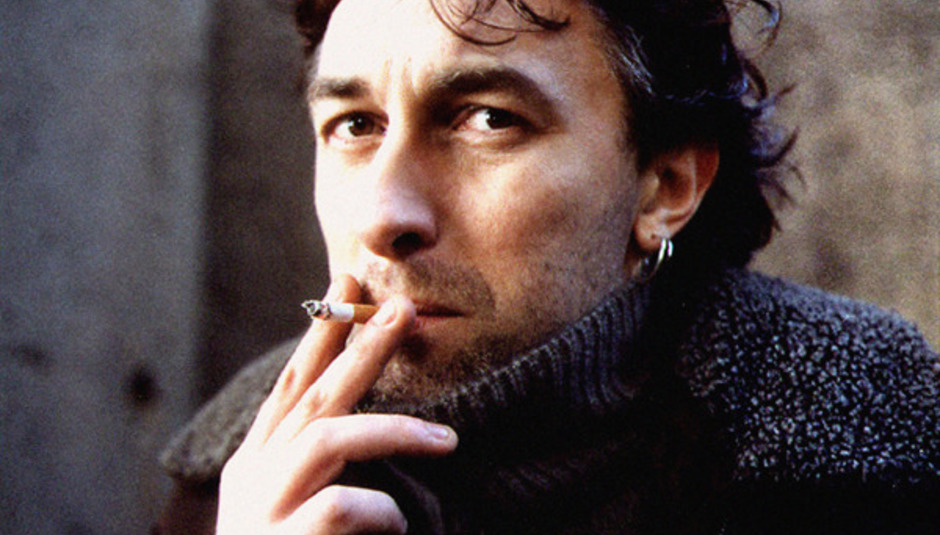 The idea of the impatient and precocious European (read: French) avant garde artist is a cliché as old as the hipster itself; consigned primarily to lazy yet unfathomably successful western “satire”. It is an image I was ashamed to have at the forefront of my mind at the start of my conversation with Yann Tiersen about his upcoming album Skyline as, luddite that I am, I hastily scribbled his responses shorthand in my notebook whilst attempting to penetrate his thick Brittany accent over the phone.

Whilst this involuntary reaction was unfair, it is at least defensible, as the first impression of Tiersen is that he is someone who gets bored quickly and easily. In conversation he was thoughtful and erudite, giving considered answers to my questions; however he was keen to emphasise the evolution of his work over the years and his passion for progress. Still, the interview could have opened better...

DiS: I was wondering if you could tell me a little bit about your influences on the new sonic direction on Skyline?

Yann Tiersen: Well I don’t think there is a new sound at all really.

It’s a case of natural progress, he patiently explains: continuing to explore new avenues and try new things rather than suddenly deciding to take a complete left turn.

”It’s not really a new sound; I mean the Amelie material wasn’t a soundtrack, it was all songs from La Valse des Monstres and Rue des Cascades, my first two albums. OK, the last album [2010’s Lars von Trier-esque Dust Lane] was different, but that’s only because it was five years since the previous one. The influences are the same though, the sound just changes naturally as I evolve as a musician” he elucidates, referring to his teenage passion for post punk icons such as Joy Division and The Stooges.

As ever, this (not) new sound was developed in two parts. “I like being alone and working in my studio at home, that’s how I work most of the time. Then we [Tiersen and his session musicians] play live too, and work on the songs there. I like trying to find new arrangements and playing with different instruments to see what works, but mostly alone in the studio.”

Not that Tiersen has much need for guest musicians when it comes to recording: I play most of the instruments myself; just some [guest] vocalists, although I do some of the vocals, and my drummer.” He goes on to explain that those he works with on the album – the likes of Robin Allender, Lionel Laquerriere, Stephane Bouvier and Olavur Jacobson (thanks, Mute Records press release) – are the live session artists he feels most comfortable with, whereas with drummer Neil Turpin he admits to a more straightforward selection process: “I really like his drumming.” With such an eclectic canon, at this moment he sounds almost embarrassed when talking about the simplicity of his approach to the record, but then for someone who talks about his love of “being alone and working alone in the studio”, it makes perfect sense.

Just as there are two sides to his recording process – his work alone in France and the live development of songs with musicians who “felt natural” – there are two sides to Skyline and live performances of the album. Yann is looking to make both as eclectic an experience as possible, with louder, more electronic parts juxtaposed with quieter, acoustic parts. He also talks about his desire to experiment with new instruments, and on these last two albums the move away from pianos, accordions and strings in favour of guitars and synths stems from his zeal for finding new challenges, to the point where live shows will often find him looking to develop new arrangements of his latest pieces. This is the way he has always worked, he asserts, and is the reason that he won’t be playing any old material on the upcoming tour.

Our conversation moves away from the album and towards recent developments in the music industry: how have they affected Yann, and would he consider alternative distribution methods in future, following the more “traditional” release of Skyline? Here, he shows a refreshing blend of realism and optimism: ”the audience has grown much larger” he says of his live shows when we discuss file sharing; interestingly, for an artist without a huge mainstream following, he does not condemn the practice, instead acknowledging and reaping its benefits - ”if someone hears my music then buys the record, then OK!”

In terms of the MP3 format itself, he is characteristically interested to see what the next stage will be, and how music can progress from there: ”I like vinyl, I buy a lot of vinyl, but then I also download a lot of music, which for me is no different than recording a song off of the radio. I am interested to see where we can go beyond the MP3. A CD is no more real than that, an MP3. Live is where it’s at... but I like vinyl, vinyl is cool.”

Ambitious yet grounded, eloquent yet unpretentious, forward-thinking yet nostalgic, and restless yet considered: Yann Tiersen is a model for the contemporary musician.

Skyline is released on 17th October through Mute Records.