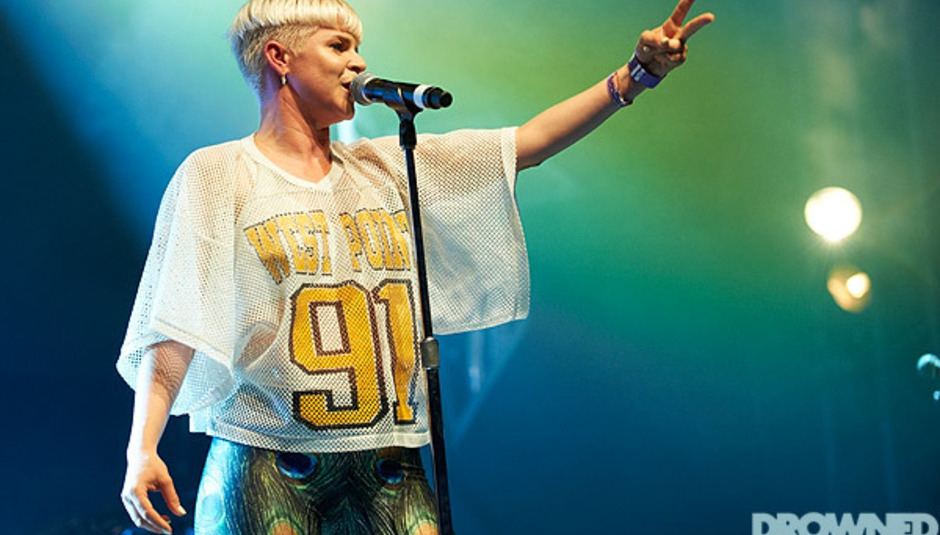 Spotifriday #97 - This week on DiS as a playlist ft. Robyn, Blondie, Pulp + more

Spotifriday #97 - This week on DiS as a playlist ft. Robyn, Blondie, Pulp + more

If you weren't at Glastonbury watching Beyonce perform the closing headline slot, watching the same thing on TV or on Twitter, swamped my a million tweets regarding the very same, then I think you were in a minority of people. We've just started putting up our Glastonbury coverage, which includes various bits of Beyonce Knowles, as you would expect.

We decided it would be best to split our Glastonburgers coverage up slightly, so we ended up with an overall review, above. He saw Metronomy. Read what he thought of them, and a ton of others, here.

Yep, we are quite Glastonbury heavy at this point. Sorry. But it doesn't really matter as this has been a great way to get things going. We sent - well, he went of his own accord - our Photo Editor Gary Wolstenholme to Pilton and he took some photos of the Superswede Robyn. You can see them here.

I'm not sure if YACHT were at Glastonbury. Possibly. But whether or not they were doesn't matter because a new YACHT record comes out on Monday, July 4. It's called Shangri-La which is, ultimately, an appalling arse-rim of a name for an album. The content's pretty good, though.

And now here's somebody to bring the mood right down. Mr Brian Eno. Or Breeno as he was known at school. He worked with Rick Holland on a new record, out on Warp, called Drums Between the Bells. It's an interesting concept, certainly, but not interesting enough to score more than 6/10, unfortunately.

Yep, Blondie are, somehow, still producing and making albums and neither I nor anyone else can really offer a sensible answer as to why. Their latest abomination comes out on Monday and is, all round, pretty crap.

7. Dananananaykroyd - 'The Greater Than Symbol And The Hash'

It's been a long time since that lovely Scottish lot produced anything remotely sedate. Believe it or not they weren't all completely in your face from the start, as this early track proves. Some people might say they were outright better then, some might not. Anyway, we picked their brains this week.

Another Swede, another one that was at Glastonbury and another one that we had a photo special for. This woman's eyebrows are amazing. As is this song. Some people might say her first record is better than her second. I agree. But others probably don't.

This song was prophetic, I feel, especially when it came to Google Street View, something you can now watch in 3-bloody-D. Amazing. About as amazing as the album it's taken from, too. That's being reissued, by the way, with an additional disc.

Another old group who are releasing something old-ish are Throwing Muses, who will release an anthology on their original record label 4AD. Yep, that comes with a bonus disc and unheard tracks, "rarities" and all that stuff, too. Exciting times.

Pulp also played at Glastonbury, but we shan't link you to that. What we'll do is link you to the news story that Jarvis Cocker's lyrics will be released as a collection by Faber & Faber.

Click here to listen to this week's Spotifriday playlist and here to go through our archive.