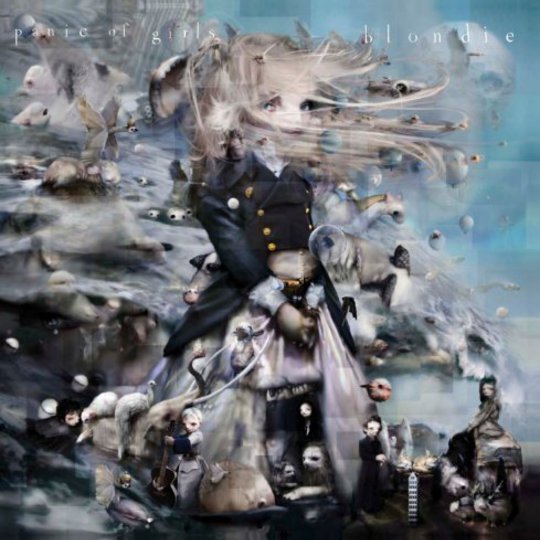 For a band regarded as one of the most influential and best of all-time, Blondie have made a lot of mediocre and outright bad albums. A lot of fantastic singles but, if we’re being brutal, the long-playing record has not sat well with Debbie Harry and co since 1979’s Eat To The Beat. Remove ‘Rapture’, ‘The Tide Is High’ and ‘Maria’ from their post-‘Atomic’ discography and anyone would struggle to compile a convincing ‘Best Of’.

On the plus side, this feeble heritage leaves Panic Of Girls a pretty low standard to meet. A convincing comeback single with two or three more offerings to slot into the latest world tour setlist and it is pretty much job done. ‘Mother’ stands up to the admittedly flimsy challenge, its FM-friendly clang of synth and strong sing-along chorus making for an undeniably fierce track. What’s most impressive is that at 65 years old, Harry can still belt out a line like “Mother’s in the building with her missing children” with the same vigour and tunefulness as she did in ‘Rip Her To Shreds’.

In a line-up of six, of which only Harry, her former husband and guitarist Chris Stein plus drummer Clem Burke remain from the ‘glory days’, many of these songs are carried by the ex-Playboy bunny’s ample reservoirs of charisma. ‘D-Day’ features a grim title and some grotesque clangers (“That was the day Doctor No said yeah”); however there’s an undeniable verve at the heart of the collective which refuses to be trampled in the face of such frequent mishaps. ‘What I Heard’ sounding like twenty-first century electro-pop as interpreted by someone with a pretty hazy recollection of teenage melodrama but just about rises to the angsty occasion. Probably because the band have taken to covering Taio Cruz, a master of melodramatic electro-pop, in their live shows.

Elsewhere Blondie continue their long-running career trend of flirting with a myriad of different genres to mediocre results. ‘Le Blue’ sees Harry channelling her best French chanteuse and falling flat on her face; the reggae-indebted ‘Girlie Girlie’ is infinitely better but still not great and the less said about the achingly slow merry-go-round of monotony that is ‘The End The End’ the better. As a general rule of thumb, when Stein ramps up the rawk all is well with the world. When Harry is left aloof to hold the fort whilst he piddles round adding a plodding ska rhythm to Beirut’s ‘Sunday Smile’, you’d be best advised to avert your ears. Whilst the six-piece are probably due plaudits for not resting on their laurels, these are largely cancelled out by the meagre returns they have collected on the gamble.

In a perverse way, Panic Of Girls is a definite return to form for Blondie after an eight year recording hiatus. The kind of form that has seen them scraping by on a mix of charm and a smattering of tunes since Autoamerican but still, a form of sorts. It will do for the festivals but not without considerable help from their back catalogue.