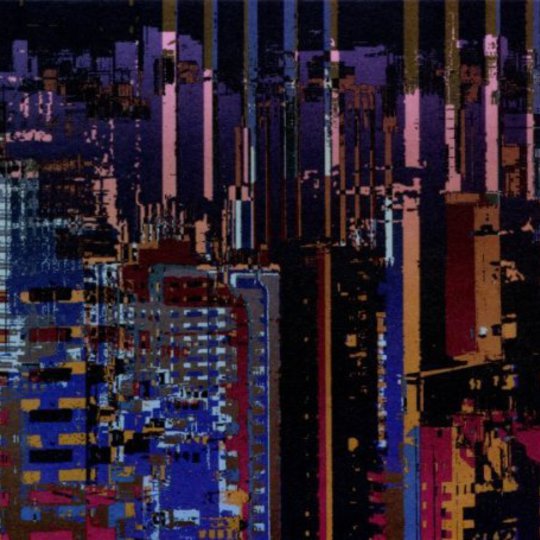 Where do song lyrics stop and poems begin? Unless you happen to be one of those rabid Dylanologists who aim to dissect every last line of the groaning walnut’s output – including ‘Wiggle Wiggle’ – it’s usually not hard to tell the difference. Of course, staking your syllabic tent in the muddy middle ground where words don’t fit neatly into the boxes marked ‘poem’, ‘lyric’ or, indeed, ‘prose’ can lead to all sorts of wonders, and little would be added to the greatest work of, say, Patti Smith, Gil Scott-Heron, Ivor Cutler, Arab Strap or MF Doom by printing it on archival paper and poring over it in silence. But at the same time, one definition of ‘poetry’ is a kind of self-sufficiency that lyrics lack: it makes its own music.

Which brings us to Brian Eno’s new album, featuring the words of one Rick Holland, poet. If you’ve heard of Holland, it may be because of Speaker Flowers, his collaboration with Eno at last year’s Brighton Festival where the empty rooms of Marlborough House were filled by his words and Eno’s generated sounds. In fact, the pair met in the late Nineties and have been collaborating sporadically for nearly a decade. On Drums Between the Bells, Holland’s poems are read by a number of people whose voices Eno particularly liked, ranging from plummy-toned actor Caroline Wildi to a Polish book-keeper and a woman he met on the street near his studio.

Musically, Drums Between the Bells is more outgoing than Small Craft on a Milk Sea, Eno’s 2010 team-up with Jon Hopkins and Leo Abrahams. Opener ‘Bless This Space’ sounds as though said benediction is being delivered from open-mic night at the local jazz-prog club, with Eno intoning solemnly over splashy drums, a synth riff that buzzes like a three-week-old steak and an unabashedly wibbled-out guitar solo.

‘Glitch’ abruptly changes tack, with a roboticised Grazyna Goworek presiding over a jagged yet ultimately unthreatening realm of pulsating data and flickering LEDs. It’s the kind of track that electro-snobs everywhere will brandish gleefully as proof that Eno hasn’t been within a patch lead’s distance of the cutting edge since the days when he hung out with Byrne/Bowie/Harmonia/Roxy. Put aside the feeling that you’re listening to 1995’s vision of 2005, however, and it’s possible to see ‘Glitch’ as the former pioneer telling us not to move so fast into the future that we prematurely cast ideas and styles aside. Either way, Eno is still apparently smart enough to recognise that for most listeners, it’s his synthscapes – cloudlike yet tactile, sharp-edged yet oddly benign – rather than less audible inventions such as Oblique Strategies that are his trademark, and there’s a welcome abundance of them here.

Holland’s poetry tends towards the sparse and meditative, which initially seems to make him a good match for Eno. ‘The Airman’, read by Aylie Cooke, combines a rumble suggesting the weight of Earth’s atmosphere with the wish to transcend it: “I will see what the airman saw / and higher, the view of the Astronaut / And higher, the tick of the satellite / and higher, where height morphs to night”. Yet the simpler Holland’s words, the more ponderous they seem. ‘The Real’ is perhaps the worst offender, with a perfectly pleasant slice of ambient synthtopia ruined by sentiments – “The flourish / Seeing the real in things / Really seeing the real” – more suited to a pastel-coloured bathroom poster.

The main flaw with Eno and Holland’s collaboration is that words which, read on a page or spoken into silence, might have the space to spark a host of mental images, here frequently seem flattened by the music. Or worse, the two elements cause a kind of cerebral syntax error as two ways of processing what’s heard battle for control of your synapses and neither wins.

Significantly, two of the album’s most moving tracks are the closing pair: sung, not spoken by Eno. ‘Cloud 4’ revives some of the calm-surface-anxious-currents ambiguity of Another Green World. After 57 loaded seconds of slight hiss titled ‘Silence’, ‘Breath of Crows’ follows. Amid a cavern of quivering windchimes, Eno once again dons hip priest garb, summoning up a funereal gravitas which might surprise those who had forgotten the broad streak of darkness lurking behind four decades of ‘top pop boffin’ stereotypes. See, Eno doesn’t need poetry. But he may have found himself a promising lyricist for the future.