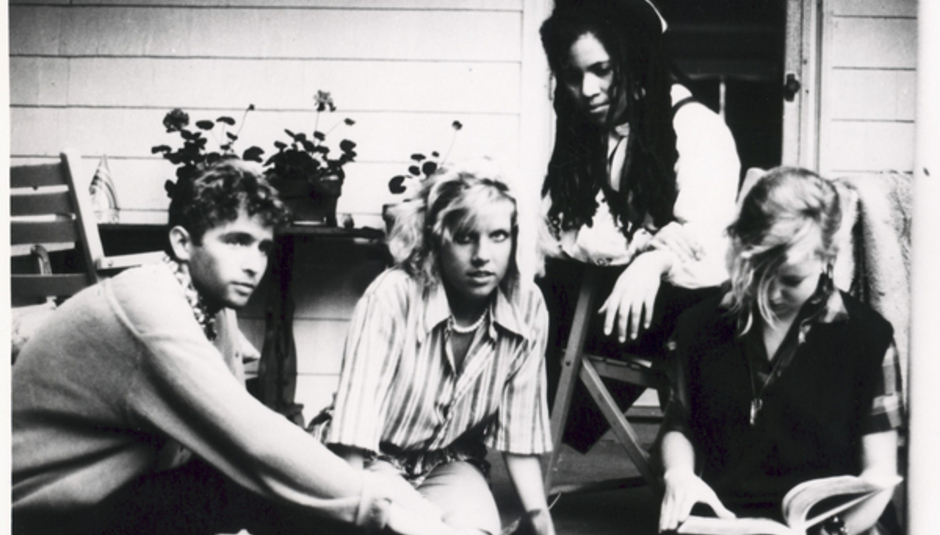 It probably will have escaped your attention, but this year marks the 25th anniversary of Throwing Muses debut record, which was perhaps self-titled and perhaps untitled but definitely released through 4AD. Well, that same record label will be releasing a compilation of Throwing Muses material on September 5, simply titled Anthology.

It was compiled by the band and will feature two discs, and also comes with a hardback book. There are b-sides and rarities aplenty, too, included one previously unreleased track called 'Hillbilly'.

Tracklisting and artwork both below: Here's what Kristin Hersh, of Throwing Muses, had to say on the matter.

It’s beautiful and substantial, thanks to awesome David Narcizo / Lakuna Design - a chunky, 28 page hardcover booklet and two CDs - one CD consisting of a hand-selected retrospective track-list by Kristin, David and Bernard, and on the other the collected B-sides, including the original Lonely is an Eyesore version of 'Fish', the long-lost 'Hillbilly' and the original version of 'Back Road (Matter of Degrees)'. And yes, the release will be supported by Throwing Muses live dates.

So that's good news. The live dates are perhaps better news than the announcement of the anthology, in fairness.