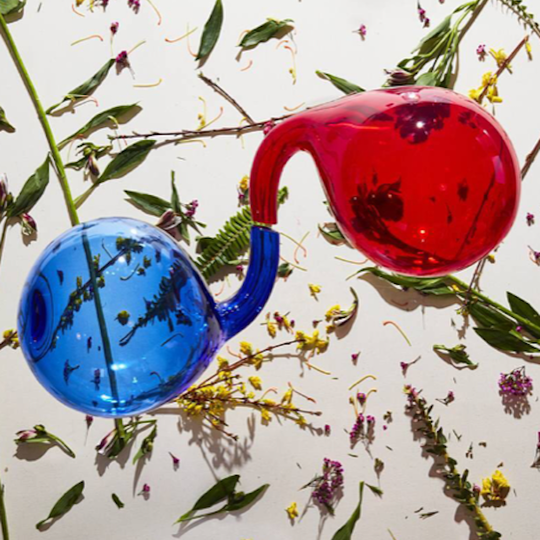 Much like any of Dave Longstreth's three or four-minute mind-bending epics, we have been on somewhat of a journey with Dirty Projectors. Since his breakout piece, the inspired Black Flag re-works of Rise Above to the band's crowning achievement Bitte Orca through to the folksy Swing Lo Magellan there was a period not that long ago where they were perhaps considered amongst one of the most exciting bands in the game. As a result, Longstreth has worked alongside Björk, Rhianna, Kanye West and Solange, as well as composed classical arrangements for the likes of Joanna Newsom and New York-based Ensemble LPR.

However, things turned sour during this period for the band, with longtime fellow key guitarist, vocalist and songwriter Amber Coffman departing from the band due to the demise of her relationship with Longstreth. Though she would work with him to produce her solo record City of No Reply as platonic friends, there was apparent bitter resentment on Longstreth's end, something he displayed for all to see on last year's self-titled album - ironically chosen given it is fundamentally a solo album. Dirty Projectors split opinion somewhat, as witnessing Longstreth peel away the curtain on some the band's most loved moments - such as his now apparent dismissal of the Coffman-fronted 'Stillness Is The Move' - was a particularly tough listen both as a fan of the band and the personal lives of people involved for the sake of catharsis.

It seems though, with their second album in as many years, Lamp Lit Prose, Longstreth has got through his dark period - not so subtly displayed by the self-titled's artwork - and is looking ahead again with a new optimism. Coffman's contributions are still missed, but Longstreth has enlisted guests such as HAIM (though they're not credited to a particular song here, one assumes their backing vocals are featured throughout in subtle places or were eventually axed), Amber Mark, Empress Of, Robin Pecknold of Fleet Foxes and Rostam of Vampire Weekend. Though this is still very much Longstreth-led, it's pleasant to have a little bit of a breaking up of voices with his assembled guests.

Musically, Lamp Lit Prose is Longstreth's poppiest, hook-laden and playful release to date. On opener 'Right Now', Longstreth literally "strikes up the band/while we can light the land" as a direct response to his new-found optimism away from last year's jadedness, apparently helped in part by the courtship of a new woman and a new grasp on his band's focus and intentions. Lead-single 'Break-Thru' only compounds this feeling with a full-on pop single about lust and love, with the woman in question being the breakthrough implied in the title for Longstreth. If this seems a little heavy-handed, you wouldn't be wrong, but then every Longstreth has done in his oeuvre has been heavy-handed, it's a style he's managed to craft into his own niche which keeps this supremely weird music so charming and listenable.

The more recent single ‘That's a Lifestyle’ in the most obvious ode to Longstreth's earlier work, all luscious acoustic guitars and battling vocal effects matching a very Longstrethean turn of phrase for the chorus. 'I Feel Energy' similarly does not lie in regards to its title as a brilliant slice of energetic afro-beat inflected pop with an infectious horns section leading the charge. In the album's heaviest effort, 'Zombie Conqueror' Longstreth reminds us he can still really rock out when he wants to using an excellent math-rock indebted riff along with a heavy drum beat to boot. Equally, Empress Of's guest turn here is the standout of all of the many visitors on the album.

Unfortunately, Lamp Lit Prose slumps a little in its second half, as, is often the problem with Longstreth's manic songwriting, the album starts to sag a little under its own weight, which is particularly notable for a sub-40 minute, ten-track album. 'What Is The Time' is a sexy R&B-influenced jam, but it's also the album's cheesiest moment, something again that Longstreth is often partial to a bit of, so one's enjoyment of it will very much depend on that. 'You're The One' is a short folk-ballad where Pecknold and Rostam literally just mimic Longstreth's melodies, making them feel a little underused, while the Dear Nora featuring closer has the feel of a warped 60s movie soundtrack.

Ultimately, Lamp Lit Prose is a far more enjoyable listen than last year's self-titled in terms of content and feel alone. While that album still managed to create some magic, there was a marked difference between Amber Coffman's era and now, which while is still present, has at least begun to put a step forward into what lies ahead for Dirty Projectors rather than the complete self-immolation of its previous attempt. It seems, however, that while Longstreth has indeed found a 'Break-Thru' he still has some way to go if he's to return to his former glories which, perhaps, are now unobtainable.