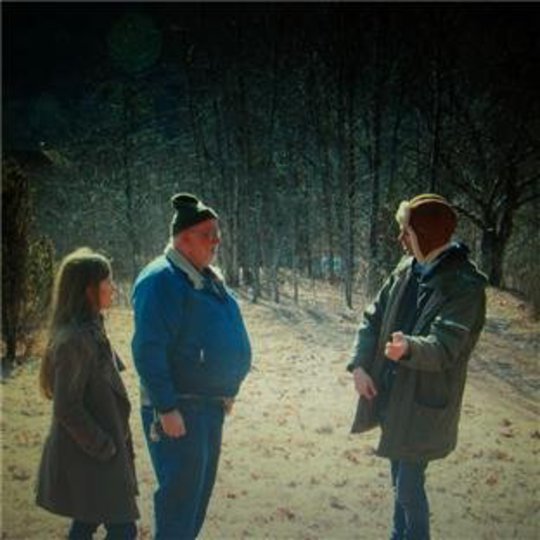 The difficult second album is often a fine measure of a band’s mettle. That The Getty Address, the second album proper credited to Dirty Projectors, took the form of an opera about The Eagles’ Don Henley spoke volumes about frontman Dave Longstreth’s penchant for esoterica and high concept. Now, the breakthrough success of 2009’s Bitte Orca has placed Longstreth under the weight of expectation once more, but Swing Lo Magellan sees him taking a different tack entirely.

In order to escape external pressures, Longstreth decamped to a remote house in Delaware County, NY and began rattling off the backlog of new songs that had been forming in his mind during months stuck in the tour van. It sounds a liberating process, and the end result is an album unburdened by knotty theory. 'It’s an album of songs,' Longstreth has stated, 'an album of songwriting.' Sure enough, Swing Lo Magellan is full of straightforward song structures and – whisper it – considerable pop sensibility.

And yet at no point does it feel anything remotely like a shot at the mainstream. For one thing, the arrangements remain decidedly off-kilter, from the intricate guitar work and handclap percussion of ‘Just From Chevron’ to the woozy knocks and burbles that underpin ‘See What She Seeing’. Tracks like ‘About To Die’ feel like the musical equivalent of an artist gleefully raiding the paint box, smearing the canvas with whatever he can find. Even in pop mode, Longstreth is a decidedly complex and abstruse proposition. Listeners to ‘Dance For You’, for example, must contend with densely multi-tracked vocals and a jarring orchestral interlude, while the climactic moment of ‘Gun Has No Trigger’ is not a chorus but rather a bracing burst of harmony from Amber Coffman and Haley Dekle (Angel Deradoorian doesn’t feature on this record). Indeed, Swing Lo Magellan is an album chock-full of such jolts, from the surprise of the title track’s incongruous pastoral folksiness to the unfettered aggression of Longstreth’s vocals on ‘Just From Chevron’.

As well as being an album of songs and songwriting, it’s also an album on which the rawness of the recording process is given equal billing with the end result. So, we hear Longstreth clearing his throat before he takes the mic on opener ‘Offspring Are Blank’, while ‘Unto Caesar’ has Coffman and Dekle asking where they should come in and what exactly they should be singing. The effect is invigorating, and as the album closes with the sublime ‘Irresponsible Tune’, it all begins to make sense. Via the medium of a Broadway-style soliloquy, Longstreth laments his music’s impotence in the face of the horrors of the real world – “In my heart, there is music / In my mind, there’s a song / But in my eyes, a world crooked, fucked-up and wrong”. It’s downright irresponsible, it seems, for music to engender complacency – hence the album’s joltiness – or for musicians to saunter in the realm of whimsical concepts – hence songs with the noticeably weightier themes of birth (‘Offspring Are Blank’), death (‘About To Die’), desire (‘See What She Seeing’) and romance (the disarming love song ‘Impregnable Question’).

Even in the band’s marketing, the notion that music should carry weight and significance is apparent, with the ephemerality of the iPod age - as lampooned in the video for ‘Gun Has No Trigger’ - being pithily offset by the ‘Tablet Of Values’ vinyl format of the single, which has as its B-side a Sumerian Akkadian cuneiform etching of the song’s lyrics. As Longstreth says: songs and song writing. Swing Lo Magellan, then – deadly serious even at its most eccentric, wilfully awkward even at its most accessible, dense and intricate even at its most freewheeling. Same as it ever was.

Love Is The Plan, The Plan Is Death