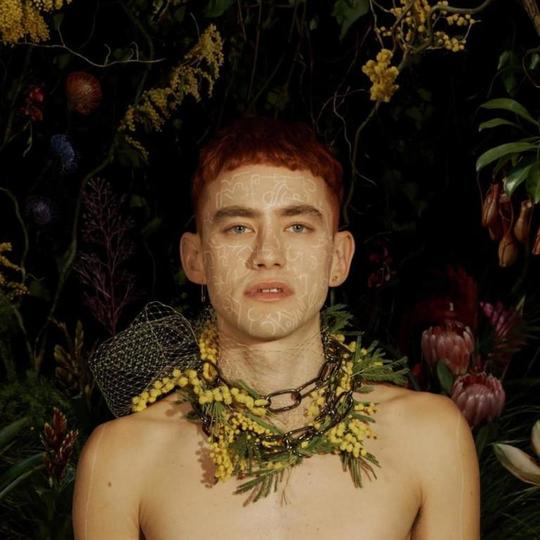 Palo Santo is supposedly inspired by the concept of a genderless dystopia populated by androids, but I wouldn’t take that at face value. This is not a Muse record and any science fiction is thankfully kept to a bare minimum. Instead, the lyrical concerns of Years & Years’ surprising and often outstanding second album will be familiar to any fan of modern pop. This is a record about love and sex and the dizzying myriad of emotions that circle around those two things; even the Palo Santo of the title track refers to a man rather than any futuristic setting. But, what the conceptual ambition of Palo Santo does show is Olly Alexander and co. are dreaming big this time.

Years & Years first rose to national attention with a run of sharp dance-pop singles and support from the BBC’s Sound of 2015 poll. Their debut album, Communion, was billed as an antidote to bland, cookie-cutter pop but felt curiously unadventurous, settling for a pleasant radio-friendly sound. Some moments were worryingly close to the Starbucks balladry of Sam Smith. It is a pleasure then to say that Palo Santo is smarter, bolder, and catchier than its predecessor and better in almost every way.

The topics that informed their debut are still present on this album (heartbreak, sexuality, and guilt all reappear) but they are approached with more nuance and a more explicit queerness. Years & Years take more care to twist the pop tropes they use. The album’s lead single, ‘Sanctify’, tells a tried-and-tested story of a man tempted by homosexuality, except this time it is Alexander who is the seducer. The title of ‘All for You’ suggests virtuous devotion, but actually refers to the selfishness of an ex-lover.

There is still a sense that Years & Years are better at synthesising popular ideas than they are at creating them. The reggaetón beat on ‘Rendezvous’ is suspiciously topical, while ‘Palo Santo’ flirts with the inoffensive drum & bass that turned Rudimental and Sigma into radio darlings. But the references are less obvious than they were on Communion and feel less calculated. ‘Karma’ swings like an old Stevie Wonder song, while Alexander’s vocals on ‘Hallelujah’ are an excellent update of Off the Wall-era Michael Jackson. On ‘Sanctify’, Years & Years make no effort to hide their debt to Timbaland and the Neptunes’ minimalist pop. Thanks to Alexander’s confessional lyrics, Palo Santo feels like a progression of these ideas, reimagining pop history with a more direct acknowledgement of the contributions of LGBT art.

The good work peaks with ’If You’re Over Me’; a single which sounded slight on first impression but soon reveals itself as the album’s centrepiece. Its groove recalls the bounce of Sixties girl groups, retelling a story of a love which blows hot and cold, and is paired with a synth riff so perky it would be at home on CBeebies. Like all great pop songs, it sounds instantly familiar while feeling like it could only be the work of this one band. After an early career which succeeded by mimicking other artists, it is a single which Years & Years can truly call their own.

There are still minor problems with Palo Santo. For example, some of the album’s later tracks, notably ‘Preacher’, play too closely to pop’s rulebook. But, Years & Years get away with it, if only because the song-writing remains strong, even when it feels a little generic. Palo Santo is also a rare pop record which feels like it was designed to be listened to as an album. The hit singles are still here - ‘Rendezvous’ feels like a smash-hit in waiting - but there is room to breathe and the track-list’s weaker songs contribute to the flow and thematic concerns of the album.

The process which led to Palo Santo was defined by a question Alexander asked himself – what do we expect a male pop star to do? In the simplest sense, we expect stars to dazzle and amaze and to feel just a little bit unattainable. Years & Years did not sound like that on Communion, as they were one of the UK’s many approachable boy-next-door pop stars. But, on this record they have taken a bold step forward. It shows them as a band with greater vision and ambition than they first seemed and one who want to lead conversations rather than follow them.