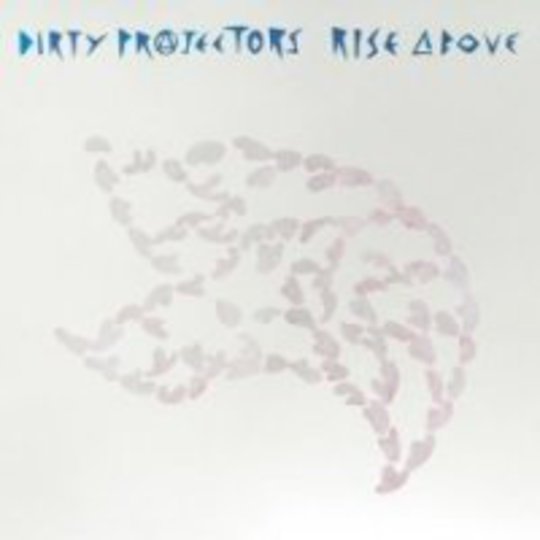 As novel projects go, David Longstreth’s latest is a doozie: take the much-admired debut album from an influential hardcore punk band that you listened to repeatedly in your youth, and attempt to rework it; rewrite it from memory as 42 minutes of harmonies and skewed rhythms fit for your experimental outfit.

Dirty Projectors’ Rise Above is thus guaranteed to be interesting – either genuinely so, or the kind of ‘interesting’ that people use to describe dodgy outcomes from odd but entertaining ideas – as Longstreth attempts to restructure Black Flag’s Damaged, replacing the angry shouts of double-hard Henry Rollins circa 1981 with layered vocals and a leisurely vibe, recycling and looping the lyrics along the way. ‘Chalk and cheese’ doesn’t even begin to cover it, so opposed are Longstreth’s clean-cut, soulful vocals and cooing female backers to the punchy snarl of Rollins; Black Flag’s straight-to-the-point style replaced with lines endlessly repeated, the frantic tempo dissolved and reintroduced into society, reformed and well-behaved.

But the first listen to Rise Above is horrible. It sounds like Youssou N’Dour dying down a microphone as Longstreth’s vocals endlessly wander up and down the melodic scale, like he’s trying to hit just one note but has to take in the neighbouring four in the process. His voice, too, grates initially with his unique vocal style sounding like all his parts were sung backwards and then reversed for the full Twin Peaks effect, and his female companions - stolen, perhaps, from The Streets' 'Blinded By The Lights' and soaked in alcohol - arrive in the same warped manner, the band behind staggering intentionally blindly left and right through every song; stopping where you think they’ll start and kicking back in when you think they're finished just because they can. It’s all a bit like hammering pieces of a jigsaw together that shouldn’t go, just to make the picture on the front a bit more abstract.

Sure enough, get past its unconventional approach, forget that it’s anything to do with Black Flag and just listen to it for the piece of music that it is, and Rise Above becomes that much more pleasurable to listen to. The ‘us versus them’ of ‘Police Story’ pairs the softest of Rise Above’s arrangements with the most abrasive of its lyrics as slow folk guitar and some wind instruments score a foul-mouthed tirade that switches between calm statements and screeching desperation to full effect, whilst elsewhere, the soulful harmonies and clean funk guitar of the album’s closing (title) track is the most conventional, and arguably best, of them all.

In a way it’s a shame there wasn’t a little more of this sound across the album as a whole, given the superior job it does of contrasting hard-hitting themes with the lightly funked-up experimental rock, all the time shadowed by the hint of soul that Longstreth's vocals provide. Instead, there’ll always be a suggestion that Rise Above is just namby-pamby, pretentious, art-for-art’s-sake bollocks, and those whose ears pricked up at the Black Flag connection may well be disappointed that it rarely bears any similarity to its 'parent' album, but either way, at least it’s interesting.