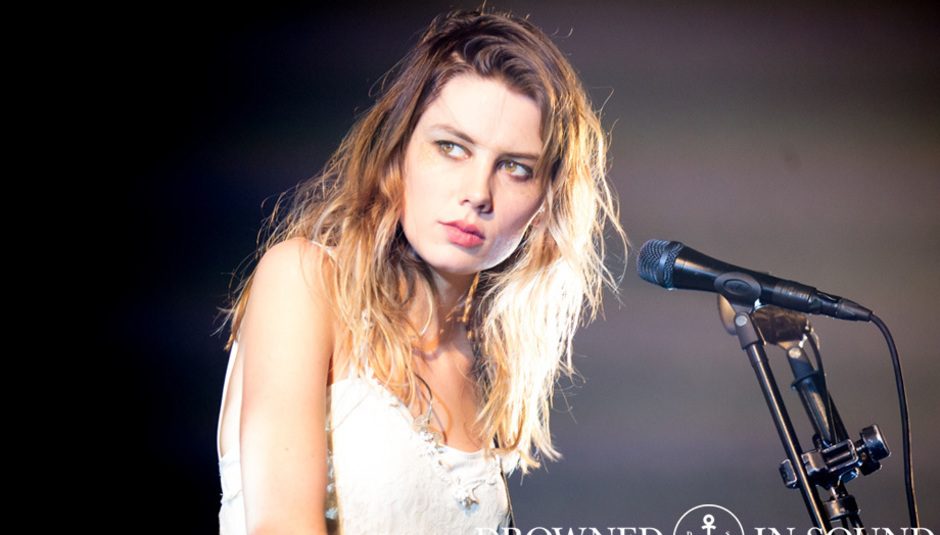 The upwardly mobile trajectory of Wolf Alice should be an inspiration for struggling bands everywhere. Not only is it a testament to their tireless work rate and unflinching self-belief, it's also a resounding two fingers to an industry that's seemingly hell bent on rewarding instant success and nothing else.

In the five years of their existence, they haven't rested on their laurels and looked for someone to blame. Instead, they've developed at their own pace, progressed as songwriters and become one of the most consistently engaging live bands on the planet in the process. So when their first long player My Love Is Cool found itself in the upper echelons of most people's best of lists two years ago, not to mention being nominated for several prestigious awards all over the globe, Wolf Alice's transition from cult band to phenomenon was already in full effect.

Sold out shows across the UK in venues they'd only previously visited as a supporting act told its own story. As did their bold move to omit 'Blush' and 'Moaning Lisa Smile' - arguably two of their finest and most popular songs up to the album's point of release. It demonstrated an unshakeable air of confidence and belief in their own ability; quietly ambitious yet always prepared to learn. Of course the million dollar question on everyone's lips was always going to be how can they follow it? After all, second albums are meant to be painstakingly difficult. Impossible in some instances. So in the case of Wolf Alice it goes without saying they're about to unleash not only one of 2017's finest, but also a record that goes against the aforementioned grain.

So with the new record finished, and two of its songs appearing online in recent weeks, it was time for Wolf Alice to get back to where they've always been most comfortable. On stage playing to a live audience. While there's no doubt the advent of the internet has contributed towards their increased recognition, their relentless pursuit in engaging with people via the medium of live performance has catapulted them into the hearts and minds of an adoring fanbase that grows with every passing show. The old school doctrine known as "word of mouth" is well and truly at large here.

With a tour of major UK venues already scheduled for November, it made perfect sense for Wolf Alice to seize the opportunity to road test new material in some of Britain's most intimate venues. Spread across eight dates that sees them travel to outposts as far and wide as Dundee, Tavistock, and Pontypridd, it's not so much a case of going back to their roots but more about recharging the batteries. Continuing from where they left off. And reminding people why they fell in love with them in the first place.

Here in the salubrious settings of The Venue in Derby on the opening date of the tour, there are no first-night nerves as Wolf Alice launch into their fourteen-song set with 'Don't Delete The Kisses'. Making its live debut this evening, Ellie Rowsell's delicate coo is eerily reminiscent of Saint Etienne's Sarah Cracknell around the time of her band's magnificent opus Foxbase Alpha, representing another diverse string on Wolf Alice's free flowing bow and serves as a most welcoming introduction to both Visions Of A Life and this evening's proceedings.

Of the five new songs played this evening, it's possibly the one that will ensure they break even more new territories. Interspersed with songs from their first record and before, there's no point during tonight's set where it feels uncomfortable. While these shows might be billed as live rehearsals of a sort, the new songs are treated in the same way as a best man's speech at a wedding; polished but not overly so. Which means 'Yuk Foo' remains their best vitriolic two and a half minutes to date. A song written on the road last year and aired during the Stateside leg of the My Love Is Cool tour, it's set to become a live favourite over the coming months and sandwiched between 'You're A Germ' and 'Lisbon' ensuring the sweatiest of moshpits is in full effect from the word go.

The more reflective title track from the new record once again finds Wolf Alice delving into previously unoccupied areas. 'Visions Of A Life' takes its inspiration from the earliest incarnations of shoegaze with a krautrock twist. Elongated to the point of becoming anthemic, it has a finite quality about it that's sure to soundtrack an encore or two in the not too distant future.

'Beautifully Unconventional', made available online earlier in the day, finds the band traversing the world of pop at its most conventional. Once again highlighting Rowsell's gift for observational storytelling, it's a delightful spanner in the works that draws several hundred gasps of adulation from those present. The final new song aired tonight, 'Formidable Cool', once again showcases the band's ambition to add to their all encompassing palette.

By the time 'Giant Peach' brings tonight's show to a close, sweat dripping profusely from the ceiling, those 300 devotees in attendance are well and truly enamored at what they've just witnessed.

2017 is set to be a big year for Wolf Alice and their ascendancy is only on course to scale even greater heights.