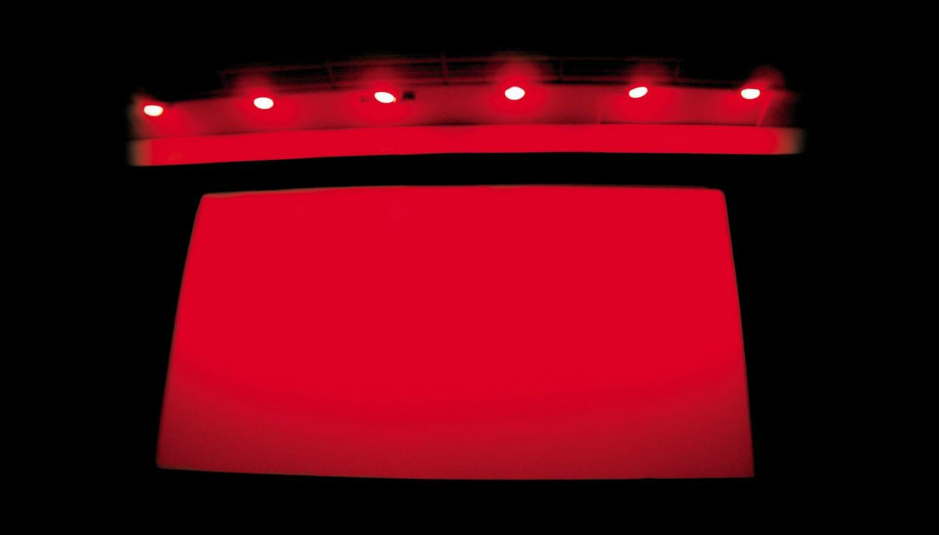 The Friday Fangasm: Turn On The Bright Lights by Interpol

The Friday Fangasm: Turn On The Bright Lights by Interpol

Last week, Interpol announced a long overdue tour this summer to commemorate the fifteenth anniversary of their debut Turn On The Bright Lights. Originally released in August 2002, Turn On The Bright Lights actually failed to make the top 100 of the UK album charts back then, the record finding itself buried by media hyped outfits The Strokes and The Libertines, whose debuts emerged over a twelve month period either side of it. Hailed as a seminal album at the time, its critical acclaim and subsequent high placing in many end of year polls weren't matched commercially by sales figures and it took another nine years for the record to attain Gold status in 2011.

Nevertheless, it has become almost synonymous with the new millennium as a standard bearer of this century. Timeless in the extreme, it's now widely regarded as the finest debut - if not album full stop - of the 21st century. As with many of their peers at the time, Interpol drew much inspiration from the UK post punk scene of the late 1970s and early-to-mid 1980s. Listening back to Turn On The Bright Lights and indeed most of their output from around that era, both The Chameleons and The Cure were clearly a big influence on their sound. While some lazy journalists suggested they were in thrall to Joy Division (and undoubtedly both they and New Order also play a part in the band's make-up) - largely due to vocalist Paul Banks' baritone delivery - the structural elements of their songs such as Banks and Daniel Kessler's layered twin guitar melodies coupled with Carlos Dengler's bass driving from the front alongside Sam Fogarino's punching drum sound ('PDA' in particular) owes more to the aforementioned Chameleons delivery than any other band.

Recorded the previous November with Peter Katis and Gareth Jones at Katis' studio in Connecticut, Katis having worked on Mercury Rev's Deserter's Songs and All Is Dream among a host of other records prior to hooking up with Interpol. If his track record had been impressive so far, it was about to go stellar with Turn On The Bright Lights.

Comprised of eleven songs in total, it's a record that can wholeheartedly boast having no filler whatsoever. From beginning to end, every note and every syllable strikes a chord to play a vital part in its construction. Those opening notes to 'Untitled' still send shivers down the back of one's spine a decade and a half later. Arguably the greatest introduction to an album since 'I Wanna Be Adored' heralded The Stone Roses arrival in 1989, its simplicity is what makes it so special, each instrument coming in to the mix individually at the precise moment causing the song to build, Paul Banks repeating the words "I will surprise you sometime, I'll come around" over and over again, its chilling mantra fitting incisively with the luscious sounds that surround it.

Running through the album's tracklist feels like a who's who of long standing acquaintances, each song having its own sobriquet of sorts. So we have The Smiths-y one ('Say Hello To The Angels'), the one about stabbing yourself in the neck ('Obstacle 1'), the one about the butcher who had sixteen knives ('Roland') and the album's irrepressible centre piece ('NYC') where Banks declares "It's up to me now turn on the bright lights" over shimmering glissando guitars that scrapes the sky from its natural habitat with every lilting note. Then there's 'Stella Was A Diver And She Was Always Always Down', possibly the only song on record that compares a blow job to a scuba dive.

'PDA', one of the first songs ever recorded by the band dating back to 1998 which featured on their Fukd ID #3 EP for Chemikal Underground two years earlier receives both a sonic and lyrical reworking here. What ensues is a song that's become a staple of any half-decent DJ's set ever since, its angular rhythms blending majestically with a post punk panache that doffs its cap to Wire and Talking Heads at various intervals. Delve a little deeper towards the back end and there's three-songs-in-one epic 'The New' beavering away before 'Leif Erikson's cataclysmic dreampop brings the album to a close.

Even lesser feted numbers 'Hands Away' and 'Obstacle 2' have their place, sat calmly at the midpoint, almost as a way of providing ten minutes of breathing space before the colossal 'Stella...' kicks proceedings back into life once more.

Then of course there are the songs recorded around the same time that didn't make the cut. 'Specialist', a focal point of their live set for years and still a firm favourite with many, finding itself stuck as track three on the Interpol EP alongside 'PDA' and 'NYC' which preceded the album by two months. While it's difficult to improve on what could be considered perfection, the inclusion of 'Specialist' would surely elevate Turn On The Bright Lights to even greater heights.

Nevertheless, Turn On The Bright Lights is a timeless stone cold classic that's matured gracefully with age, and while its creators output for the most part since has been of a consistently high standard, this remains Interpol's defining moment.

For more information on Interpol, visit their official website.