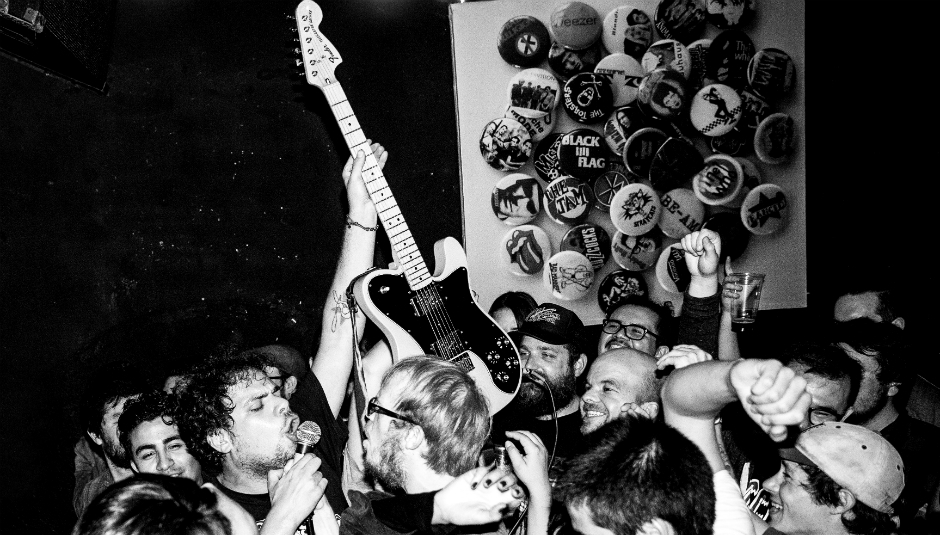 Hello everyone. Welcome to the first edition of Left Of The Dial, the new DiS column where I’ll be keeping you up to date with the best new releases in rock music.

In future, this will probably act as a quarterly recap where I force you, by the power of the written word, to listen to some records that I think are great. I’ll be covering punk, metal, hardcore, emo and loads more in an effort to highlight the best of everything that comes under that looming umbrella of ‘rock’. Oh, and I’ll be mostly avoiding things that DiS have already covered and instead focusing on things that might’ve gone under the radar here and elsewhere.

To get us started – think of this as a pilot episode - here are some of the best releases from last year that, in my humble opinion, just weren’t shouted about enough.

On Cardinal, Pinegrove managed to tinge their heartfelt indie-rock with a distinct country twang and make it work brilliantly. Trust me, it’s better than that sounds like it would be. Thanks to its porch-dwelling haze, this might be a record that’ll have a bigger impact on you when spring eventually rolls back around, but this is an essential listen for anyone with a soft spot for Americana.

Haunting, visceral and overbearingly claustrophobic, this isn’t an easy listen in the slightest. With that challenge, though, comes great reward as the album takes you on a twisting, turning journey that’ll stay with you long after your first listen. At its core, this is black metal being played by a hardcore band and as a result there’s a perfect balance struck between explorative, progressive tendencies and vital immediacy.

Cards on the table, I never really ‘got’ AJJ (or Andrew Jackson Jihad as they were once known) until this album. The folk-y weirdness of their lyrical strands and the skittish hyperactivity of their approach is something of an acquired taste, but on The Bible 2, they’ve managed to rein it in just enough to create an accessible and brilliant album while still retaining their character. It’s the perfect place to start with this band.

That this is only the debut album from Melbourne trio Camp Cope is frankly ridiculous, such is the quality of the songwriting on show. Combining their at times minimalist indie-punk approach to instrumentation with some of the most starkly honest lyrics you’ll hear results in one of the most intimate listens of 2016. Whether the topic is enraged rebellion, disaffected resignation or something in between, vocalist/guitarist Georgia Maq has a knack for drawing you in and making it all your problem too.

With Super Unison featuring members of hardcore cult-legends Punch and emo icons Snowing, I went into Auto with super high expectations. And they smashed them. Frantic and aggressive, this album sinks its manic claws in right out of the gate, and doesn’t let go for a second of its twelve tracks. Vocalist Meghan O’Neil Pennie is the star of the show here with a performance that is sarcastic, cutting, and furious in equal measure.

If the entire point of this column is to shine a light on albums I think deserve it – and it is – then Worry. is an essential inclusion. Jeff Rosenstock’s trademark dark humour is channeled through a filter of complete and utter defeatism as he takes bemused stock of the world around him on both a personal and global level. Aside from the subject matter, the sheer variety of songs on show here is incredible and sees Rosenstock evolving from DIY cult hero to all-time great. This album deserves to go down as a modern punk classic, and I implore you to give it 35 minutes of your time.

The Friday Fangasm: Turn On The Brigh...

The Dears Track By Track Guide to Tim...