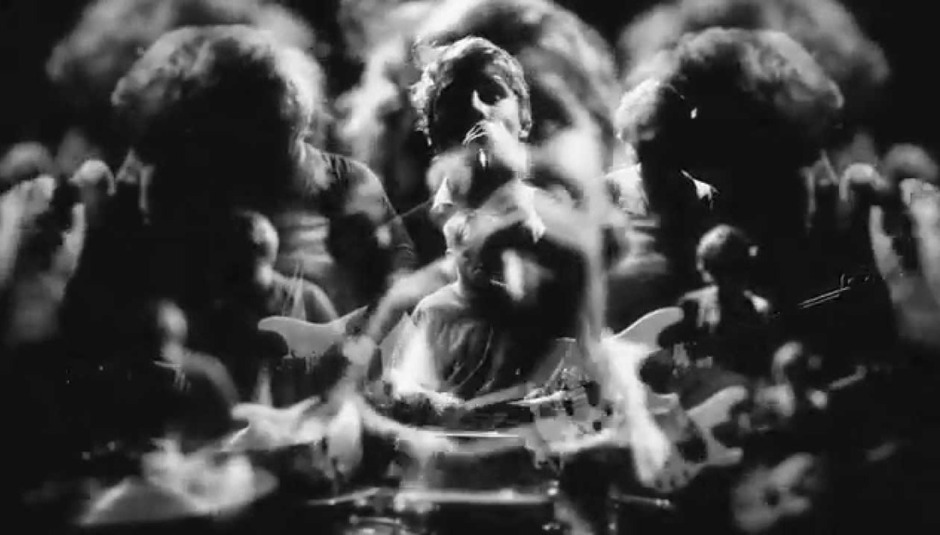 New year, new hopes. DiS staff members pick tracks by new acts to look out for for in the year ahead.

Whilst the Brits Critics Choice may've told you that James "so middle of the road his LP will come with Highway Code markings" Bay was going to rule 2015, and Years and Years were the BBC Sound of 2015 "winners", we suspect - much-like Florence, Jessie J and Joe Lean & the Jing Jong - these potentially popular-for-a-summer acts aren't likely to be setting the average DiS readers' world on fire anytime soon. It's fair to say those two probably won't even make the so-called "critics" who voted for them's albums of the year lists... Not that we can promise all of the below will even have albums out in time to make it onto our list, but some of them might.

Instead of compiling a list of major label priorities, we asked our team to pick one act and write a paragraph about why they think you should be drawing a circle around their name if you spot 'em in your local gig listings, festival line-ups or see their new single next time you're in a record shop.

Dave Hanratty's choice: How do you build on a truly stunning six-minute maelstrom of powerhouse paranoia that won rave international notices? If you're Dublin's Girl Band, you take the promise of 'Lawman' and roll out 'The Cha Cha Cha', 25 seconds (that's all, folks) of further mayhem. Then you follow that up with the pulsating 'De Bom Bom' and sign to Rough Trade, whetting appetites nicely for a full-length debut that will hopefully arrive inside the next 12 months. In an increasingly busy scene, the foursome with the wonderfully un-Googleable name represent Ireland's great new musical hope. Most likely to: Be compared to The Fall a lot.

Sam Moore's choice: Impressively straddling both coasts of the U.S. (if the PR claim that they're based in both LA and NYC is to be believed), sibling duo Wardell are looking to cover even more ground in 2015 with the February release of their debut record Love/Idleness. The sweet coos of lead vocalist Sasha and the well-crafted guidance of multi-instrumentalist Theo make for an often-irresistible package that borders on twee without making you want to rip your ears off in repulsion of its sugary-sweetness. Brush up on your know-how now with the imaginatively-titled 2013 EP Brother/Sister and prepare to lose yourself to its surplus of pop hooks, rolling drums, and altogether catchy catchiness.

Most likely to: Gain most exposure from a Buzzfeed article that glaringly points out that the father of the duo is some chap who goes by the name of Steven Spielberg (or should that be his non-union Mexican equivalent, Señor Spielbergo?).

Tom Fenwick's choice: This avant-garde trio return in 2015 with a second collection of post-minimalist experimentations. If that sounds like a bore, then give it a chance and you're sure to become enraptured by the strange beauty at its arrhythmic core. Most likely to be labelled '2015's Animal Collective' by lazy journalists.

Dom Christophers' choice: Jazz-famous already, but with the release of their 3rd album 'Ornithophobia', 2015 should finally see UK jazz trio Troyka not just follow in the footsteps of their contemporaries Polar Bear and Acoustic Ladyland, but outrun them altogether. 'Life is transient', the first cut to be aired from the album, is a glitchy, frenetic trip through krautrock, electro and jazz, a complex recipe of time signatures, analog synths, clipped drums and muted guitar. Most likely to: Be compared to Polar Bear. Oops.

Sean Adams' choice: She's shed her FOE guise, but Hannah Lou Clark still has that unmistakable home counties howl. It's a voice that's a beacon for both hopeful dreamers and despondent future-fearers. She manages to swirl lumps of grunge into her dissonant-pop tea in ways we've not heard since the early, snarly days of Polly Jean Harvey. Then again, there's something that defies both gender and genre about lust-sick songs like 'Kids in Heat'. She's got a smidgen of that half-in-a-dream magic that made Bright Eyes so special, and there's an intimacy to her songs that keeps luring me back for more.

With a debut album in the works and a heap of live dates in the diary, it's quite likely Hannah's lyrics will be tippexed onto school bags and booming from radios around the UK before Christmas. Read our DiScover feature about Hannah Lou Clark.

Dom Gourlay's choice: Electropop and duos go together like jam and bread. Seriously, they do. Soft Cell, Tears For Fears, Pet Shop Boys, Erasure and Sparks are five that immediately spring to mind. If last year's debut 'Arcadia' and forthcoming single 'No Corruption' are anything to go by, Nottingham's April Towers could well be the next addition to that hall of fame. Fusing hooks reminiscent of a modern day OMD or New Order with the tech savvy wizardry of Jon Hopkins or Aphex Twin, their delectable electronica has already won over Kyla La Grange, who invited them on tour with her last October. Now, with more live shows imminent and an album in the pipeline, 2015 looks set to be a prosperous year.

Most likely to: Soundtrack a 30th anniversary remake of eighties teen classic 'The Breakfast Club'.

Gavin Miller's choice: Perennially under-appreciated outside of their native Iceland, Kimono's brand of fiery, jagged post-punk has been evolving since 2003, when the slow crawl of their debut album 'Mineur Aggressif' announced their arrival into the already bustling genre of 'Music From Iceland'. This year though, I have a really good feeling about where they're headed- reinvigorated after a lengthy absence, they've teased their full return in typical Kimono fashion, with two polar opposite releases: a 20 minute long jazz tinged space jam called 'Aquarium', and the spiky indie pop number 'Specters'. Am looking forward to album no. 4 with baited breath. Most likely to: Make you realise not all music from Iceland has to be called 'glacial'.

Gareth O'Malley's choice: Originally from Dublin, this quartet relocated to London after the release of their debut, Trees Dream in Algebra, to get in the right frame of mind for recording their new LP. AALTARS arrives in April after protracted delays, but the likes of current single 'Levitate' suggest that it'll be quite far removed from the clichéd 'difficult second album', with the band fusing musical complexity with bubbling electronics and gargantuan hooks. Already enjoying a cult following at home, they're set to reel in wider audiences this year; go see one of their searingly intense live shows if you need further convincing. They're the band most likely to: Find favour with people who like dancing to odd time signatures.

Peter Yeung’s choice: Although they borrow the names of bygone icons Johnny Cash and David Bowie, Cash + David are certainly not derivative nostalgia-victims: the London duo offer elegant, energetic electro pop. Tim Ross, brings irresistibly silky production and visceral, thumping beats, while Liz Lawrence is fast becoming an imperious, poised vocal force (Bombay Bicycle Club handpicked her for their world tour last year). So far, the pair have released a trio of singles, a triptych of visionary videos, shown a penchant for expressive dance, topped the Hype Machine charts, and been remixed by Peaking Lights. A release awaits in 2015. Most likely to: be your soundtrack to late night London.

Woodrow Whyte's choice: You're unlikely to come across French-Cuban twins who write Yorùbá-inspired music everyday but we bet you're going to be hearing a lot more of Ibeyi in the coming months. Signed to indie-label overlords XL Recordings, sisters Noami & Lisa-Kainde Diaz have already made quite the impression with their hypnotic blend of bassy acoustics and ritual chantings. Throw in some bewitching, trip-hop style production and you get something like 'Oya', which is exactly how I would imagine the beginning of the end of the world would sound like. Given it's named after Oya the Yorùbá Orisha of winds and tempests, I suspect this was their intention. Hold on to your hats people, Ibeyi are coming...

Most likely to: be the only French-Cuban duo you listen for the next 5 years.

Dan O'Dell's choice: Having cut his teeth playing intimate solo shows in Leeds, Eaves' 2015 seems destined for loftier (sorry) things. A debut single of 'As Old As The Grave', released on Heavenly Recordings in November, demonstrated a knack for poetically spinning dismal tales into soothing optimism. It housed three songs that saw him explore a measured mature voice, moving between fragile and defiant, and all the while undertaking topics including withering alcoholism and the heart-tug story of a pensioner attacked during the London riots. Again proving that one young man plus an acoustic guitar does not always have to result in the tepid outpourings of an unrequited heart.

Most likely to - Provoke feelings of regret in those that voted for James Bay in their polls.

Sammy Maine's choice: The term 'bedroom pop' has become almost too established over the past year or so, that there's hardly any room for originality within this somewhat spurious genre; if it's fuzzy or whatever, we're all-too-quick to slap this label on it. Trust Fund are a band that have been described as such in the past but they're much more than a laptop and a microphone (although they did record much of debut album 'No one's coming for us' this way). Headed by Ellis Jones, the singer-songwriter surrounds himself with bandmates made up of long-time pals, with his subjects evoking a familiarity that makes his songs all the more sincere. First single 'Cut Me Out' from the Turnstile soon-to-be-released LP, is a flurry of disheveled strumming and fervent vocals but with a pop-sensibility that will ensure plenty of sing-a-longs. Plus, he talks about texting and crisps and there's a bunch of dogs in the latest video [thinks of some way to describe a bunch of heart emojis]. You get the picture.

Most likely to: Turn everyone into football-loving vegans.