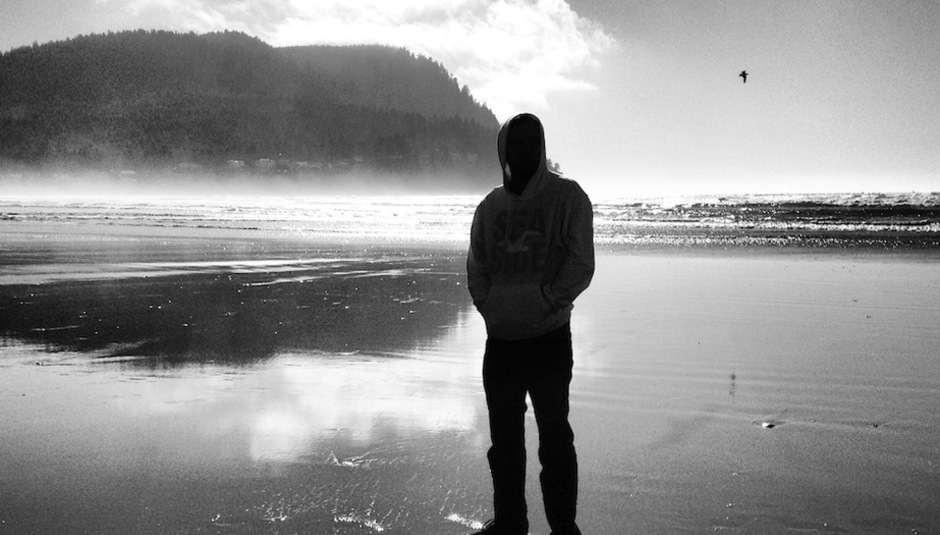 Emil Amos is a multi-talented, multi-tasking and seemingly multi-armed multi-instrumentalist with multiple musical missions. Perhaps best known as the drummer for Grails and OM, he also plays in the hip-hop-influenced Lilacs & Champagne with fellow Grails member Alex Hall and continues to release heaps of solo music under the name Holy Sons. Last year’s The Fact Facer was perhaps Holy Sons’ strongest record to date, blanketing Will Oldham-ish alt-folk melodies in dense, murky and atmospheric layers of psychedelic experimentation. To celebrate his European tour, Drowned In Sound is delighted to unveil the new Holy Sons video for ‘Long Days’. We also caught up with Amos to pick his brain about dark humour, prolificacy, cultural appropriation and the meaning of life...

Where did the cheery Fact Facer cover art of a hanging man come from? Why did you choose it?

Emil Amos: I started collecting clippings and old illustrations to use for collage back when I moved to Portland, Oregon in 1999. At some point I became too busy with making records and videos to continue that tradition as deeply... and now I live in New York where there’s really no room to keep it all around. The cover of The Fact Facer comes from an American mystery/detective comic that was issued in the 1940s.

Leonard Cohen is often considered to be the epitome of wrist-slashing misery when in fact he’s (in the words of stand-up comic Arthur Smith) “the greatest comedian of the twentieth century”. Do you find that critics and audiences overlook the humour in your own work?

My mother gave me a Leonard Cohen song book when I was 13, so right when I was picking up a guitar and getting into songwriting that was one of the first things I heard. In a way, I think his records did give me an initial sense of the total freedom a songwriter has in terms of production, lyrics and mood. But yeah, I think art gets even darker and more honest if you can laugh at death and yourself. But in terms of your question, I don’t think this is the kindest era to be making music that has multiple layers of meaning and uses humour subtly. There’s not really enough time for critics to sit with music that requires any patience, given the current pace of things. Most of the press world is more concerned with the surface of style and how expediently it can be turned out and transformed into money or cultural currency.

I read that in recent years you’ve started using computers for Holy Sons recordings. Were you afraid of losing your music’s magic in the transition? How did you avoid that?

Oh yeah, in the 90s I didn’t take computers very seriously and thought they had no place in what I wanted to do. And like most musicians, I went through a relatively slow transition from using tape to hard drives over the last couple decades or so. But when the technology eventually caught up, it became hard to tell the difference in how something was actually recorded. I still have some nostalgic reactions to hearing things like background noise on recordings and the beauty of being able to tell that something was recorded in one-take, but I gradually adjusted and brought all those old techniques into the computer era.

Your Lost Decade series of compilations sees you issuing old Holy Sons material retrieved from some majestic, bottomless dusty cupboard somewhere ... and the songs are always really good ... are you ever embarrassed by any of the old stuff you dig out?

Well I kind of know where not to look, but ultimately that’s the big advantage of being separated from the recordings by time. I can choose to release a song that could be technically “embarrassing”, but that offers up some kind of worthwhile sentiment or stage of growth that’s worth pulling out for dissection. I also think there’s a certain charm to music that rides the line of being a little immature if it’s got a spirit to it that really wants to understand itself. It’s gratifying and strange to be in a position where you can listen to something so old and foreign that you’re hearing yourself almost completely objectively for the first time.

There is so much depth to your songs and their backing soundscapes. When working on new material, how do you know when a particular song is actually finished and ready to be thrust out into the wider world?

There’s a song on the new record that was literally recorded 10 years ago (‘No Self Respect’). So I guess Holy Sons exists in its own solipsistic chamber where the essential ingredients don’t change all that much. Most of the time I barely notice I’m making something concrete. I’m just constantly ironing out various mixes year after year and then a time eventually comes when a song seems to fit a specific purpose. There’s usually not too much urgency to call any particular song “finished” until a deadline gets set for it much later in life.

Grails, Holy Sons, Om, Lilacs & Champagne... you’re so damn prolific, Emil! How do you manage it? Do you ever stop working?

It’s a discipline you learn from working completely alone for years on end and existing largely outside the culture of the music industry. It also has a lot to do with just staying artistically hungry which has been an internal ambition for me that’s specifically in touch with a kind of anger that drives me forward. It becomes pretty easy to feel like a disfigured villain up in a bell tower waiting for a revenge that never comes. I never stop thinking about what I want to do next.

Lilacs & Champagne is your hip-hop-influenced side-project with Grails’ Alex Hall. What’s your take on all the accusations of cultural appropriation fired at the likes of Macklemore and Iggy Azalea? It seems that white instrumentalists don’t receive the same proportion or intensity of criticism as white vocalists (particularly female vocalists).

Well no one would probably put us in the cross hairs because we don’t make enough money to be considered important enough to attack. As record collectors who are often sampling Polish prog and the songs you hear when you’re on hold with the unemployment agency, we’re pretty much well within the bounds of drawing from the larger melting pot of music history... an exchange across all cultures that no one owns. A lot of the people upset right now about the “cultural appropriation” issue you’re mentioning are mostly debating over what’s making money, winning awards and guiding where mainstream culture is going (something I generally have nothing to do with). And I think it’s difficult to claim much cultural domain over the mainstream, as it’s a force of bastardization by nature. Once music is hocked out in the domain of big business, everything becomes a petty commodity and begins to lose meaning. Maybe entertainment achieves a kind of non-relevance to me in that way. I see Lilacs & Champagne as involved in a much more street-level exchange that celebrates the actual love of music and what it offers to anyone that actually cares about its true potential to communicate.

Are there (m)any musicians whose work you hated (or didn’t “get”) when you initially began Holy Sons but who have since won you over and now influence your music? A lot of people grow fonder of Billy Joel or Bruce Springsteen as they get older, for example.

The two songwriters I remember making a concerted effort to understand when I was about 13 were David Bowie and Neil Young. On the very first listen they weren’t exactly what I expected or immediately wanted to hear, so it was that strange experience you have of really growing into loving something. It’s harder for me to do that now, so I have an affection for that kind of learning curve. I’m waiting for a plane right now and reading a really great book on Bowie. It’s pretty amazing that I’m still learning things about these songwriters and wrapping my head around their personalities. Either they are truly incredibly complicated geniuses... or maybe the way we approach and exalt “classic music” gives it a type of magical power that maintains its mystique forever.

You seem like a wise person, interested in philosophy, spirituality and expanding one’s mind. What is the meaning of life? (thanks)

We’ve invented the hunt for meaning and maybe that’s the essence of human frustration; that it’s either an irreconcilable feat or just a thinking error. I find myself constantly asking “what is holding me back from a total appreciation of life?” To me the concept of “Happiness” implies that we’ve become unified with the laws or ultimate current of the universe (instead of fighting against it). So why do humans commonly sense an intrinsic disharmony in the world? I picture us alone in the Garden of Eden with these questions, speculating endlessly, like an episode of The Twilight Zone, left with virtually nothing but the talisman of the idea that we can or could eventually be happy.

The year is 2127 AD. Most humans are now fifty per cent bionic and have relocated to Planet Kepler-483b. Hoverboards have still not been invented. Music historians are assessing the cultural and artistic significance of the Holy Sons discography. What would you like them to write?

I have a hard time believing any of it will be important. More than ever now, I see how fast the world spins around and how little true communication is really accomplished and how little is learned from the past. It doesn’t stop me from doing what I do and trying as hard as I can... but I generally think the world’s ultimate fate and trajectory has already been dealt. 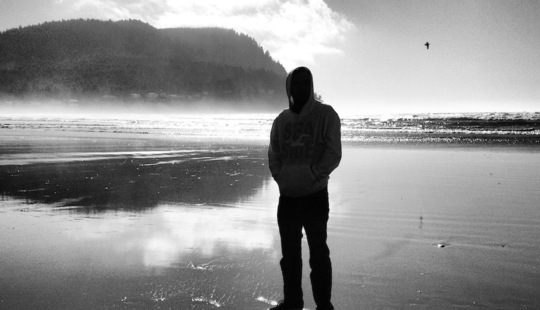