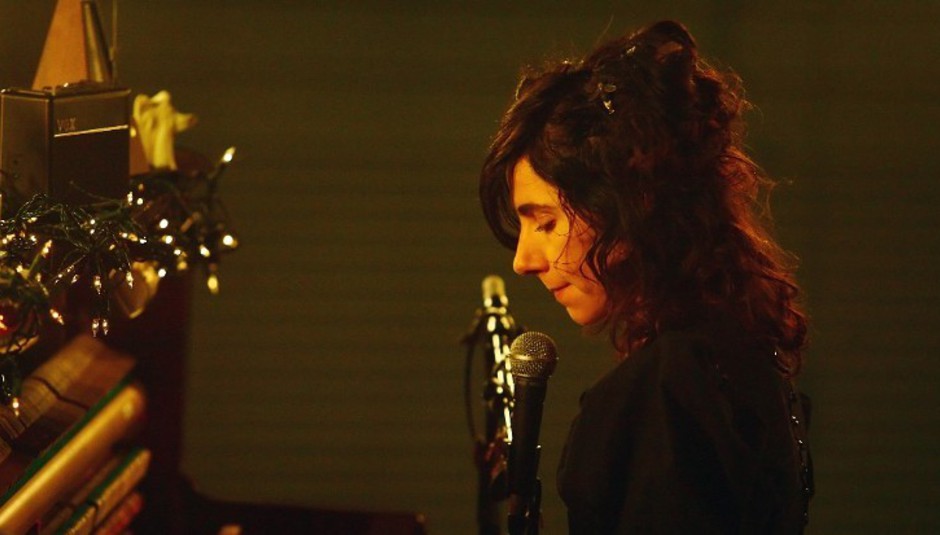 This week's content-themed Spotifriday playlist, featuring a variety of tunes relating to this week's written content. In it this week are Seefeel, Hannah Peel, Darkstar, PJ Harvey, Cloud Nothings and a few more. Click here to give it a listen, innit

Seefeel have a new record and it's quite good, so says Dom Gourlay. And he's a man whose word we trust, very much so. He gave it 7/10 and you can read his review here. There's even something in it about Stephen Hawking. Yes really.

Cloud Nothings have been one of "those" artists in recent times. Plenty of mentions in plenty of places but will the album actually be any cop at all. Turns out it is, actually. Read William Grant's review here.

There's something that doesn't quite sit right with me about Harrys Gym, and that's that missing apostrophe. Only it's not missing because it isn't supposed to be there. You see in Norwegian possessive nouns to add an 's' at the end, like in English, but unlike in English there is no possessive apostrophe, which is perhaps a better way to be. Clarity. Anyway, Harrys Gym's (correct usage) track 'Old Man' featured in This Week's Singles so that's why it's here, ikke sant?.

Although this song isn't taken from their new record, Blue Songs, you should probably take notice that Hercules and Love Affair do in fact have a new record and also that it is called Blue Songs. It fared pretty well in review, but it's good to see an active discussion below it. Let us know what you think.

Here's a lengthy and interesting interview with the man otherwise known as Iron & Wine. Read it here.

OK, so John Vanderslice's record didn't get the best review, but we like to balance it out here at DiS. Just because it didn't get a good write-up doesn't mean some people might won't like it...aaaaaand his surname is Vanderslice, which is sublime.

Tim Kasher is a bloke who is in Cursive. He now has his own solo project under the name...Tim Kasher. Self-titled, like, the man comes around. It's another interview from James Skinner and it's another good one. Head here for more.

Hannah Peel's Broken Wave, on the other hand, did rather well, with Paul Brown writing: "The release of Broken Wave heralds the arrival of a genuine creative force in British folk music, and one of the scariest things about it is that you get the impression that Peel hasn’t really even got going yet. As she grows in confidence and experience she will surely get better, which is quite a prospect."

Darkstar announced a full UK tour this week. They truly did. Read about the dates here.

This was Single Of The Week, which is why we saved it until the very, very end. Wendy Roby had this to say about it. I would do the usual copy and paste trick but it's too long, so head over there to read that, and the rest of Wendy's wondrous "ramblings".