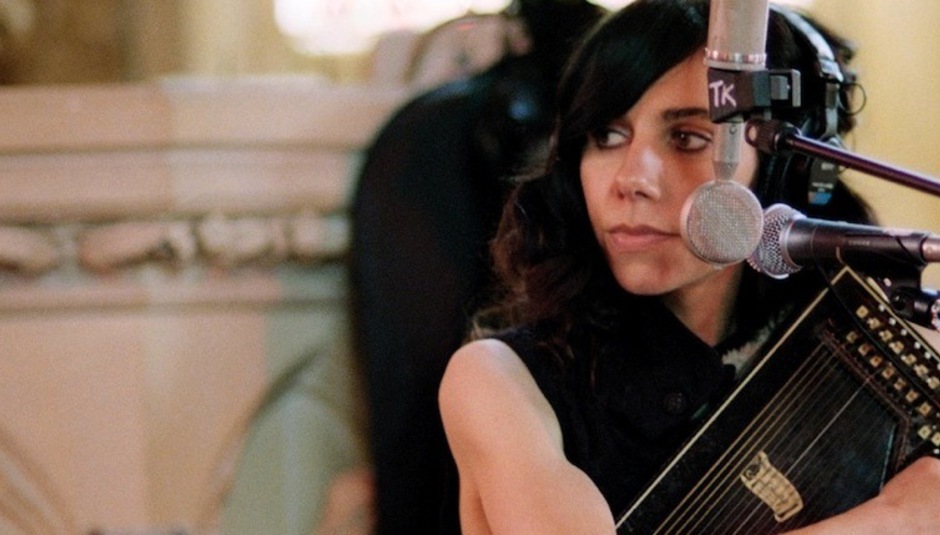 This week we are talking about Byker Grove, bricks made of Thinky Stick diseases and how all the younglings are hot for not-caring. I think.

Peejay has seen and done things he wants to forget, including but not limited to a hoo-haa with a paint-ball gun and now he can't see, man, about which might I say so-called Jeff was USELESS. Peejay who is calling from Cornland, however, is thirteen. What did you want to ask Five Star, Peejay? Is it about how war is bad, or are you going to say a naughty word again because you really mustn’t; Saturday mornings are not for swearing even though I love people for whom bugger is used as a general-purpose curselet - it being about as offensive as my own favourite exhortation, the simple and inordinately useful ‘tits’.

The thing is, it’s entirely disconcerting when a little girl is singing the words of a man who is on his way back from the killing fields, especially when they are sung over the most atmospheric of metallic strums. They might as well be played on a magic lyre that can turn back the clocks and undead all the young men who have merrily tossed their limbs into trees for the protection of our shores, and for dear old Polly to sing about in the way only she can. ‘What if I take my problems to the United Nations?’ she says - unimpressed - and who can blame her; if you want help when wars are happening, Noel Edmonds is not your man in exactly the same way that right flipping here is not the place to go if you were in the market for serious. If, on the other hand, you want to hear a song whose elegance proves just how splendid a height it is possible to achieve with a simple idea (especially in the same week that The Vaccines release a song with the word 'sex' in the title BECAUSE YOU LAVVIT AND THEY LAVVIT YEAH) do take ‘The Words That Maketh Murder’ to your very bosom. And listen to it fifty times. Like what I done, because it is extraorder, and because she is the best of women.

Mister Double Dot Dash sent me a nice letter on green eh-four and that was all it took; a modicum of polite and a dollop of idiosyncratic capitalisation (‘hello WENDY’) were all I needed to put this record in the Play pile and give it a bit of a stroke. House of John Player were the ones who got to sit on my lap the longest - they have two songs here that are both a tiny bit found sound [which should be dread], and a bit ponderous glitch [same goes double] but who have sort of a persuasive momentum all the same and all their own. Essentially I can imagine this being the sort of thing you would buy and keep forever and dig out whenever you flicked past it – still a curio, yes, but one that never sounded wrong or gone-off. I have two R.O.C. twelves just like this and I’ve never met a single other person who had them but it doesn’t matter, that just makes them all the more mine. Maybe House of John Player – even though their name conjures up images of emphysema-addled bricks – will be that band for you. Either way, they seem quite promising.

Don’t get me wrong, there were times this weekend when I listened to this Oberhofer and got a bit ratfinked on its meander, you could dawdle to this single and it would be rather diverting, you would be going slow enough to find a pound on the floor and that, in turn, would make it alright. But listening to it while you loll, and deciding to listen to it deliberately on purpose are two quite different things. I just feel as if I have reached critical mass with This Sort Of Thing; there are a lot of these precocious sorts around who seem to be full of youthful ambition, except where the production of their songs is concerned. And there is the vague air that said not-caring is done on purpose, which is the sort of thing that can drive a girl like I quite, quite mad.

Songs like this - however diverting - do seem to be going out of their way to have precisely none – NONE – urgency about them, they are songs that would sooner die than turn up on time or write you a spreadsheet with all the times and dates you need. Nothing wrong with this in principle - sometimes you like a bit of neat, being organised can be tremendously appealing. And in the same way, sometimes that dude who is all the icals - but especially 'lackadais' and 'whims' - can be just the same dude whose number you want in your phone at the end of the evening. I'm just not sure if I'll be putting it in mine.

Incidentally, Oberhofer’s full title is ‘Oba-hof-fah-oba-her-fer?’. Because if you say it with a rising cadence, it indicates to the person you are talking to that a) you don’t know how to pronounce it and are therefore not a ponce, but also that b) you can’t really be arsed to find out how it is pronounced, which makes you ‘cool’ because Not Giving A Shit is massively in - just ask Oberhofer and his whateverish song. Confusing.

[EDIT: Not three hours after posting The Singles, I had a communication from Mr. Brad Oberhofer himself. He would like us to know that he does care, a great deal. And I would have you know he writes a very charming email. Hooray for the internets.]

Being automatically predisposed to anything Norwegian as I prepare for the terrifying prospect of ‘the coldest winter in a thousand years’ and try to work out how in the giddy heck I am meant to be glamorous when attending By:Larm what with it taking place in sub-zero temperatures (BECAUSE I AM A SHALLOW WOMAN DOYOUSEE), Harry’s Gym are quite pleasant. But it’s one of those records that also sounds hugely trad - Rumer could very nearly sing ‘Old Man’ and it would very nearly sound sort of the same, just ‘packaged’ and ‘serviced’ differently. I don’t happen to think this is a bad thing, because commercial is not a swear word in my house. As I have explained above, in my house, a swear word is 'real' or 'vibes'.

I don’t know if you’ve noticed? But after? You break up with someone? They get? Their sexy back? And all of a sudden? You want to shag them? Again? I mean, Maybe it’s something to do with the fact that when you’re no longer using a fingernail to chip someone else’s dried-on toothpaste from the bathroom sink bowl, suddenly it’s possible to see (even someone REALLY ANNOYING) in a sauce-making light. Although incidentally, every time you do have to do something like this for someone, 0.6% of their sexy is also chipped away, and that is some SCIENCE you can have for FREE.

In any event, that’s not even what The Vaccines want to sing to you about so stop being so ‘random’ and crazy man because they are here to sing about reboundery. And how jumping into the arms of someone new is pointless, because you will just end up stropping about like the models in their videothing who are standing around in their pants and crying all the tears the production assistant spent like ages glycerineing down they faces. I think? They are trying to look? Like? They just done some rude stuff? And now in they brains they is all like OH NO FEEL ALL GUILTY NOW AM DIRTY AND WRONG. I mean, speak for yourselves Vaccines, I’m not sure I agree. But I will say, you are not nearly as execrable as I had been lead to believe by THE MEEDYA. But you are this year’s whipping boys so well done for that and that.

For the first ten seconds of ‘Buy Nothing Day’ The Go! Team are all very Business As Usual and Don’t Scare The Ponies; it sounds exactly the same as every other flipping ones they done. Which is alright, but for me they are fixed in 2004 and I no wanna go back, can’t make me; go, go go, let's GET ON WITH IT. But then, right, it goes all brilliant. Because ‘Buy Nothing Day’ is all about the middle eights, it is the middle eightiest of all this week’s pop songs and it has about ten of them (greedy). Dung-duht-DUNG, goes one of them, and ‘How do you do I am a massive long instrumental break at the three minute mark placed here just because we can and because we feel like it,’ goes another. Bethany Best Coast sounds absolutely tremendous throughout - I like her on this sort of frenetic, bumbling nonsense far better than on her own records where the sweetness sort of claggs and it’ll be weeks before you dislodge it from twixt your molars. The only prabblem I have with ‘Buy Nothing Day’ is its insistence on ‘subways’ over ‘the tube’ - it felt like the tiniest, weeniest linguistic betrayal when they are a band from Britain’s own Brighton. Hurrah though, definitely.

Crikey me, Koudlam is drunk, he is the man with the rolling eyeballs and the floppy ball-head that’s too heavy for the body it is plonked on. 'See You All' is this week’s French Entry and though I probably won’t listen to it in the weeks of the future where I am not paid to, an amusing drunk vocal is still an amusing drunk vocal whichever way you look at it and even though really drunk people (especially when they call you at five in the morning to profess they interest) are the worst sort of people on the face of the planet. Human men, here is some advice, do not do this. It’s only charming when WE DO IT.

The Beets are from New York which is in the Americas, and where everyone eats burgers for breakfast, lunch and dinner, except in New York they have them ‘on rye’. ‘On rye’ is very a big thing for them; even shoes are sold on it but you don’t eat them; that would be madness, pure and simple. ‘Time Brought Age’ is the exception to this rule because it is not about rye, and is instead a wheedling excursion that sounds slighter than it really is; I wor hooked-in cleverly by the Wigan-Casino-by-way-of-Brooklyn stylings of 'Pick Another Corner' but I stayed for the A. You know, if I had a knife sharp enough to cut a seven in two so that I got ‘Pick Another Corner’, I would then give ‘Time Brought Age’ to a serious boy who can’t (or won’t) admit to liking pop tunes - because if you admit you like pop tunes, you run the risk of people thinking you are U-grade dim. But you can’t cut it - no knife is sharp enough and nobody in my house is mean enough to snap a record in half like a Solomon, unless it is by Pink Floyd. Well done The Beets, you can stay.

In Photos: The Boxer Rebellion @ The ...