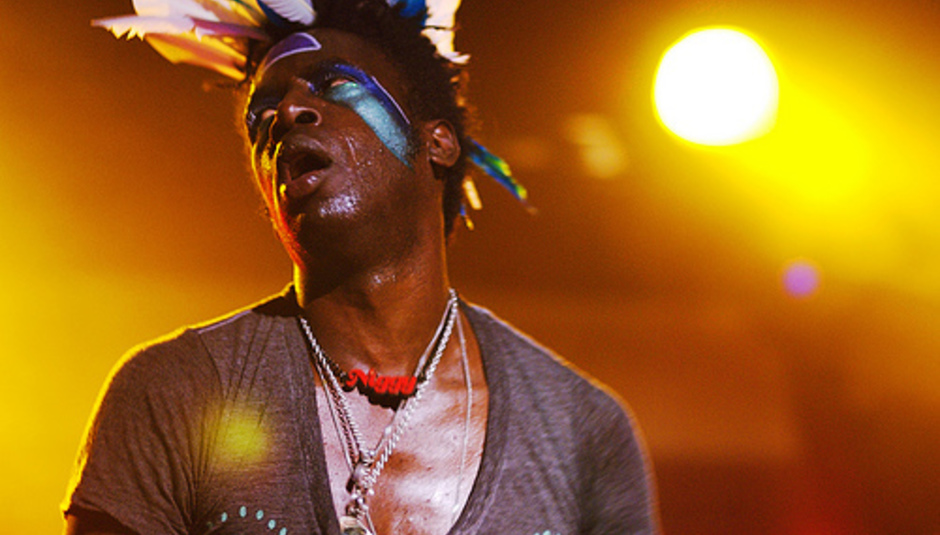 As it is the very beginning of the year of 2011 we thought it'd be a good idea to tell you some of the records we're most looking forward to in this calendar year. So far there are quite a few, but there is still some way to go to beat last year. Saul Williams was indeed of these new albums, which you can read about here. Hope it's a goodun.

Holmfirth native (we have to say this by law, now) Napoleon IIIrd announced a new tour this week, as well as some European dates AND a video filmed at London's fantastico Hoxton Hall, where the band played a gig quite recently. Read all about it here.

There was a double deal of Belle & Sebastian news this week as they were awarded the Single of the Week prize. There was also an interview with lead-man Stuart Murdoch about his new book, which can be read here.

The first recommended record this week was Iron & Wine's Kiss Each Other Clean, which we awarded 8/10. You can read James Skinner's most excellent review of that here. This track wasn't on that record, but it's just as good nonetheless.

Give you indie rock? Alright, you're getting it, then. Sadly no tracks on Bakesale are to be found on Spotify, but that will be remedied when that seminal album is re-released by Domino in March. More details here.

Having Sebadoh AND Archers of Loaf in one playlist may seem a bit much, especially when they're next to each other. We don't think so, however, as that's what we've done. Good news, then, that Archers of Loaf reformed to play a show, some videos of which (and a setlist) can be seen in this here news article. NOSTALGIA.

It's certainly a lot easier to hand out full marks to records that are reissued and it's maybe even necessary when it's The Fall, who continue to continue without any sign that they'll ever stop, and nor should they. The Fall re-issue that we reviewed this week was the Omnibus edition of This Nation's Saving Grace from which this track originally comes from.

It has always annoyed me that the indefinite article is lacking in this woman's stage name. Ah well, there are worse things to be annoyed about, including her new record, which is a right bag of tripe! Not really, it's actually very good. Read our review of it here.

Annoyingly, we struggled to find any suitable or mentioned artists from this week's armchair dancefloor column, so we had to choose a Crystal Fighters remix by Jay Weed, who is mentioned in the round-up. These guys are from the Basque region of Spain, right?

Another one of the records we're looking forward to this year, although you would expect that, considering M83's last full-length, Saturdays = Youth was crowned our album of 2008. So no pressure at all, then. You can read editor Sean Adams's take on what might be in store in our article rounding up these forthcoming POTENTIALLY BRILLIANT releases.

Click here to listen to this playlist and here to browse our archives.