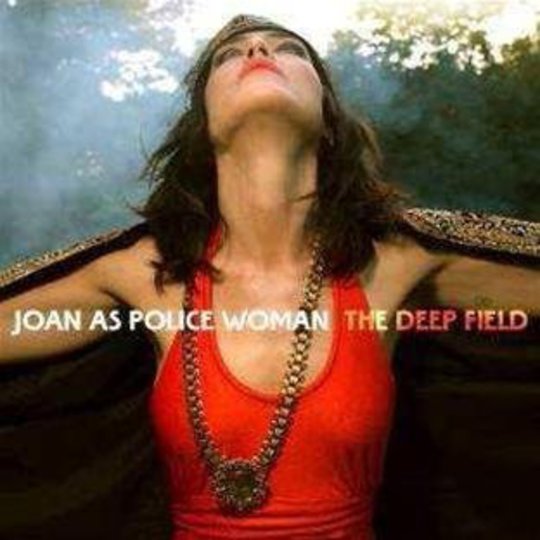 Despite taking her cues from Sixties soul, while adding a more punkish contemporary ethic, Joan As Police Woman has a legitimate claim to occupy a unique space.

Joan Wasser’s alter ego has been too avant garde to be claimed by a mainstream soul crowd; she’s not scuffy or guitar-driven enough to be fawned over by indie kids. So, stuck in between the two camps, she just gets on with making timeless, affecting records.

Existing fans take note though: the jazz-tinged, piano-heavy and string-drenched sounds of Real Life and To Survive - both criminally under-appreciated and rewarding of repeat listens - have taken a back seat here.

Gone are the piano ballad torch songs - in their place comes a fuller, meatier ensemble with altogether darker aims. It never approaches rock territory as such - Wasser and musical partner Bryce Goggin are always delicate in their arrangements and performance - but it’s clear from the off that we’re going deep in Wasser’s psyche and it’s going to be bumpy ride.

Opener ‘Nervous’, with its clipped, overdriven guitars and sense of unease, is a world away from ‘To Be Loved’ or ‘Real Life’. According to the press bumf, the artist considers it her most 'open, joyous' record, but you wouldn’t think it to listen it. In opener ‘Nervous’ Wasser struggles with a split, fractured personality, while a solid, Rhodes groove trundles on: “Something in my mind shifts and I find I am face to face with none other than me, I’ve got the mirror up against the marquee / And all it reads is I am fine I am divine, but there’s a wild ride going on behind the signs”

‘The Action Man’, featuring Wasser’s lyrical violin playing, is quiet but anthemic, personal but somehow universal: “I heard my heart break as we hit the floor, from then on I can’t tell you much about time and space”. The gothic claustrophobia of ‘The Flash’ is a stand-out: Wasser sounds like a tortured songbird backed by the Bad Seeds in a late night bar from a Tennessee Williams play on the on wrong side of town. ‘Kiss the Specifics’ is an interlude of brassy sunlight and echos the kind of laid-back Memphis swing Cat Power brought to her excellent soulful departure The Greatest.

But they are not missed. This is gimmick-free: it’s all Joan, no holds barred. It’s slow music; grown-up, untrendy, anachronistic, white soul from the bottom of a wide open heart.

Even if, as a whole, The Deep Field isn’t quite as rewarding as Wasser’s first two records, it’s an altogether different, diverse and challenging experience. Thankfully, that voice remains intact: vulnerable but somehow powerful.

In this post-Winehouse era, with the industry’s appetite for brassy soulful singers, JAPW is in no danger of being lumped in with saccharine, unit-shifting, identikit pop moppets, and with The Deep Field she has made an authentic, brave piece of work that should reach the wider audience it deserves.