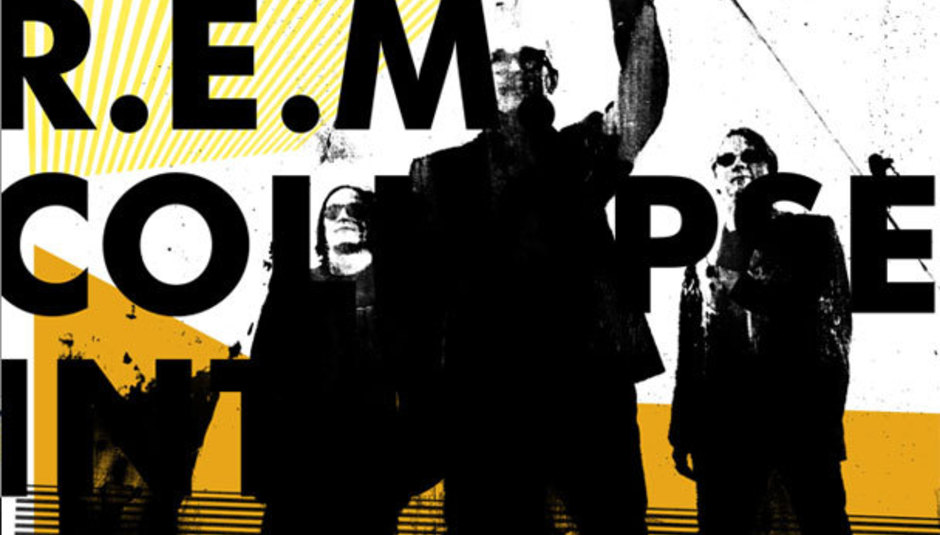 Merry twenty-eleven everybody! Hope you've had a fantastic festive period and no sooner have you given your keyboard its annual clean with the sleeve of your jumper, along comes a look at the year ahead and the albums DiS is most excited about hearing.

Hello everybody - this isn't about 'tipping', it's just eleven records I want to hear this year, masochistic - in some cases - as that impulse may be.

So did that damp squib of a Christina Aguilera record cost us a new Le Tigre album? Oh well: the debut album from JB Samson, Johanna Fateman and others is indubitably not the future of dance music, but it is hellafun, awash with AWESOMELY WITTY FEMINIST BANGERS and a really funny song about the band Orange Juice.

If the previous 22 years are anything to go by, this is going to be pretty awesome. British and African folk music are the stated influences of the drone godheads’ latest album, due February.

Well now. REM’s first 11 albums were nigh on perfect. Their last three definitely weren’t. This is still innocent until guilty from my perspective: Michael Stipe is, after all, only a year older than Wayne Coyne. First few songs to be released to the internet have been semi-promising, but really needs to be supported by some music of substance.

The perennially under-appreciated DiS favourite returns with another doubtless great album, that will not be appreciated... that said, maybe he'll get some belated kudos as godfather of the slightl spurious scene people have been trying to concoct out of Big Boi and Janelle Monae. HE DEFINITELY WON'T, THOUGH.

Noah Lennox has seemingly spent the last six plus months wrapped up in the world’s most torturous pre-rerelease campaign for an album, playing a tour of Tomboy material in the summer, and having released three singles from the record already. Anyway, presumably it’s coming out in 2011, his last record was pretty good, so yeah... EDIT: it's coming out March!

Yeah, I guess they’re not so cool anymore, but between First Impressions of Earth and Phrazes For The Young there was a pretty spectacular half hour album: some good music will surely result from this..? The band have been plodding away at their as yet untitled fourth record since the Paleolithic era, but apparently a possibly 'refreshed' Nikolai confirmed it'd be out in March t'other day.

I have had the pleasure of interviewing Geoff Barrow on a number of occasions, and I think it’s fair to say that Portishead do not in any way play live dates lightly: no official confirmation, but I’d be genuinely pretty shocked if the ATP shows in the summer don’t herald the not-so-belated-this-time follow up to Third. [Update - Geoff Barrow seems to have semi-confirmed on twitter that this isn't happening... we don't ENTIRELY trust him...]

of Montreal - The Controllersphere EP

Apparently the packaging is a full working boardgame. Regardless of the music (False Priest offcuts) I really, really want to see whatever the heck indie's most alarming sexual fantasist Kevin Barnes thinks is reasonable or appropriate to include in a boardgame.

Now that they seem have gotten over their existential crisis about the album as a concept, this looks pretty likely, really... Yeah, they’re pretty good.

Claimed in an interview in October that he’d finished SIX albums. Hopefully Warp can talk him into releasing one.

Chinese Democracy came out, so, y’know? The product endoresement teaser campagign for this thing has been longer than some band's entire careers, but you never know, could be the pop album of the year, or at least a heap of retro fun.

Check back tomorrow for DiS founder Sean Adams' 11 records he can't wait to hear. Later in the week we have the pick of the new bands we're excited about, some dates for your diary and maybe some other stuff too.

DiScuss: Which records are you most excited about hearing in 2011?

The Geography of Wire