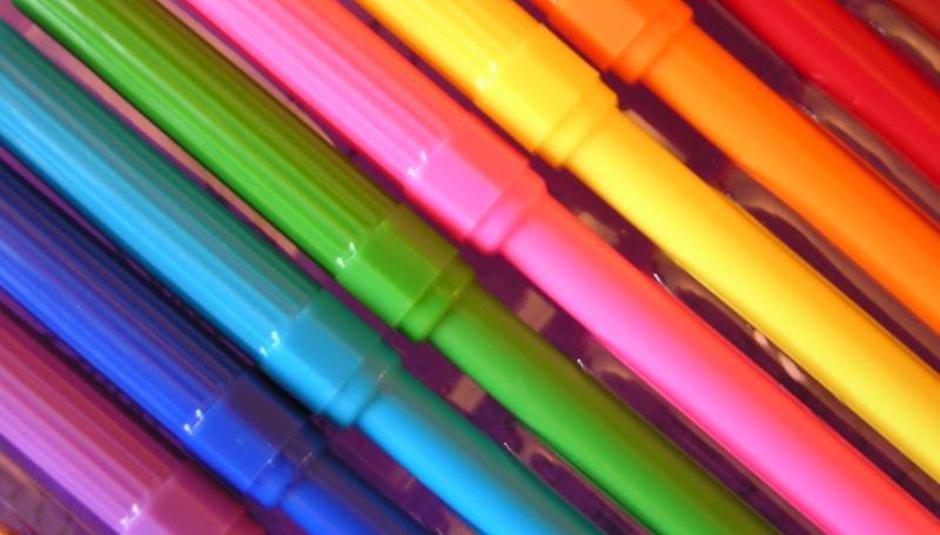 Some years, DiS has found it really easy to do a list of acts who're about to dive head-long into the mainstream that people haven't really heard of (yet). In recent times, there have been surefire cross-over hit bands like Bloc Party and Franz Ferdinand, and tipping season was a bit of a foregone conclusion but in 2011, things have changed and there aren't really those sort of bands, partly due to a lack of indie labels with money, those sort of acts with that sort of counter-culture ambition sitting on the cusp of greatness (we might be wrong) and something else we can't put our finger on. As with the past few years, there's also the challenge of defining what is new, especially with the ability for fans to explore more and more, meaning we haven't really got the same headstart on our readers. Hopefully what we don't have in terms of insider knowledge of stuff you can't hear, hopefully we make up for with the quality of selections we've made. We'll be shocked if many of these acts don't feature in our festival season highlights or find themselves there or thereabouts come album of the list time but for now, here are some names you might not know and some of their music...

The slo-mo take on dance music practiced by Brooklyn-based duo Blondes continues the thread of ultra-placid electronic sounds that got Emeralds and Oneohtrix Point Never a decent amount of attention in 2010. This is music flooded with space, where repetitive pulses are gently nudged into being and tracks meander to a natural close over a huge expanse of time. Blondes’ releases to date have been a clutch of spontaneous studio recordings and remixes, which are often let out into the world after being captured in just one take, and are closer in approach to wild krautrock and prog jams than they are to anything in the contemporary electronic scene. Expect great things when they get it together to release a full-length album. (MySpace) By Nick Neyland

Sometimes I think I should just move to Canada and be done with it but then, would everything be quite so lush and 'exotic' if it's on my doorstep? Whatever. Named after the fantastic Max Richter album, Ontario's all-in-lower-case memoryhouse have gently drifted into my world over the past few years. Words like ethereal, hazy and dreamscape all apply but there's something else about their glacial take on M83's epicness that has become pretty much a life-consuming obsession. Anyone who's a sucker for swooping Scandi' post-rock and/or lady vocals that purr, this is for you. A debut album is due at some point in twenty-eleven and it seems very like it'll be one of the debuts of the year. By Sean Adams

There's something going on up in Tyneside at the moment. First it was Let's Buy Happiness with their expansive dew-drop bustling pop with a voice that may remind some if you of massive under-rated The Sundays. And, a few days ago news reached us that Bella Union have announced that they've signed DiS messageboard favourites Lanterns On the Lake, who have a touch of Efterklang and Album Leaf about them. By Sean Adams

Lungs Quicken by Lanterns on the Lake

I still can’t work out if the hipster electro-noise trio have got any actual, honest-to-God amazing music in them...hopefully an album will turn up to settle the matter. The fact they were a semi-surprising omission from the NME's tips (despite their EP making the albums of the year) and the BBC Sound of 2011 thing bodes pretty well. By Andrzej Lukowski

Here’s one you really ought to be keeping an eye on this year: Sydney’s Dro Carey, whose viscous, sub-heavy tracks wrestle with fragments of R’n’B, hip-hop and house before submerging them in a vat of acid and watching them corrode down to the bone. One of many young musicians taking full advantage of the internet’s possibilities for self-promotion, over the last few months he’s churned out a steady stream of fucked-up hybrids through his BRAIN—SO—SOFT Tumblr, like some tech-savvy Doctor Moreau. The music on his excellent recent 12” for Trilogy Tapes showcases the slower, tarry side of his sound. Tracks like ‘Venus Knock’ appear to hang in slow motion, twisting in mid-air while assaulted from all sides by dense sprays of feedback and synths that swarm like angry wasps - and in a club context the sheer density of his faster music appears to suck all the light from the air around it.

Where 2010 gifted us with the foamy and insipid sounds of chillwave (still a horrible name, whichever way you look at it), one thread this year looks set to be darker, finding a nexus point where bass music – and its recent fetishisation of US R’n’B and hip-hop sounds – melt seamlessly into the blurrily offset emotion of the lo-fi likes of Forest Swords, Stellar OM Source and Sun Araw. Alongside Carey, artists like Hype Williams, Blondes and even Illum Sphere are tapping into a sonic connection that’s always been there but which so far has been largely unexplored. Expect exciting developments from Carey’s camp in upcoming months, with releases on Ramp, Ikonika’s Hum & Buzz label and Trilogy Tapes accompanying the usual torrent of online sounds. - by Rory Gibb

Okay, so if we’re being strict 2010 was probably Jam City’s year, through from where we’re standing it feels as though his trajectory’s only just beginning to shift upward. Part of the ultra-hyped Night Slugs crew, his music is among the least immediate from that camp. Rather than constantly striving forward, recent single ‘Magic Drops’ and the heads down drive of ‘Arpjam’ forsake the thrill of the drop for single static moments, endlessly looped and repeated until they take on new, hypnotic forms. Best of all is still his utterly anthemic refix of Endgames’ ‘Ecstasy’, where he steals a single tiny motif and extends it out into a lo-fidelity broken house sprawl. What with the sheer consistency of his back catalogue so far, it’s probably a safe bet that his upcoming debut album will expand that impressive run of form into something approaching a definitive statement. (MySpace) - By Rory Gibb

Noise infused three-piece The Lost Rivers hail from the south west German state of Baden-Württemberg yet sound as if they might have been conceived in the outer reaches of hell. Their debut release 'My Beatific Vision' came out on London's Northern Star Records in the latter part of 2010, and from the opening nine-minute squall that is 'Death Of Eve' to the brutal 'Endless Reminder' that closes the seven-track EP, they're surefire challengers to A Place To Bury Strangers' crown as kings (and queen) of sonic annihilation. With a UK tour scheduled for March alongside fellow purveyors of loudness Ceremony, be sure to have those earplugs at the ready. - By Dom Gourlay

The Lost Rivers - Stay by DjUnsigned

And if that has whet your appetite, he's a mixcloud mixtape DiS founder Sean Adams made earlier:

Drowned In Sound: Some Tips For 2011 by Drownedinsound on Mixcloud

For more, see the 200+ replies from the DiS community for which new bands they're looking forward to in 2011.