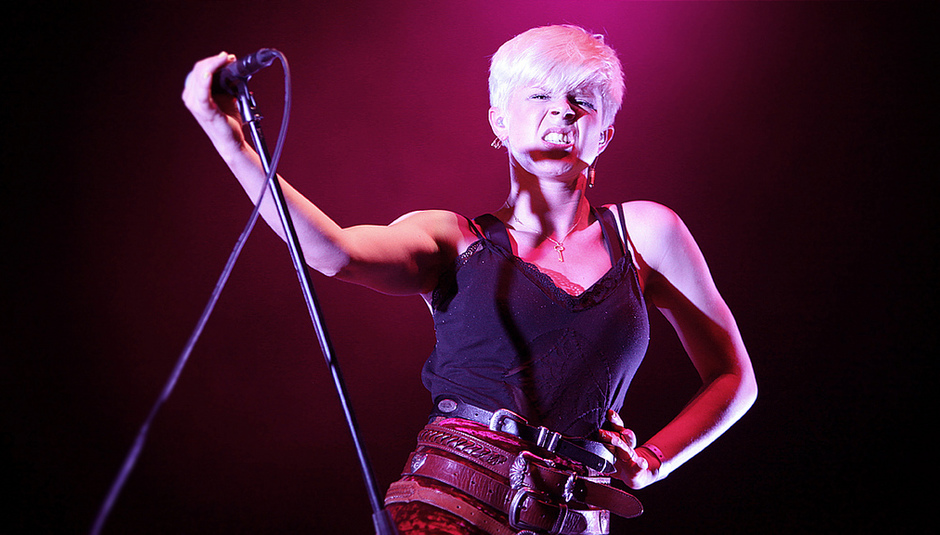 This week's Spotify playlist. With some songs from artists that featured in our content in the past week or so. It features works from the likes of Kanye West, Nico Muhly, Robyn, Nicki Minaj, Atlas Sound, Teeth Of The Sea and, of course, a few more. Click here to give all eleven tracks a spin.

So this week Kanye West released a new album, entitled My Beautiful Dark Twisted Fantasy, which is as bold as anything. It got some good reviews, including here but, in gaining a perfect 10.0 on Pitchfork, people seemed more readily happy to discuss the merits of that review than the actual record. As if it actually mattered.

There has been some confusion over Robyn's "triple album", Body Talk. Not that it really matters, but the new one comes out on Monday. Read our review of it here. Did OK, 7/10's nothing to be ashamed of, but you do wonder if she would have released them slightly differently what the effect would have been. Again, not that it matters. This song is killing me.

For fuck's sake everyone from Florence Welch to...erm, some other people I can't really remember at present, have been banging on about Nicki Minaj for a while now. This week we've seen the reaction of the normal people, the masses. The main sticking point for me is the fact that, on this track at least, Dear Old Nicki sounds a bit wheezy, like she's got asthma, or something. We reviewed her new album here.

This track is absolutely glorious. This is how to build up or crescendo, slowly. It's doing a fantastic job of drowning out the roadworks literally metres away. Teeth Of The Sea (great band name, by the way) released a fresh full-length on Monday. Read the 8/10 review here.

Die Antwoord translates from Afrikaans as "The Answer". I am certain that this lot of South Africans are the answer to something, but I don't think that we, or even they, have figured out just what the question is yet. This track references - quite heavily - Broonski Beat, which is approximately a good thing. Have a look at some of the photos of when they performed at the Scala earlier this week.

We're going through the beginning of our Year End content at the moment. Yes I know it's not even December yet, but we are a good 90% of the way through the year AND the PFA awards get given out before 90% of the season is over and you don't see people moaning about THAT! As part of it, we re-assess some "lost" records and these include Actress's Splazsh. Rory Gibb gave it "the treatment", read here.

Holy Fuck's Latin was also another record deemed to be lost, despite an 8/10 review the first time around. Not sure there's any greater track on it than the sort-of title track, but it is a fine work as a whole. Andrzej Lukowski gave his opinions on it again here.

The Single Of The Week. Wendy Roby says: "‘Doncamatic’ - though in many respects just an awfully good pop song, was the moment when I realised again that Damon Albarn is a genius. And it won't be denied, even though that word gets thrown around like so many toffees in a predatory playground, it really is right in his case. His Technicolor output has been the joyful soundtrack to so many periods of my life [not like that]; he has been at the centre of my musical universe since I was sixteen - and unless you count the dread, noisy, and deliberately dense period(the blame for which I lay very hard and squarely at the Converse of Coxon), it has been a loyal sort of love affair. I would no sooner snog anyone else than I would give up the times he has gifted me. Not even when I drank all that whisky and woke up Basildon with someone else’s skirt on."

Nico Muhly is certainly a talent. And he's done well for himself in surrounding himself with other such talents, like Valgeir S, Sam Amidon, Ben Frost and the few others who make up Iceland's Bedroom Community. They entered into the festive spirit this week by making a Christmas record, which you get free to download when you buy a record from the BC store between now and the end of the year.

Another talented man is Bradford Cox. We're not quite sure just when he goes to sleep as all he ever seems to do is write music, record it and perform it. He released another lot of tracks into the wild this week, most of which were recorded in his bedroom.

Cut Copy confirmed a new single this week, as well as some UK dates. Have a read all about that here. Excited. Much?

Click here to listen to this week Spotify playlist and here to browse through our archive.