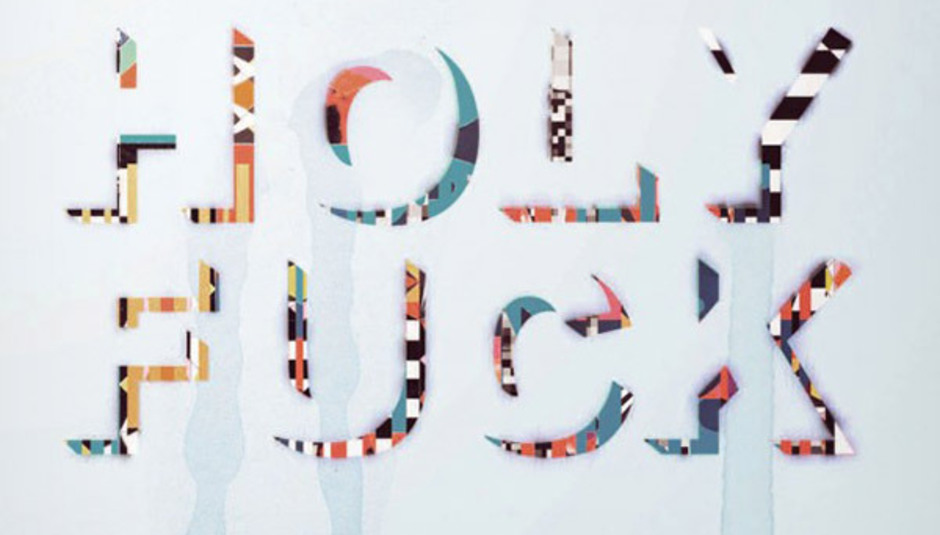 One of the funny things about THE COLLAPSE OF THE MUSIC INDUSTRY AS WE KNOW IT is that it’s hard for me trying to work out why exactly I’m describing Holy Fuck’s third album as a lost record. I mean, prosaically, it's here because I voted for it to be a DiS album of the year, but it’s not made the cut. Did it sell badly? I dunno, they’re a band with a swearword in their name who make lo-fi instrumental electronica... were XL expecting them to be massive? According to Wikipedia, Latin ‘in the United States, the album reached #14 on the Billboard Dance charts and #40 on the Heatseekers chart.’ That’s not terrible, right? They've got over three million plays on last.fm, and when I went to see them at London’s 800 capacity Electric Ballroom the other day, it was pretty full.

But I guess that as the title of this thread from the boards points out, people had kind of stopped talking about this record that came out in May; indeed while the press was good, you could sense a sort of sluggishness about its reception – it didn’t get reviewed in quite the number of places it might have, and it was questionable whether there was really frenzied grassroots anticipation, much as people enjoyed 2007’s LP. In 2010, ‘success’ for a band is as well measured in column inches and web pages and Google hits as actual sales, and by that logic Latin does seem to have lost its way rather; you could probably say the same of Shearwater and The Golden Archipelago, a well-received, well-liked record that nobody really had much to say about three months after its release. I suspect that a decade or so ago, when few of us would listen to more than, I dunno, 20 newly released records a year, solid third outings by reliable but fairly anonymous musicians probably found it easier to go the distance. Now, most people who liked Latin have probably listened to a hundred new albums since and it may well have dropped out of their consciousness and if you are one of those people, give it another listen, because it is good. And that is my definite theory on why it is a lost record.

Oh yeah, the music. Here is a review I wrote describing the record, that seems to still be in order, and below is a live performance of the quite transcendentally wonderful ‘Stay Lit’. Good, see?