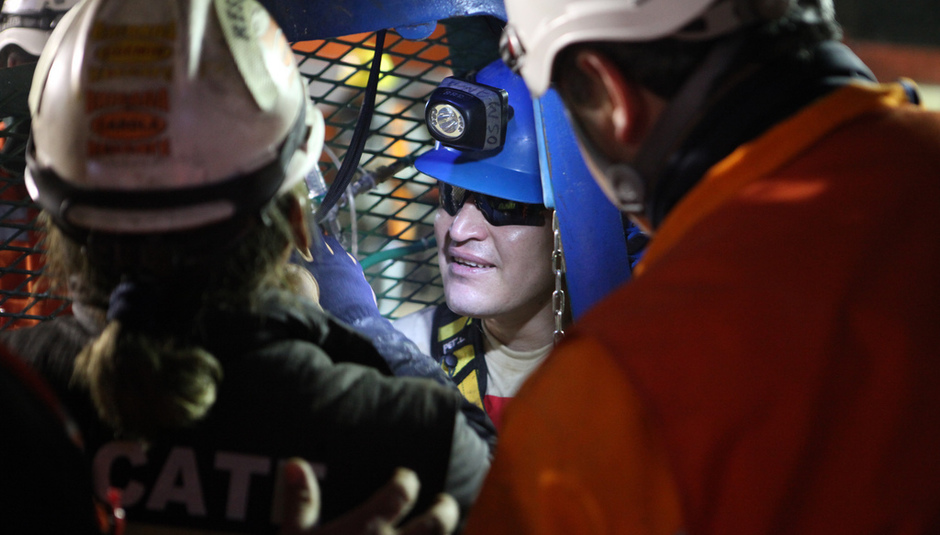 This week's content-themed Spotify playlist featuring tracks from Belle & Sebastian, Sufjan Stevens, Esben & The Witch, Efterklang, Magnetic Man and some more. Click here to listen to it, like.

The Scottish indie-poppers returned with their first album for quite a while earlier this week, entitled Write About Love. You can have a read what we thought about it here. In conclusion: yeah, pretty good but not astounding or anything...

Skeleton Song is Esben & The Witch's first release since signing to Matador and is a prelude to their forthcoming debut album. Robert Cooke says there's a lot of potential there, for sure, but it perhaps isn't completely captured in this EP. Read his review here.

Another giant of the indie world, Sufjan Stevens also released a fresh new full-length, the brilliantly titled The Age Of Adz, which managed to make our list of Recommended Records. Kinda like Pitchfork's Best New Music but with a more direct title and no weird banner logo thing. Read the review of The Age Of Adz here.

SERIOUSLY piling up the album reviews early on in the playlist. Guess what? Yes, Magnetic Man have an album out too! It's self-titled and features Katy B more than once. Here she is in this track which simmers a smidgen before bouncing furiously. Katy B then comes in with her st-a-cc-a-to singing. It's not quite an unholy alliance but then again nor does it quite work. Review here.

Shady Bard. Trials. 8/10. Here's a song. My goodness that trumpet is bold. Takes me back to my days of blowing bugles as a bairn.

This week is the first of two in our Nordic Series, both looking back at the past decade in the relevant countries as well as forward, to the future - where else? We asked some Nordic acts to tell us what their favourite albums were and 2/3rds of Ungdomskulen chose The Codfather, Mr. Torske. Not this record, but Trøbbel, read about it here.

Oh, and Pacific! did likewise, choosing Fontän's Winterhwila which, by all accounts, is a record which is very deserving of any praise it gets. Again, click here to read their rundown of it.

Yet more Nordicism, this time coming from Denmark, in Efterklang. As well as announcing a new educational program entitled Efterkids, Rasmus, Casper and the rest are now also lined up to play a show for us in Sheffield early next year. Read more about both those things.

We interviewed Trent Reznor about The Social Network earlier this week. Unsurprisingly he came out with some strong statements, although he did seem to contradict himself slightly.. Just saying...

Grinderman recently returned with their second record. I've not really had a chance to listen to it, in honesty. I hear it's pretty good though. Most I've had from it is the A Place To Bury Strangers remix of 'Worm Tamer', which is located here. Better than the original? Yes? No?

Amazingly, we'd not yet ran a Drowned in Nottingham column until this week. There could only truly be one man for the job, however. That man's name? Dom Gourlay. Read Nottingham Warrior Dom's round-up of goings on and goings-out here. Dog Is Dead are mentioned, naturally. That's why they are here.

Finally! We get to The Single of the Week thingamy. Only this isn't the single of the week. Nor did it place in the Top 3, even if Wendy did a Top 3. Which she doesn't. But she does say this: "Needless to say with King of the Hippies Gonjasufi on board, ‘When I’m In Awe’ takes a massive turn for the wonk pretty early on, it is like a spinning plate swirled with paint like those you make yourself for about a pound in provincial museums because no one can be bothered to use the potters wheel for actually making pots any more." Which made me chuckle a warm little chuckle, just like the Pilsbury Doughboy.

Click here to listen to this week's Spotifriday playlist and here to browse the archives. PLUS! There's another Spotify playlist this Friday, a Nordic-themed playlist curated by Ja Ja Ja. Here that is.