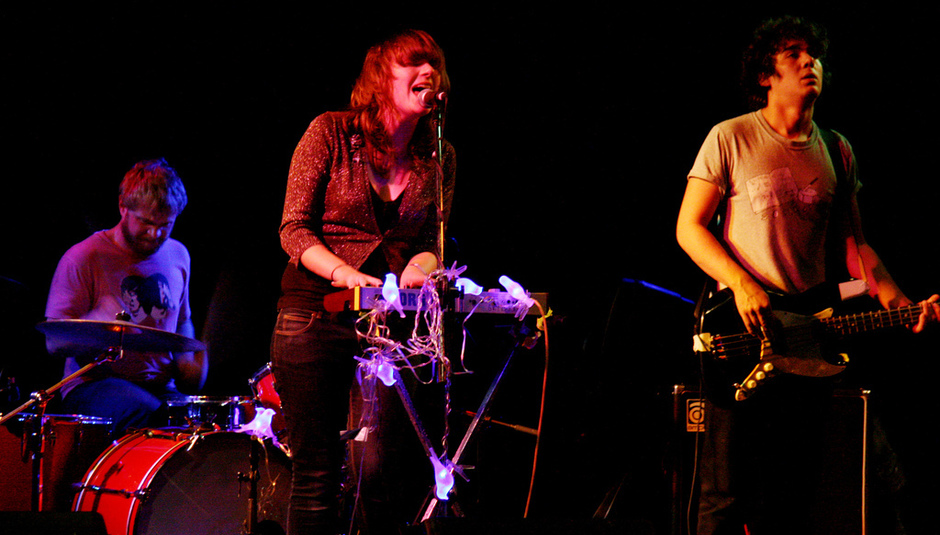 This week's Spotify playlist, formed from the various bits of content on our site in the last week or so. This one features some Norwegian goodness/badness, Perfume Genius, Darren Hayman, Skream, Tweak Bird, Eels and a few other luminaries. Click here to give it a spin!

1. Shining - 'In The Kingdom Of Kitsch You Will Be A Monster'

This band's latest record will absolutely blow your mind. Completely away. Some of their other records will do similar, but I'd say start with Blackjazz. They are Norwegian. And generally pretty intense. You can find them in Part I of our Oya festival preview by clicking here. I was the only person to pick them, sadly.

Sky Larkin know what they do and they do it well. They release a new album next week, although you've probably heard it already, what with some absolute dolt leaking the fucking thing a month early. Anyway, read the review of Kaleide here.

What can a man say about Chilly Gonzales? Well, not a great deal actually. Not this man. I'll let a woman do it instead. Wendy Roby reviewed piano-maniac Gonzales's latest single in...er...This Week's Singles, actually!

Dubstep pioneer (he is that, isn't he) Skream has a huge weight of expectation on his shoulders with his new one, Outside The Box. But will it live up to those expectations? Only one way to find out! Other than listening to the record and judging for yourself, that is. Read Rory Gibb's review of it here.

At the start of this track you kind of want to just say "Woaaaaaaaaaaaaaaah Jonsi! Slow down man! Slow the fuck down!", then you get rather caught up in the track's hyperactivity and a general sense of proudness of humanity comes from within. That's what happens to me, anyway. Watch the video to this particular track here.

A Caitlin Rose double whammy for you this week. First her new album Own Side Now was reviewed and then, almost at the same time, we got the woman herself to give us a track-by-track rundown of it. You can read that here.

Autolux's new one got a fairly lukewarm reception. Guess you'd better listen to something from a superior record of theirs then? Yeah, go on!

'A Sun/Ahh Ahh' may be one of the most irritating song titles to type out. It is also featured on Tweak Bird's current record, the whole of which you can stream on SoundCloud. Alternatively visit here to do similar. You won't/may regret it.

It's a pleasure to listen to this song WITHOUT having to watch the video. That scarred me for a while and put me off...well..people in general, especially bald ones. Have a look for yourself here. Totally wonkaloid.

Kevin EG Perry did another splendid job of interviewing a complete legend of the musical business. Of course, it was E, of Eels fame. You can read the full feature here.

I have this feeling that, in the future, when we are all dead and gone, people will all around the country will be erecting statues of Darren Hayman, guitar in hand. That may sound a bit odd, but it'd be recognition enough for his talents. Watch his new video here.

Perfume Genius isn't quite a genius, but he's heading that way. Where else is he heading? Well, over to us, later in the year to be precise. You can find about all of the tour dates planned by clicking yer moos here.

As Caitlin Rose pointed out in her track-by-track, it's always nice to bookend things. So let's do similar and finish with another Norwegian act, this time the mentally metal Purified In Blood with 'Under Den Svarte Himmel' which, if my rough knowledge of other Germanic languages is correct, means 'under the black sky'. It could mean 'under the black heaven', too, but I think that unlikely.

Click here to listen to this week's Spotify playlist and here to browse through our archive of 'em.