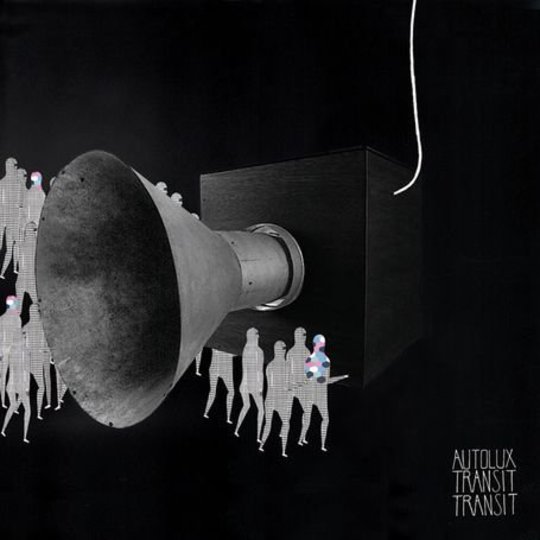 Do you remember when Autolux released Future Perfect in 2004 and those Azarian drums and those mind-bending riffs and the sheer sparkle in tracks like 'Turnstile Blues' and 'Subzero Fun' grabbed you by the fine hairs on the back of your neck, tossed you over their shoulder, and refused to put you down?

Well I hope you clung on to it.

I'm going glide gracefully past any and all analogies to Chinese Democracy as I fear Google's search indexing might lead people to believe Guns 'N Roses and Autolux are the same band. We can't have that, no sirrah, we cannot have that at all, least of all when Autolux are already going to get their share of Flaming Torch Treatment for all the non-concern they showed their adoring audience: choosing to cavort with that singer from that band that everyone loves, instead of, you know, dropping us a line about the state of an album that was due out in 2009, I mean February this year.

More ardent loyalists stuck up for the band. Autolux were going through label woes, they said. NO THEY WERE CAVORTING WITH THOM YORKE, the rest of us said. A comment on Facebook that I cannot find (I swear it's on there somewhere) deadpanned [paraphrasing] 'bands have formed, released four albums, and broken up in the time between Autolux records.' Don't know if this is true BUT being without a record label really, really, really shouldn't be an issue. 'Sup 21st century.

NEVER MIND, all was forgiven when they provided us with a sample of 'Supertoys' to shush our indignant mouths. Good choice of pacifier, this. 'Supertoys' is a reassuring rehash of the best of Future Perfect i.e. all of it. But more specifically it is a comforting, if somewhat lazy, [cue the identical 'it's all right' segment] mishmash of 'Turnstile Blues' and 'Sugarless'. We also got a taste of the similarly derivative 'Audience No. 2'. HURRAH, we said. New album will be GREAT, we said. BRING IT ON, we said.

How pointless it is - how utterly slothful - to compare a band to its ancestry, and in the same way, to compare an album to the one that preceded it.

But OH the wait, the interminable wait - six years of infinity embodied in the title track. 'Transit Transit' sketches a perfect illustration of what it's like to be stranded at an airport because your flight has been cancelled thus turning you into a gloomy voyeur by cruel chance, not choice. Plod, plod, plod, people around you move in slow motion and still seem to be getting to their destination faster than you ever will. Do not be fooled by the instantaneity alluded to by the word 'Transit', for it is really a rather lengthy stopover.

'Census' and 'Highchair' bring back the promise, reviving the album when it looks like it's about to flatline. 'Highchair' has a familiar captive restraint - the hushed frustration that made Future Perfect so viciously addictive. Both have unforgivably muted percussion by Autolux standards, but luckily 'Supertoys' shows up to pick up the slack - the only song on the album that manages to satisfactorily untangle the dense little knot of frustration that's been scrunching up all this while.

So then everything's peachy and Transit Transit appears to be up on its feet, the title track nothing but a misdiagnosed bout of the sniffles, until the incredibly tedious 'Spots' shows up and delivers the album a concussive blow from which it never really recovers. Together with its friend - the hulking bully 'Headless Sky' - it mocks the damage done by throwing in such sadistic lyrics as "your heartbeat just flickers/another catatonic birthday cake". No, string section, you can't salvage this.

Trapped between them, 'Audience No. 2' and 'Kissproof' try desperately to resuscitate TT's prone frame. While the former gets it breathing again, 'Kissproof' appears too awkwardly self-conscious to be much help. It's hardly the song's fault when a line like "this overrated atmosphere makes you kissproof" appears. It's like expecting a child named Edgar to grow up to be a fireman.

This is why we compare when we shouldn't, like the bums we are. Greg Edwards granted The Quietus an interview last month. He says Autolux wanted the new album to be different. It's different. It's easier on the ears. It's Autolux gone a bit lounge. Where Future Perfect knocked us right off our feet, Transit Transit doesn't seem to have the energy to even push us slightly to the left. We miss 2004's Autolux.