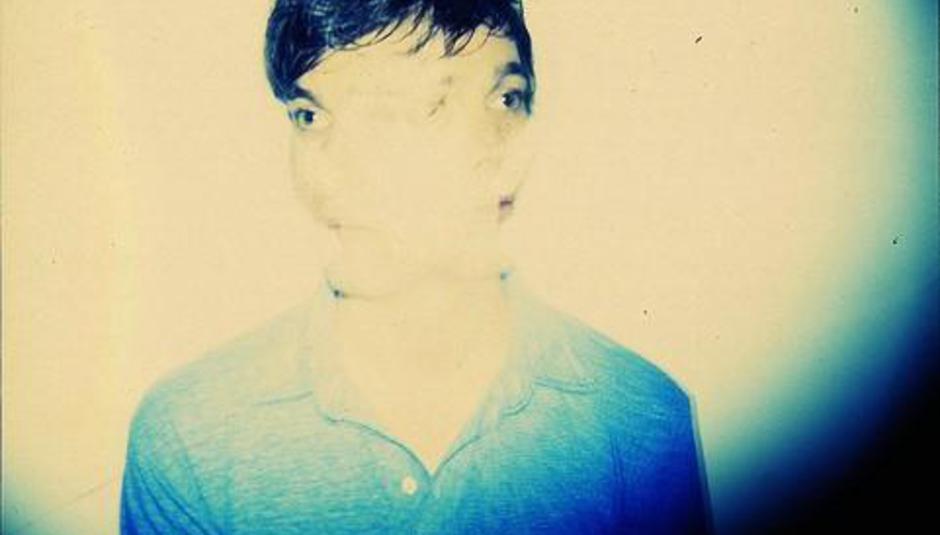 Virtually unknown this time last year, Ernest Greene has already created his own legacy under the moniker Washed Out. Having pretty much single-handedly invented a new genre ("chillwave") while ultimately showing that merging dance music with rock ideals needn't necessarily be formulaic and stale, he's currently displaying those talents in front of UK audiences, proving that he's more than just a studio boffin operating under an alias.

His Life Of Leisure EP recently attained a rather healthy (8/10) on these very pages, while his performances at last weekend's Dot To Dot Festival were undoubtedly among the highlights of the whole event.

It's at the Nottingham leg where DiS manages to sneak a few words with Greene just after he's left the stage to hearty applause. Having recently got married, he can't wait to phone the new Mrs Greene and tell her his show went down a storm. First though, he'll talk to DiS...

Drowned In Sound: I guess we'll have to start by saying how much we really love the Life Of Leisure EP, and if it has taken so long to finally reach a wider UK audience. How do you feel that people are suddenly talking about a record over here that was released nine months ago back home?
Ernest Greene: It feels really weird. These days, word travels fast thanks to the Internet, so I just assumed that people were already aware of what was happening with a lot of new bands and artists. It seems to have really taken off over the past couple of weeks. Because it seemed to take longer over here my booking agent hired out some PR people on my behalf, and I think they've probably helped get the ball rolling.

DiS: Your music transgresses so many different genres and sounds to the point where it is unclassifiable. Was that a deliberate move on your part or just something that developed naturally?
EG: My taste in music is all over the place. I started off making hip hop inspired records. That was probably my first experience of sampling, and then I jumped around a bit...I did a couple of straight-ahead rock records after, so I guess what I'm doing now as Washed Out is a mix between everything I'd done before. It wasn't any kind of "Aha!" moment where I had a brainwave and thought I'll take these two things and throw them together so it works. It was all very natural, something of a work in progress that's taken a very long time.

DiS: There is a heavy 1980s style influence in your sound, not to mention some of the samples you use. How did this come about?
EG: It's really indirect and again, kind of naive. When I started sampling I was just looking for obscure sounds to use in my songs. Normally, hip hop artists tend to sample pop breaks from old 1970s records, and I thought that wouldn't be a very original way for me to go so I went on the Internet and found all these crazy disco records that were mostly from the late seventies or early 1980s, and that became my entrance into dance music. Growing up I never took much notice of it, but over the past couple of years its become something of an obsession!

DiS: Do you consider yourself as more of a dance artist or potentially a rock band?
EG: That's a tough one...neither really I guess! My favourite music is slower, more ambient than I suppose you would classify either of those as being. I see my songs as being naive takes on both of those genres.

DiS: I've just watched your show, and it was quite incredible considering all the different sounds you use. How long did it take you to feel confident enough about being able to reproduce what you've created in the studio live?
EG: It was a huge challenge. The Life Of Leisure EP was recorded in my bedroom with little more than a computer and a couple of synthesisers. The vocal sounds especially are aided by computer software effects so that was the most difficult part of the show to work out. I'd never really played in bands before so it was kind of a weird experience trying to put together a live show by myself. The first time I played live was in front of 6-700 people in New York and I had no idea what the hell I was doing. The live show has grown over time. Nowadays I bump up the BPM a little bit and try to entertain the audience. The record is more of a headphones experience to me, something that's meant to be listened to by yourself in an intimate way.

DiS: The music press back in the States - particularly Pitchfork - seemed to be onto you almost from day one. How did that make you feel at the time?
EG: I was definitely very excited for quite a while. It just seemed very strange the way it happened, almost in an overnight kind of way. Initially I sent a couple of songs off to a blog called Gorilla vs Bear which has a much smaller readership than Pitchfork but quite a powerful influence for its size. The next thing I knew, Pitchfork were writing about it and asked if they could use one of my songs on their site...it all happened so fast...that from day to day everything just started gathering momentum from there onwards.

DiS: Did you find it annoying that despite the positive review, Pitchfork seemed to focus more on where the samples had come from rather than your own contribution to the songs?
EG: Yeah totally. I mean, apart from maybe 'Feel It All Around', there wasn't any blatant lifting. In most situations I'll just sample a sustained synthesiser note, which I'll than transpose and play on the keyboard myself to create my own sound. There was never any intention to get any exposure off the back of other people's work, so it gets a little frustrating when journalists tend to focus on that aspect alone.

DiS: Does it worry you that the music press, being the fickle beast that it is, could quite easily turn against you in the future?
EG: It's very strange, and something that I've been preparing myself for almost from the first positive review Washed Out received!

DiS: Chaz Bundick of Toro Y Moi has been mentioning your work very favourably for some time, and even suggested that there may be one or collaborations that could see the light of day in the foreseeable future.
EG: Chaz and I have known each other for a couple of years now and we had a little project together when we were both living in this small town in South Carolina. Every year this guy used to organise a show where the idea was for different artists to collaborate and you only had a week to prepare for the show so that was our one real collaboration. It was really fun, particularly as we both have very different styles of working, but hopefully we'll find some time in the future where we can come up with something together again. A lot of the artists I've been compared to like Toro Y Moi, Memory Tapes and Neon Indian have similar aesthetics about writing songs in different ways, so I think it would be interesting to collaborate with any if not all of those in the future.

DiS: Congratulations on getting married recently by the way...what does your wife make of your music?
EG: Well, for starters, I guess I have a much weirder taste in music than she does! She's a musician too, although she likes a lot of pop music, so when I'm about to finish writing a song, I'll play it to her and if she gets it, that tells me that a lot of listeners with more middle of the road musical tastes might be into it as well. Someone like Chaz would probably be the flipside of that. If he was into it on a critical level than its unlikely it would have much of a mainstream appeal.

DiS: Would you ever consider a musical collaboration with your wife?
EG: Well, we have regular jam sessions when we're on tour that we sometimes record on cassette, so maybe there's an idea for a limited edition tour only seven-inch in the future! She's an amazing vocalist, so it's my aim to try to get her to sing on the next Washed Out record.

DiS: What are your plans in terms of future releases?
EG: I have a song that should be coming out in the next couple of weeks that was commissioned by an American television show called 'Adult Swim'. They're releasing singles by all different kinds of artists, and I've got a track on there along with LCD Soundsystem among others. I'm hoping to have an album out by late Fall. I have two months off after this tour and most of the songs are already written, so I'm hoping to go away and record everything properly, just lock myself in my room as it were!

DiS: You mention recording in your bedroom a lot of the time. How important was it for other people to hear your music?
EG: I've been making music for a good four to five years now, and I guess at first it was nothing more than a hobby rather than something I wanted to share with everyone. It just kind of happened unexpectedly. I had one song on MySpace and about sixty friends...I wasn't actively reaching out to people and a lot of the attention came via people like Chaz from Toro Y Moi, as he was getting a lot of attention at the time and he had my profile among his top MySpace friends.

For more information on Washed Out's next release, visit the Adult Swim website.