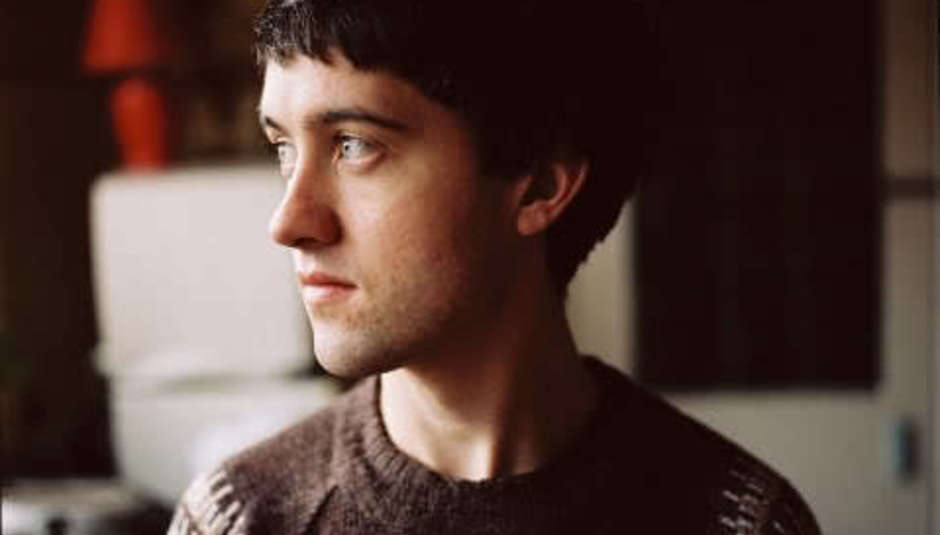 Once the stronghold of flaccid singer-songwriters and troubadours poring from its every venue with their trusty six-strings, Dublin's independent music landscape has undergone a huge facelift in recent years. In its place, a sprightly young polychromatic scene has developed taking in various strains and genres: bedroom electronica, instrumental rock, multi-instrumental folk and indie-pop.

Things are progressing at a surprising rate with even those knee-deep in music here (that would be me) occasionally thrown off by brilliance that seemingly comes from nowhere. One such extreme example is Popical Island– an indie-pop collective who release a consistently quality compilation this month taking in 15 artists, mostly based around Dublin and most of which until a couple of weeks ago, I hadn't heard a note from like Squarehead, Feed The Bears, Yeh Deadlies and Pantone 247. It's like finding a superb unmarked CD in your collection and assuming it was made somewhere in North America in the early-'90s. Only the odd familiar name and the Irish accent as heard on the gorgeous sunshine pop highlight of Tieranniesaur's 'Sketch' remind you otherwise.

Another very different collective operating loosely under the name Box Social (named after a rented house and the BYOB gigs in which they ran from a South Dublin city abode) continue to impress. More a group of friends with shared musical interests than a focused effort, Box Social leans more toward avant-garde, electronica and ambient music. At the centre of the melee is Patrick Kelleher, a talented long-haired soft-spoken gentleman whose bedroom-produced debut album You Look Cold was released last year to great acclaim both at home and in the UK.

You Look Cold's dizzying atmospheric mix of electro-folk, ambient noise-pop and lo-fi psychedelics, was supplemented by a remix album You Look Colder and most recently, by another stylistic diversion into italo retro sounds with the Contact Sports 7” released by the fine “Art Rocking Music” label Skinny Wolves

Elsewhere in Box Social land, there is plenty of nascent music, much of it unreleased by the likes of Catscars, School Tour, Children Under Hoof and Angkorwat but special mention goes to Patrick Kelleher's live drummer (also a member of Children Under Hoof) who makes dreamscape-filled electronica under the moniker Hunter-Gatherer. His debut album I Dreamed I Was A Footstep In The Trail Of A Murderer has much to recommend it.

On the guitar front, it's the heaviest stuff that incites the most love at the moment with the Richter Collective label at the forefront of wiping out the memory of dodgy singer-songwriters. Every act the label has released in the two years since it appeared, is of consistent quality. Wexford's Adebisi Shank provide energetic and thrilling riffage with an abundance of technical prowess and fun in the mix that has seen them tour Japan and produce an EP and an album that helped ignite a sustained fruitful period for independent guitar music in Ireland. Their labelmates including Belfast hyper dance punk trio Not Squares , science-obsessed lean punky rockers BATS , Fugazi -echoing Jogging, hardcore shouty punks Hands Up Who Wants To Die and instrumental guitar-led Enemies back up this theory.

Richter also released the fourth full-length from Dublin's finest and most revered independent band The Redneck Manifesto who count amongst their members the equally respected musician Richie Egan aka Jape. +Titled Friendship, a six year wait did nothing to dissipate the record's anticipation and the result is one of the best Irish releases of the year, delving into experimental post-rock, lilting instrumentals infused with a charming sense of melody and well, friendship. It sounds like close comrades making beautiful music together.

Another example of the Irish music zeitgeist, the sudden effect that blogs and the social effect of the net can have is The Cast of Cheers. In early February, the band quietly released Chariot, their debut album for free download through Bandcamp. Blogs posted tracks from the album and within weeks the band played their first support slot at Choice Music Prize winning eclectic bandits Super Extra Bonus Party to an already captivated audience. Luckily, the band are superb live, with various members having played together in other guises previously. Chariot is a 33 minute fun-run of loop-assisted rock and danceable post-punk recalling the likes of Battles, Death From Above and early Foals. Best of all, you can still download the album for free.

Dublin has had a rich heritage of electronic music over the last 10 years with the sadly now-defunct DEAF (Dublin Electronic Arts Festival) and promoters Bodytonic helping shine a light on homegrown talent amongst their regular international guests. The last few years has seen an increased diversity away from 4/4 beats with a surge in experimental and leftfield productions. !Kaboogie started out in January 2006 as a club night for bringing over international bass-heavy DJs such as Aaron Spectre, Kid 606 and Alec Empire and has blossomed into a healthy environment and label for local producers like Prince Kong, T-Woc, Herv, and Manus Goan to test out new tracks. The label has just released another sampler of related acts – downloadable here

Elsewhere and rather more disparately, we have the varied cosmic sampled sounds of Solar Bears who will release their debut She Was Coloured In on Planet Mu in the next few months, the '80s synth-inspired I Am The Cosmos, the 8-bit video game rush of The Vinny Club (whose day job is bassist in Adebisi Shank), an organic electronic duo with a debut album Paraphrase Accolade about to be released bound to be compared to Four Tet called Nouveaunoise (check out 'Cinnte' on their myspace), the thundering drums and harsh digital noise of Legion of Two who also released an album Riffs on Planet Mu and the promising electro-funk productions of female musician MelJoann.

All this creativity has not untouched the waves of musicians who prefer an acoustic guitar to digital productions. Twin sisters Ellie and Louise McNamara aka Heathers recently have recently seen a renewed interest in their tunes thanks to licencing their music to a tourism ad. That move resulted in mainstream TV and radio appearances. It's a deserved break for the sisters who have been belting out - and there's no denying the similarity – Tegan and Sara-esque jams for over two years. Chances are likely you will melt within the first 30 seconds of 'Remember When?' from their debut Here Not There.

A final word reserved then for a genuine acoustic singer/songwriter who you may have heard about by now. Conor O' Brien is the former musician in “almost made it” indie band The Immediate who now calls himself Villagers. Domino Records snapped him up last year – his talent evident since he first uploaded 'The Meaning of the Ritual' to his Myspace and began playing support slots in late 2008. Nearly two years later and Conor's debut album Becoming A Jackal - a number one in the Irish album charts - is a rich and magnificent release with a captivating poetic lyricism and a freeing sense of genuine artistic musicianship. It's still earnest as fuck but there's no doubt those troubadours of old could learn plenty from O' Brien.

Niall Byrne runs Nialler9.com – a popular Ireland-based music blog. He is also the editor of State Magazine. You can follow him on Twitter