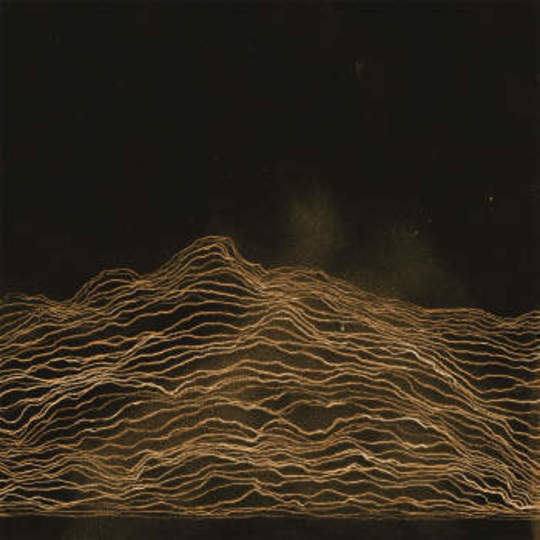 With three EPs already under his belt but just the one full length record to his name, Sam Shepherd of Floating Points has made a good go at carving out a burgeoning and extremely well-respected niche for himself so far, and the release of this latest short film and soundtrack, Reflections - Mojave Desert, sees him flexing his creative muscles to fine effect yet again.

Aside from a formal training in piano, a fondness for jazz and a knack for orchestration, Shepherd also has a pHd in epigenetics and neuroscience from University College London. It’s a sign perhaps of his analytical mind that he’s drawn to constructing complex, freeform soundscapes that are this far ranging and sweeping. Often there’s a misconception that art and science cannot possibly sit together, that the two are mutually exclusive, but Shepherd’s output is constant, cast iron proof that there’s beauty to be found from those involved in even the most complex disciplines.

On his 2015 debut studio album Elaenia, Shepherd took the aural exploration of urban cityscapes in the small hours of the morning to new levels – the record was am ambient, exhilarating delve into the workings of modern human society, a stroll through the confusing beauty of the twenty-first century. With Reflections, it seems that the focus on environment which Shepherd finds himself increasingly attuned with has been shifted and taken to its next logical step.

The first in a planned series to be filmed and recorded at different locations around the world, the new offering was crafted in breaks from US touring in the arid, alien landscape of the Mojave Desert itself, where the newly expanded live band found themselves laying down tracks live at the base of the monolithic rock structures that pepper the landscape.

The record itself is accompanied by a short film, in collaboration with director Anna Diaz Ortuño, which sees the ensemble enacting their thrilling sonic exploration of environment under an endless desert sky. Perhaps more interesting, though, is the curious, other-worldly majesty conjured by the record when consumed as a standalone piece. Indeed, in places Reflections… treads cautiously into the realms of progressive rock, but admittedly with fewer capes and much more restraint. There remains, however, a knack for painting with sound - images and landscapes whipped into existence with a stunning array of analogue and digital vocalisations.

The longer, cyclical, jams are perhaps the high points of the record. It might be rose-tinted romanticism but on ‘Kelso Dunes’ there’s a undeniable sense of open sky, expanding horizons, hot winds dragging themselves across shifting sands and small skittering beasts disappearing into cracks in the rocks. The addition of a continuous mix of the full soundtrack as the final song somewhat renders the individual tracks a little pointless. This is how Reflections… is meant to be consumed - one epic, swirling, shifting body of work, like the desert itself. This juxtaposition of form is a nice idea in theory, but somewhat of a double-edged sword in practice, with both approaches lacking the immediacy of connection it was easy to feel with his urban-centred opus.

As an exercise in creativity, musical form, experimentation and sheer art, then, Reflections… is to be commended, but as a standalone body of work it’s somewhat lacking in the substance, sculpted precision, urgency and depth that made Elaenia such an enthralling proposition. It remains to be seen how this will fit into a canon with the rest of Shepherd’s environmental series, but he remains one of the most intriguing, thoughtful and intellectual new musical pioneers the UK currently has to offer.