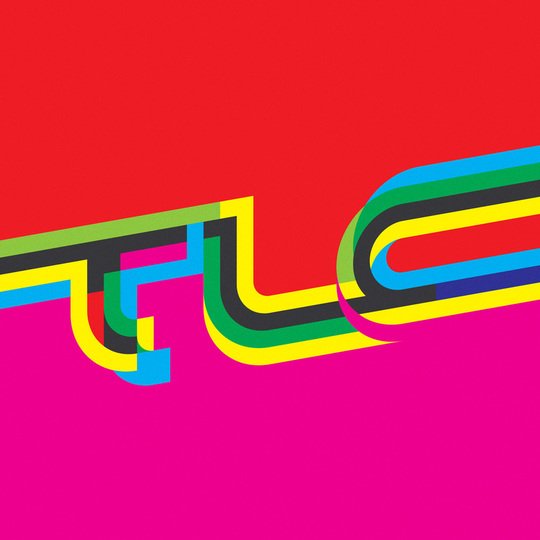 TLC are back! Following a recording hiatus of 15 years, many will approach their self-titled fifth album TLC – the first to not feature the late Lisa 'Left Eye' Lopes – with the question: if this is a nostalgia trip how far can it take us? A comeback album is a hard compromise. TLC are one of the most successful female bands of all time, having sold 65 million albums. A lot of people have expectations about their sound. And they need to give back specifically to the fans who rallied around and contributed $140k to the 2015 Kickstarter campaign to cover production costs.

This album made good on that promise and uses enough contemporary production techniques to sound viable on any dancefloor. Throughout the album, Tionne ‘T-Boz’ Watkins and Rozanda ‘Chilli’ Thomas work well together, backing each other up and calling in at the right points to create the complimentary layering and harmonies.

First track ‘No Introduction’ is a strong starter. Constant referencing of the past through lyrics and samples and strong statements “we don’t need no introduction” make it clear that TLC are not trying to wipe the slate. Lyrics like “we back, call my lawyer, we back, call my girls up” demonstrate their maturity (and some lessons hard learned) while a more hip-hop section “we don’t need no scrubs just some waterfalls” references their past hits directly. The production is up-to-date, with a kind of Bollywood dance vibe.

Released in April this year ‘Way Back’ features a solo from another one of hip hop’s ageing heavy hitters, Snoop Dogg, a pretty clear communication of their status as musical pioneers. As it is TLC and Snoop both sing a lot about the past, and even joke about how old they are. Snoop sings “I’m just the same old G, giving you a little TLC”.

‘It’s Sunny’ is probably peak nostalgia, and borderline cliché. An uppity brass section samples a variety of funk hits from the Seventies including ‘September’ by Earth, Wind & Fire and of course the original version of ‘Sunny’ by Boney M. It gets meta, a nostalgic song which samples a nostalgic song from almost 40 years ago and yet insists with euphoric vocals that the “dark days have gone and the bright days ahead”. But that level of cultural referencing begs the question - if the future looks so good why are we so obsessed with the past?

The aggressive cheer of ‘It’s Sunny’ finally gives way suddenly to the more serious ‘Haters’, and also into some of the more original tracks of the album. With its empowerment themes, singalong chorus “people gonna say what they say, we don’t care about that anyway”, and a cheerleader cry reminiscent of Toni Basil’s ‘Hey Mickey’, “we don’t care about that anyway”- ‘Haters’ somehow maintains the optimistic tone. The anthemic chorus is reminiscent of early Spice Girls or Gwen Stefani, possibly because it was released first in Japan along with ‘Joy Ride’ in October 2016.

‘Perfect Girls’ maintains the empowerment theme with loops accompanied by acoustic guitar imploring you gently that you “gotta love yourself”. ‘American Gold’, a likely hit gets emotional - “I cry for the ones I lost, I pray for the ones that don’t, I’m bleeding on American soil, I am bleeding American gold” while ‘Aye MuthaFucka’ features deeper harmonies that contrast strongly with the gansta title to make a pretty pop song in an almost playful tone reminiscent of ‘No Scrubbs’ teasing – “I just look at you and say – Aye MuthaFucka”. It sounds like a hefty woman chastising a young hooligan on a street corner, and to lighten the tone the track even features some jazz notes and overlapping rhythms. ‘Start A Fire’ and ‘Joy Ride' are the sweeter and more gentle ballads with the kind of multi-part harmonies that have made TLC a success.

Oddly, the album's deluxe edition then dives headlong into nostalgia with several remastered classic hits, including 'No Scrubs', 'Creep' and 'Unpretty'. It’s enjoyable, but it leaves me wondering if TLC could have pared-back the nostalgia kick to allow their new songs to stand out in their own right. The new songs here may not launch them back out into the commercial music stratosphere, but they definitely deserve to stay in orbit.