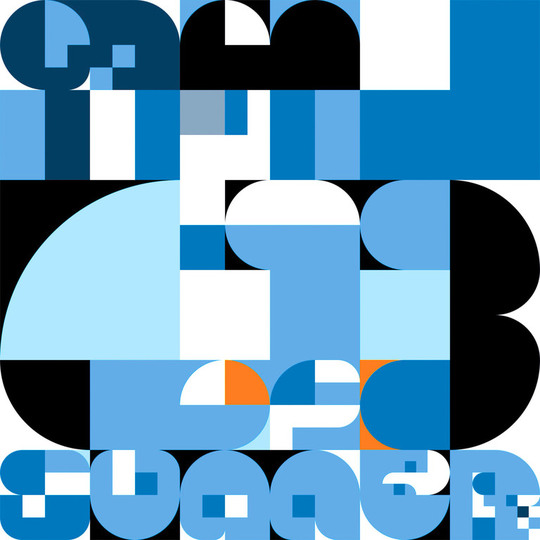 Malcolm Middleton has been a very busy chap these past few years, but there's a strong chance much of his fan-base have yet to realise. Human Don't Be Angry, from 2012, was a timed Record Store Day exclusive; a beautifully put together collection of original instrumentals, skits and maudlin pop which received an equally lovely follow up in 2015 (Electric Blue - Human Don't Be Angry). Then there's Music and Words; a collaborative pic'n'mix of hysterical spoken word vignettes written alongside visual artist David Shringley.

Though 2009's Waxing Gibbous may have been the last 'proper' solo record to release under his name, it's evident that Middleton has been anything but idle. Enter Summer of '13 - an oddly spry electronic record marking a refreshing departure from the “downbeat/miserablist” (his words, not mine) nature of previous releases. Still, this is Malcolm Middleton we're talking about, half of the genius behind those sad fuckers Arab Strap – of course some of it's miserable.

It opens with the buoyant eletro-pop stomp of 'Steps', which perfectly sets the tone for the album's wry confessionals. “Won't somebody come and diagnose me with something/ I'm not making progress” decrees Middleton; words any reticent, anxious individual will be able to relate to. Produced by precocious electro wizard Miaoux Miaoux, Summer of '13 feels like a labour of love, a record that Middleton had to make in order to move onward. He's always been an eclectic musician, one as likely to lay down a hard rock instrumental as he is something dangerously twee, but here the production brings out another side... a sunnier, danceable side.

With guest appearances from Gordon Anderson (aka Lone Pigeon, who is also responsible for that brilliantly garish cover art), Scott Simpson (drummer with First Aid Kit), and regular Middleton collaborator Martin John Henry, Summer of '13 consistently surprises in both tone and musicality.

Rhythmically, the album feels equally vivid and serene; as suited to hazy evenings in the sun as it would be animating an off-beat indie disco. The final moments of 'Brackets' is a perfect example of this. Here, Middleton uses a cathartic refrain of “We've taken a long time getting here” over a hypnotic blend of falsetto harmonies, clouded synth and a classic jangle-riff. Sure, it's clearly indebted to the best of Eighties outsider pop, but what's so bad about that? It's beautiful.

If the idea of Malcolm Middleton pulling all this off still fails to register, the closest musical comparison one can think of is the criminally overlooked 2007 album West Coast by Studio. In fact, the similarity between the fading vocal echo on 'Information In The Voice' and that which appears in Studio's 'West Side' is uncanny. Both records carry the same idiosyncratic approach to uplifting electronic pop: an effortless mix of retro and contemporary indie/electro influences which in a just world would have lit the airwaves ablaze. There's even a moment in the aforementioned track where Middleton is bold enough to threaten a musical 'drop'...

There are dips, namely 'Like John Lennon Said' which, while pleasant, might put off those averse to existential ruminations built upon Lennon quotes. Whether people take to this sunnier approach has yet to be seen, but given his previous eclecticism, there's little doubt fans will lap this up. Middleton has made a dance record for the disenfranchised, oh sure it's a cliché, but Summer of '13 is one of the most refreshing things you hear all year. Come on you miserable bastards, this here is the soundtrack to your summer of '16.