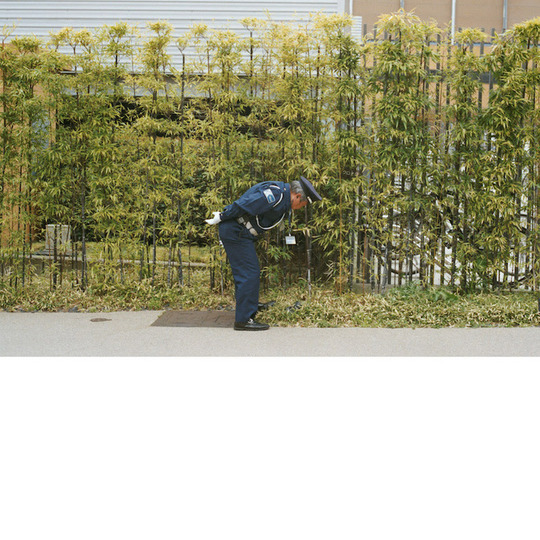 In 2014, Gold Panda – real name unclear, though he'll admit his first is Derwin – went to Japan with photographer Laura Lewis hoping to capture some field recordings for a new album. Along with the accompanying visuals, Panda hoped to create a sight and sound-based work that would break the traditions of what an album could and should be. On one fateful afternoon, Panda and Lewis took a taxi and as they were getting out the driver said 'Ganbatte, Kudasai' which loosely translated means 'Good luck and do your best'. These words resonated with Panda. The project and album had a name, and as Panda said recently 'Once you have a title things come together a lot easier for what it’s going to be'. The resulting album is ten tracks of forward thinking music that runs the gambit of jazz, folk, electronica with boom-bap rap beats. Panda explains that everything sounds 'quite motivational, quite positive'. It was recorded in Panda’s Chelmsford studio, but Japan’s spirit and atmosphere permeates the whole record.

‘Metal Bird’ opens the album with soaring, glitching vocal samples while a delicate guitar underpins everything. If you were expecting another dose of high energy electronica a la his 2013 album Half of Where You Live then you might be disappointed. What ‘Metal Bird’ tells us is that Panda has slowed things down. There is still plenty going on, production wise, but it’s not as in your face as previous releases. Halfway through everything goes up a notch as the breakbeats lope and skitter, showing that Panda might not have changed his way entirely. ‘In My Car’ continues in the same vein, as laidback beats cement the song in your head while quasi-Sixties soul vocals dance around in a hazy sunset of forward-thinking electronica.

‘Song For a Dead Friend’ sounds in places similar to fellow Chelmsford musician Squarepusher. The beats skitter past with lunatic delight while the synths and loops swirl about us like morning fog. The real stand out track is ‘I Am Real Punk’. Despite its acoustic calm, it packs a real punch. Repetitive guitar loops keep the song grounded while laconic bass, flitting beats and luscious strings give everything an eerie ethereal early morning vibe. This is probably down to the time of year Panda travelled to Japan ('Japan has this light that we don’t get here. It’s hard to explain. Well, Japan has this… at certain times of the year, it has this filter on stuff. So when we went the first time, there were a lot of pink and green colours').

Another stand out track is ‘Time Eater’. Being chocked full of chiming samples that evoke Japan’s musical heritage they are juxtaposed with popping beats and euphoric synth loops. This is mixture of the traditional and the contemporary sums up the album perfectly. It's relaxed but self-assured, full of unending charm and a positivity that is hard to ignore. ‘Unthank’ closes the album and acts like a bookend to ‘Metal Bird’. There is no percussion on it all, just layered droney synths. It feels like a post-modern lullaby at times, and if the album opens with a blazing sunshine vibe, this is a melancholy full moon.

When you get past the electronic glitches, jazz flourishes and folk tendencies, Good Luck and Do Your Best feels like a garage album. Choppy beats and rhythms along with shuffling percussion helps create a feeling of urban movement and flux. There is a swagger to the songs that is hard to ignore – Panda has created the album that he has always hinted at.