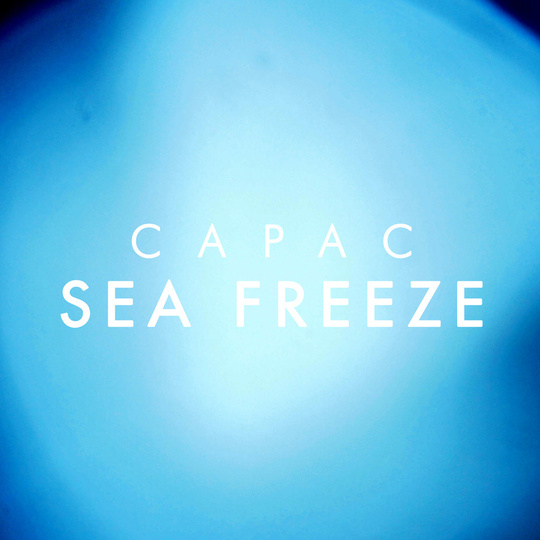 Naming their debut album Sea Freeze was a good move, because it seems as though it took quite a while for UK-based electronic collective Capac to thaw out. The quartet have spent most of their career moving at a glacial pace, forming in 2007, releasing an EP in 2010 and then seemingly going into hibernation for several years. With Stuart Cook, Matt Parker, Gary Salomon and vocalist Kate Smith scattered across various parts of the UK and restricted to exchanging parts and piecing tracks together via email, it was always going to take time for them to get off the ground, but they released the Nested EP as a primer for further activity last November, and have now finally brought an album into the world, the product of years of fragmented work.

Other bands would have been broken by the logistical stress, and indeed, it seemed possible that the Capac project had ceased to exist long before now, but their recent resurgence has led to the creation of a frequently beautiful record that urges you to listen to it from start to finish, albeit in its quietest tones. Constructed around a leitmotif that's introduced in opening track 'Yoona' and rears its head in fascinating ways throughout, drifting between instruments, moods, and even (as on the title track) time signatures. The single idea is married to tracks that can shift gears from sparse to cavernous in the blink of an eye; the introduction of the rumbling bassline of 'Prophet of the State' has an earth-shaking impact, catching listeners off guard after its extended ambient intro and Four Tet-ish pattering rhythms suggest something altogether more sedate. Similarly, the three distinct sections of 'Nine3Nine' take that droning, delay-heavy motif and twist it into intriguing and enticing shapes. Neither overly reliant on ambience nor using beats as a crutch, it strikes an ideal balance between rhythm and melody. Even the segue tracks are more than mere afterthoughts, treated with as much importance as the their longer counterparts.

Smith's vocals add another layer to the album's make-up: she's got a rich, soulful voice that's rarely allowed to harness its full potential, though when it does, as on recent single 'Spirit Level', the results are sublime. Instead, her vocals are often used as an additional melodic layer, or pitch-shifted beyond recognition. She's adept at using her voice as an instrument, be it the disembodied croon floating over the top of '_recur', or her barely-there contribution to 'Prophet of the State'. Capac's music could hardly be described as minimalist, but it's so nuanced and compartmentalised that it's treated with the same care; every second counts. It's constructed so well that the record is over before you know it, that leitmotif captured in full, glorious flight on the penultimate track 'Lark Lane', its neo-classical beauty allowing Sea Freeze to go out on a high note, before being wrapped up by 'William 23', a 23-second rush of sound that just works as an album closer. It doesn't do much, but it doesn't need to - there's more than enough to be explored elsewhere. It may have taken its time in arriving, but Capac's full-length debut is worth the wait, and if circumstances don't force the quartet to recede into silence once again, it could prove to be their first step toward something remarkable.