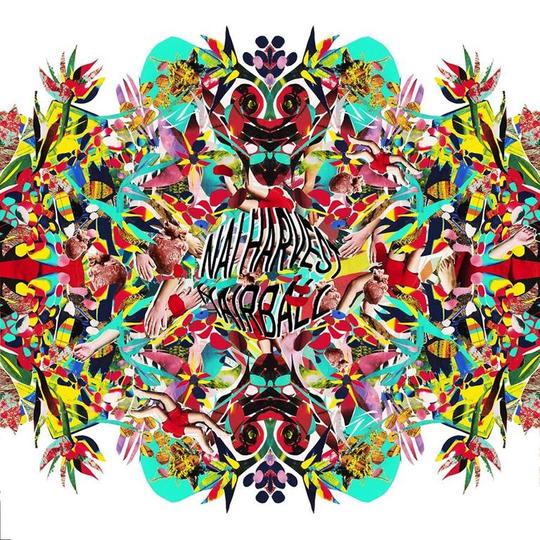 Every new release from Sheffield's Nai Harvest brings up the question of what exactly the duo will turn their attention to this time around. It's not that Ben Thompson and Lew Currie haven't decided how they would like their band to present itself, but more like they feed off the energy present in their music and just can't keep still.

They burst onto the scene with debut LP Whatever in January of 2013 and let that propulsive record push them forward to bigger and brighter things, namely inking a deal with US indie stalwarts Topshelf Records and releasing the Hold Open My Head EP, whose four tracks dispensed with the twinkly emo of their debut for crunching power chords and a more refined aesthetic. It makes sense that they would, in the immortal words of Orange Juice, 'rip it up and start again' for their eagerly-awaited second album, but while reinvention has become the norm for the duo, their latest metamorphosis is their grandest yet.


Hairball is full of new material that shows off their new-found 'scuzz pop' aesthetic. The song they contributed to last year's flower-shaped split 12-inch with Playlounge, 'Buttercups', has blossomed anew, its previous acoustic leanings swapped out for three minutes of joyous noise. Sure to become one of their signature songs (if it isn't already), it's been reworked to fit in with the rest of this hectic and unrelenting record, and it feels right at home. Hairball is a powerful blast of melody that is steeped in Nineties influences but never in thrall to them; no doubt, anything that bordered on pastiche was for the chop. Thompson's vocal style has matured into something resembling an in-form Liam Gallagher, a sort of melodic drone that's most notable on 'All The Time' and the album's sleeper hit 'Ocean Of Madness', while thankfully possessing none of Gallagher's insufferable nasal qualities. Currie, meanwhile, is a forceful enough drummer to be heard over even the opening squall of 'Spin', and navigate the shifting tempi of the title track with ease.

Such is the confidence displayed on Hairball that you wouldn't think that Nai Harvest have been living in the fast lane since Whatever got them noticed. They've had little time to slow down, but they clearly love the rush, a fully-fledged sprint from one milestone to the next that's in line with their 'keep moving forward' philosophy. The version of the band audible on their second album is one that's on a sugar high and fuelled by a desire to create loud and fast music that doesn't skimp on the hooks. They'll probably have their third album written before they even start touring this one in earnest. Nai Harvest don't mess around, and they're definitely going places - you'd do well to keep up.