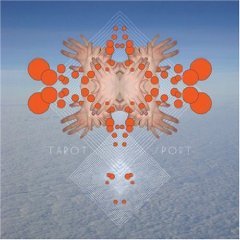 with their new andrew weatherall produced album, 'tarot sport', all the indications are that fuck buttons are gonna follow in the footsteps of the likes of animal collective and have one massive crossover album on their hands. if limitations supposedly live only in our minds, then the new album from andrew hung and benjamin john power - aka fuck buttons - eschews the constricting nature of preconceived notions. that album, 'tarot sport', is one of unbound possibility and lucid cohesion; a cerebral pilgrimage that refines, crafts, explores and develops the experimental aesthetic of last year's critically acclaimed debut, 'street horrrsing.' the duo's pioneering sound drew legendary dj, producer and remixer andrew weatherall into the story - his own unique ethos inspired him to return behind the desk at the rotters golf club studio in london to capture a snapshot of two artists pushing forward into uncharted territories. as the band say, "there are so many more layers of sound that we needed somebody with the ability to spread these out over a wide plane. the ambition of sound in this record required him to realise it." the results, needless to say, are astounding, taking things to another level through a combination of their own ambitious aims and the application of weatherall's clear-sighted, rule-defying precision and attention to sonic detail. the seven tracks on the album reflect a new-found complexity of sound that fuck buttons immersed themselves in, strived for and achieved with startling results. 'tarot sport' isn't a natural progression from previous thought, but an
unparalleled movement that manifests itself in the individual's heart and mind. listen, then, as they say, "create your own narrative."
description from www.roughtrade.com