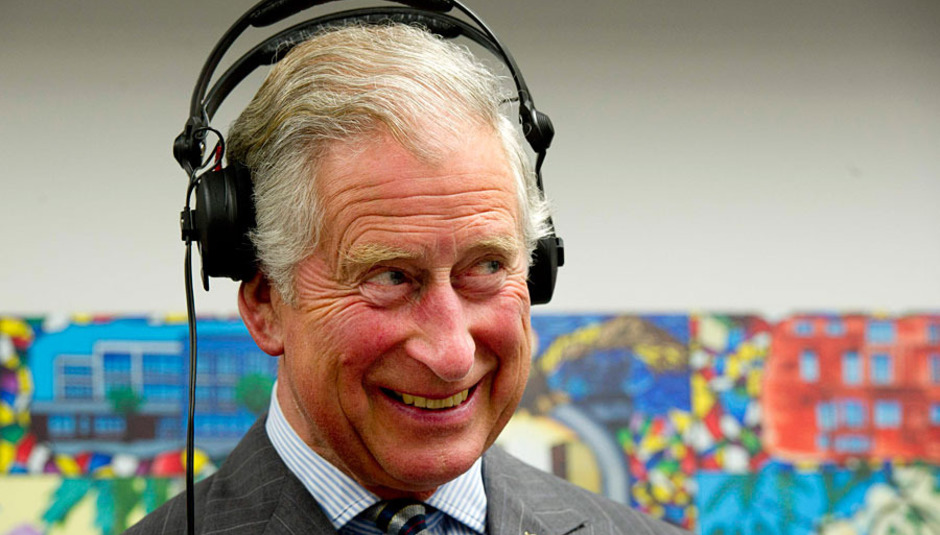 July was a strangely euphoric but infuriating month here in London. There were scenes of British Scottish tennis success, sweltering summer temperatures (cold desk beers certainly help) and for some reason Boris decided to offend everyone who doesn't read the Daily Mail with his stupid van. As a nation, we were also very lucky to avoid insulting leaders when David Cameron foolishly handed them this mixtape, which is so abysmal it could be declared an act of war. There was the Royal Baby (doesn't Charles look happy (see above)? Actually this was from when he learnt to DJ in Toronto a few months ago), the trolls and there was also talk of the government blocking/filtering/censoring not just internet porn, but forums like ours. And then there was some music released...

Here are our picks of the month, plus a few things which happened or were announced or we wrote about this month.

1) Bands that everyone got exited about and then immediately got bored of after one album
2) Apparently Johnny Borrell's new album has only sold 379 copies
3) Worst album you've heard so far this year?
4) Cliches in songs that will sound really shit & dated in a few years
5) A Radiohesd thread: Nigel Godrich vs Spotify "After the joyous surge of 2009, there’s a palpable air of menace to the duo’s third album, which slows down the beats and cuts out the ravey high-end in favour of a hip-hop style tempo, rumbling percussion, and a strange, alien detachment." - 8/10, Andrzej Lukowski

...And if you love guitars that snarl and you've not heard the new Icarus Line record, you should really give it a listen at a brain-bleed inducing volume (click here to read J.R.'s fantastic review):