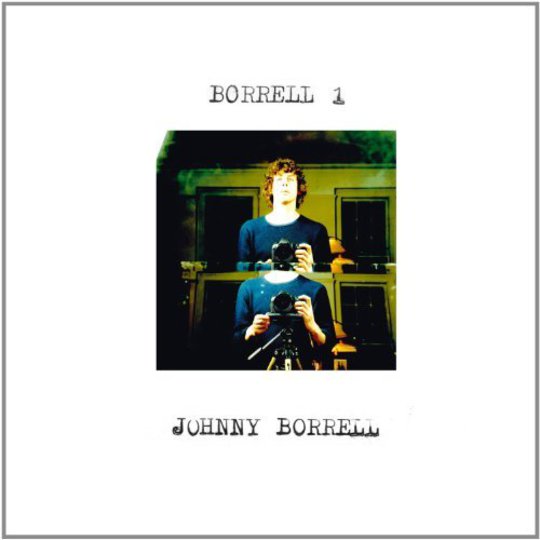 For somebody who clearly spends a shitload of time lamenting his public image, Johnny Borrell is remarkably willing to pioneer innovative methods of self-sabotage. Headlining Glastonbury’s Other Stage clad all in white. Arriving at SXSW, Hollywood girlfriend Kirsten Dunst in tow, astride a pristine Harley Davidson. Later dumped by said Hollywood girlfriend for riding a (different) motorcycle through her living room. Claiming, on Slipway Fires song ‘Hostage of Love’, to be the messiah. These are not, at surface, the actions of a man eager to be liked.

But isn’t there buried deep within us a sort of affection for this character? Do we not privately crave Borrells, to embody that archetype, to exhibit the male disease in its dubious glory, to grow old gracelessly and threaten to leave the country if Labour ever get in? Is there not, I dunno, a natural order to be honoured, here? Effectively a provincial, mid-Sixties teen’s idea of a rock star, Johnny Borrell - perhaps moreso than Liam Gallagher - is a man without whom the musical landscape would feel terribly flat and depressing.

All this is crucial: part of the reason I actually prefer Borrell 1 to most any recent Mercury release is the awesome spectacle of watching a man emerge from the gutter, bereft of commercial prospects and any personal or artistic dignity, only to wipe himself down and grimly plummet back into the credibility sewer. What’s fascinating is Borrell’s perseverance: certainly he’s egomaniacal and delusional, but also kind of tragically admirable with it.

Ultimately Borrell 1 is a better-than-serviceable rock record complicated by myriad preconceptions, all which are further skewered by some fantastically hubristic song titles. Still, ‘Power to the Woman’ and ‘Cyrano Masochiste’ are compulsively listenable, adorned with cheesy-wheezy sax lines that romp and caper like tipsy grandparents on the silver jubilee. While they hardly establish a new-rock vanguard, songs like ‘Joshua Amritt’ and the pubescently excitable ‘Pan European Model Song (Oh! Gina)’ are wholly entertaining, their bombast vastly preferable to reverb-swilling smirk-pop’s ambivalence. Close your eyes and ‘Cyrano Masochiste’ could be a lost collaboration between Bringing It All Back Home-era Dylan and a honkytonk Nick Cave, albeit thwarted by dated echoey effects and sad rinky-dink embellishments.

Occasionally there surfaces a palpable artistic breakdown which elsewhere is only implied. Such moments, songs like ‘Wild Today’, are bizarrely magnificent, Borrell grasping vainly for this self-awareness thing people have been talking about. “My ex-girlfriend’s in all the magazines,” he begins, shakily, “And the bylines tell me that she’s still in love with me / But real life isn’t like TV / ’Cause no one needs to hear from me...”

Stripped of context Borrell 1 would admittedly make far less interesting art. Thing is, given that its author hardly strikes you as a man of many spiritual dimensions (three minutes seems about adequate to grasp the size of him), you have to acknowledge the dramatic irony here - itself a totally valid aspect of the listening experience. For what’s illuminated - ingeniously, unintentionally - is the most revealing and complete self-portrait in pop musical memory, a kind of grand, Truman Show-esque character study that uses one man’s wildest fantasy as a springboard to expose the psychological absurdity of the rock’n’roll myth. Listening to the album - and you should, at least once - I’m not suggesting you’ll like the guy, exactly. But between reluctant enjoyment and occasional snort-laughter, you might learn to love the insufferability, and grudgingly wish Borrell a long and happy life, which is perhaps more goodwill than anyone reading this review remotely expected to extend.