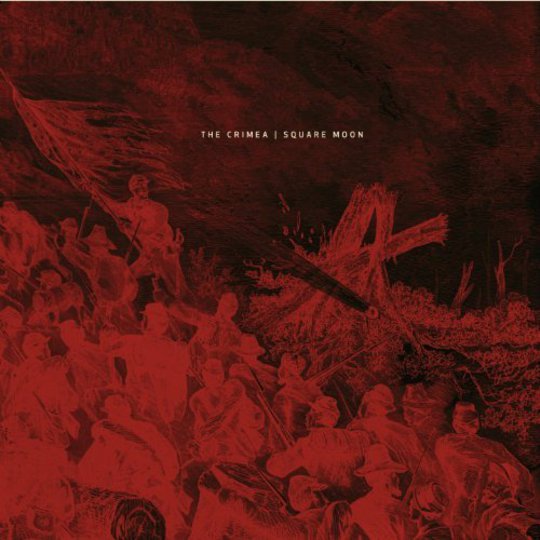 Back in the late Nineties (and very early Noughties) he was the greatest frontman in British rock. Leading The Crocketts, he would hurdle madly around the stage, leap off it to sing a song or two while lying on the floor surrounded by the stunned crowd, jump up and dangle from the light fittings, headbutt the microphone ‘til his forehead bled, shake, shudder and twitch like a man possessed, and sing every single line with such conviction it was like his life and soul depended on it. Alas, fame didn’t beckon.

When The Crocketts disbanded, MacManus formed the less wild but equally passionate The Crimea, concentrating on crafting beautiful little indie pop ballads such as ‘Lottery Winners on Acid’ and ‘Baby Boom’. Despite being championed by John Peel, the band were dropped by Warner Bros. after the public disregarded their Tragedy Rocks debut in favour of Snow Patrol and that Embrace song written by Chris Martin.

Their second album, Secrets of the Witching Hour, was released as a free download before the likes of Prince and Radiohead jumped on the giveaway bandwagon. It was downloaded over 100,000 times in three days and was labelled one of the TOP 5 MOMENTS THAT CHANGED MUSIC HISTORY FOREVER by someone at Q Magazine. Alas, fame still didn’t beckon.

Recently, MacManus has been working as a nurse in South Africa and yet here he is, still bothering to bless us with the release of a new Crimea double LP for the majority to ignore completely and the remaining faithful few to cling to their chests like a child with a brand new Beanie Baby.

Square Moon is a fairly quiet, fairly understated yet emotionally raw collection of paeans to lost time, lost love, sadness, loneliness, heartbreak, heartache, and unrequited obsession. MacManus pours so much of his heart out over the course of these two discs that it’s hard to believe there’s anything left in his cardiac jug. The pianos, acoustic guitars, elegant strings and other bits ‘n’ bobs are tinkled so delicately it’s as if they were recorded by candlelight with a concern for not waking the amiable neighbours. And then there’s the voice. Davey’s blissful, soulfully cracked and battered yearning croak makes Conor Oberst sound like that chump from Maroon 5.

His lyrics are both beguiling and appealing. ‘Lovers of the Disappeared’s basic premise of “your eyes turn to mist when you think of the years you lost” are embroidered with unusual references to Crime Scene Investigation, Sitting Bull, Madame Tussaud’s and “fucking in the stars”. ‘Shoelaces’ contains the poignant appeal “you can’t live on Lucky Strike and Lucky Strike alone / You can’t play scissors, paper, stone on your own”. The dramatic ‘Shredder’ sees MacManus put himself through the (erm) shredder with its pedantic, extensive list of bitter regrets and grounds for self-loathing. There’s even a hymn to Judas Iscariot.

Despite ‘Last Plane Out of Saigon’’s sleepy Caribbean feel, ‘Witches Broom’’s foray into poorly-pronounced French, ‘Beehive Mind’’s uncharacteristically upbeat verses, and ‘Black Belt in Breaking Hearts’s lost-New-Order-backing-track vibe, there is not a massive amount of musical variation, so 22 tracks is a lot to absorb in one sitting. Yet the lullabies that pass you by on first listen contain subtle delights only revealed with further spins and may eventually triumph as your favourites.

MacManus has found a higher purpose now: to set up an orphanage in Diepsloot, Johannesburg. Sadly, this spells the end for The Crimea. Those poverty-stricken orphans sure need him more than I, but my own selfish, needy, heart can’t help hoping we haven’t heard the last of Davey.