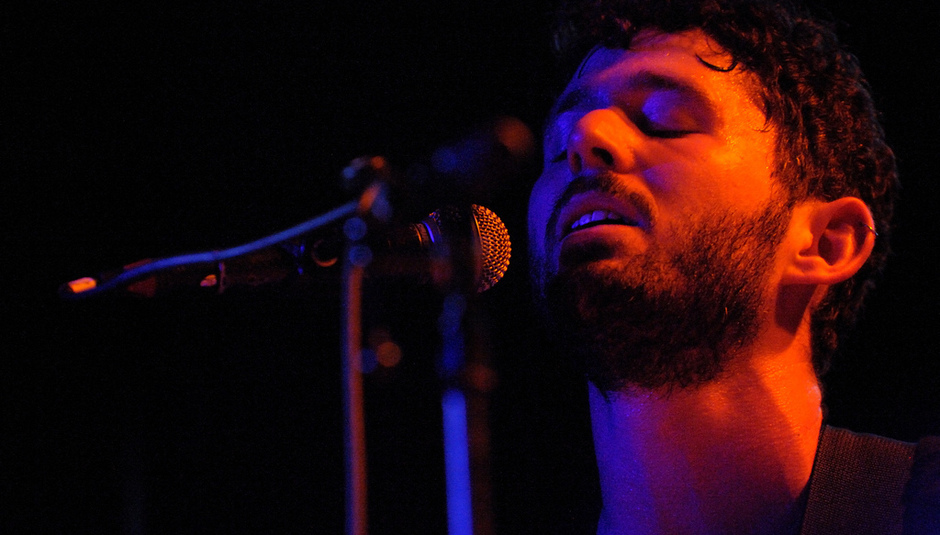 Spotifriday #94 - This week on DiS as a playlist ft. Pulp, Beirut, Antlers + more

Spotifriday #94 - This week on DiS as a playlist ft. Pulp, Beirut, Antlers + more

This week's Spotifriday playlist featuring PJ Harvey, Emmy The Great, Pulp, Jenny Hval, Fucked Up and more. Click here to listen to it.

Primavera Sound happened a couple of weeks ago, you know. PJ Harvey played, of course, and a lot of other things happened, too. These include some hideous system drink payment. But yeah, read our review of the festival here and see our photos here.

Another band played Primavera, too. They are the recently-reformed Pulp, fronted by the man known as Jarvis Cocker. He's a character, him. Anyway, we'll point you to our review and also our photos here.

Last week we definitely had a lot of Emmy The Great stuff. This week we didn't have so much stuff, but we did have the review of her new record, Virtue. READ IT HERE.

4. The Antlers - 'Every Night My Teeth Are Falling Out'

Not sure if the title of this particular song is a metaphor for something else, but we are sure that Burst Apart is one mighty fine collection of songs. It got awarded 9/10 upon review earlier this week. You could do worse than listen to the rest of the album.

Pagan Wanderer Lu is a true lyrical genius. His music is quite good, too. He played at the Brainlove Festival a couple of weekends ago and we were there to take some pictures. I even think he appears in one of them.

This is a tuneful little number, isn't it? It's taken from their new album, which we reviewed here. It's OK, I guess, but listen for yourself, it's the only way you can really be sure.

7. Jenny Hval - 'Portrait Of The Young Girl As An Artist'

Make no mistake, Jenny Hval's performance at SPOT Festival, in Denmark was superb. As is her album, Viscera. We hope that this track gives you a little insight into just why.

We're really going for the long tracks in this week's playlist, eh? No worries, because they are all absolutely worthy of their place here. Some new material from Skelton's new project *AR is available to stream here, by the way.

Can we write this band name here? I know we shouldn't on the front page because of swear filters potentially blocking this website and all that but I'm not going to risk it. I know how tough a day at the office can be without DiS. Their new record got a good review from us, though.

A couple of new columns launched this week, including one about GAMING. The one which concerns us here, though, is our first hip-hop column. That's right, it's hip-hop. It's called Champion Sound and you can read it here.

Beirut announced a new record this week. It's out at the end of August, by the way.

Click here to listen to this week's Spotify playlist and here to browse our archives.