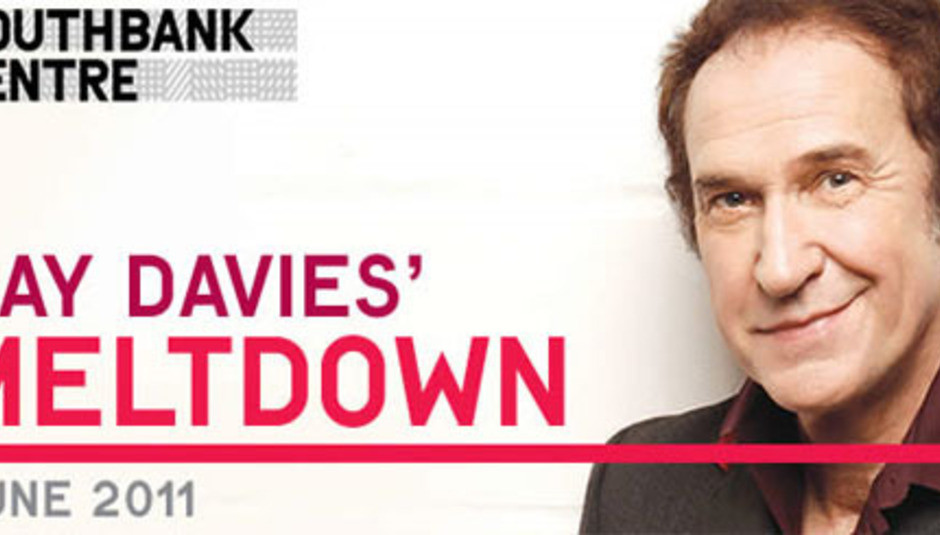 The Sonics were basically the germ that spawned punk rock. 40 years after they split up, they've reformed to play Ray Davies' Meltdown festival. As a thank you to Ray for picking them at his curated event, Rob Lind and Jerry Roslie from The Sonics have put together a mixtape of their favourite Kinks songs, and we've compiled it as a Spotify playlist...

We had the opportunity to do a short tour opening for The Kinks across the Northwest and were delighted to find out that, live they they sounded just like their records, which couldn't be said for a number of the giant acts that we opened for. They also turned out to be great guys... We're definitely looking forward to coming in and hard rocking as we always do. Hope Ray and the lads approve!

Of course! Everyone's favorite... The Sonics were playing power, riff-based rock and roll music in those days (still are!). The state of popular music here in the states was pretty pathetic, a lot of teeny-bopper popular music. One day I was driving in my car and heard the opening riff for "You Really Got Me" on the radio and almost drove off the road!! I called Larry and Jerry and said, "Who are these Kinks guys? They play just like us." And then we immediately learned the song so we could play it.

Great followup. We loved it. "How do these British guys just keep getting better and better? What a great riff!" We played this also.

A bit more melodic, but with a great bridge. We played this too. By this time we felt like The Kinks were like soul brothers. We loved them.

A good rocking song that I thought was hilarious. Conjured up great visual images of the tough kids sticking up Santa Claus. Ray's sense of humor was really showing itself.

Beautiful nostalgic song. It felt to me like a personal story song that Ray was letting us into.

Great music, and again, Ray's sense of humor comes to the fore.

Very sensitive song. It meant a lot to me because I spent a lot of time in Hollywood and I knew exactly what Ray was singing about. Sad, in a soft way.

SIDE B: More Kinks tracks by Jerry Roslie

This to me is the first song I think of when the Kinks name is mentioned. They broke a lot of ground when they wrote this song. A whole new approach to rock. It was tough and laid-back at the same time! I'd have to say I think this one is one of my favorites!

This song virtually lays you back in a natural high, so typical of the Kink's music. Roll me another one! :)

When I first heard Low Budget, it was a cover song by some other group. I liked it, but I thought there was something unique about it. There was! It was a Kink's song! Their original recording was and still is outstanding!

This song always makes me smile! I had never heard anybody doing a song about this subject. What a chorus! What a hook! Great writing and originality.

The Kinks always wrote about subjects that were rare and unusual. At the same time, their songs tell a story you can relate to.

This song has Kinks written all over it! It shows the signature "tough side" of them that they do so well!

Listen: Meltdown Mixtape: The Kings by The Sonics on Spotify

The Sonics play Royal Festival Hall on June 18th with support from Wire. Lots more info about Meltdown curated by Ray Davies and links to buy tickets can be found here.