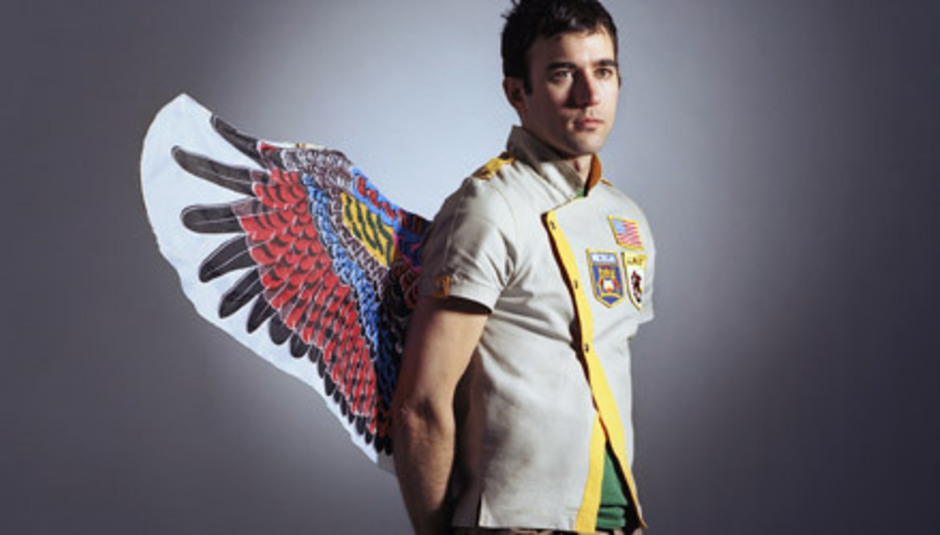 It's Friday again, so here's another Spotify playlist for you to listen to at work, at home, or maybe even on your iPhone. They do that now, don't they?

Not got Spotify? Click here to find out more. Say goodbye to your life, though.

This week, or more specifically today, was the day we started running our 'Lost 9 of '09' which will probably continue into next year and then stick at ten, or things may get hella silly. If the site is still here in 2051 it'll be an interesting look. The Antlers kick things off in our Lost 9, as well as on this playlist - don't let the title of the song put you off, the music contained within a dreamy three minutes is approximately 17 times better than anything else to have come out of Kettering. No, Wicksteed Park doesn't count. Delicate.

This week our editor-in-chief and DiS founder Sean Adams kicked off a campaign to get Sufjan Stevens into the Christmas Charts. Not quite as lofty as getting it to number one, but a more realistic and attainable aim. This is the chosen song to propel up the charts, more information can be found here.

Let's Wrestle are very, very close to being the best band in the country, that much is absolute FACT. They were also another entry in out 'Lost 9 of '09' feature for their fantastical debut which was released in the Summer. Impossible to pick just one song (evidently NOT, but nearly) from the record, we chose the self-fulfilling prophesy that is 'We Are The Men You'll Grow To Love Soon'

Look Mummy! It's Mudhoney! Live at KOKO! In Camden! In scintillating form! Watch it here.

It's December, which, to a large percentage of you horrible lot, means that you're off to Butlins for an ATP festival or two. This time it was the turn of My Bloody Valentine to curate the Nightmare Before Christmas. Canadian punk collective Fucked Up played on Saturday, so here they feature with 'No Epiphany', a slower and less brutal arrangement than most of their back catalogue.

6. The Pains Of Being Pure At Heart - 'The Tenure Itch'

The Pains Of Being Pure At Heart also played, on the Friday. Jingle-jangle, floaty melody is how this Pains song goes, indie-pop's most promising band?

Yo La Tengo also provide a delectable slice of, slightly more abrasive, indie-pop. This one sounds a little bit more like it's from the '60s, as opposed to the '80s, though. That'll be the organ, then. They also played the MBV-curated ATP.

It's not so often that you hear bands who produce sounds as unusual as this without having ANY idea what the instrument it comes from is. In this case, I think it's some 'guitar' made with a Coke can and something else I've never heard of. Still, it works. Read our interview with Congo's most popular band.

9. Jason Lytle - 'Yours Truly, The Commuter'

A whole merry bunch of artists and bands have been giving away free music like there's no tomorrow in the last few weeks, and former Grandaddy main man Jason Lytle joined that group earlier in the week, when he gave the world an album of improvisational piano songs. A mixed bag though the album was, the title track provided a remedy reminiscent of Lytle at his absolute best.

Regina Spektor is probably worth her weight in gold, and her epic, six-minute 'Chemo Limo' switches between the serene and scatty in an almost frightening manor. Plus, her accent is one of the new eight wonders of the world, along with Barry Manilow's nose. We took some snaps of her at the Manchester Apollo, view them here.

We're totally Gladys that he's not dead and all. DOOM released GAZZILLION EAR am Montag. He's still totally insistent on those ALL CAPS. Probably because he's SO FRIGGING IMPORTANT TO SO MANY PPL.

Singles lady Wendy Roby described this song thusly: "Debut 'FYH' (or 'Follow Your Heart') has a nice lyric about a love rival who will 'always win a staring match' - which frankly sounds quite alarming - but then Riviere does have red on his face for the single artwork, the crazy fool. Doom pop with reverb strings".

It's really hard to say when you've had TOO MUCH Icelandic music, but that moment has yet to come, and may yet never come, certainly if people like dear Ólafur keep appearing from that mystical isle, probably the second best island in the world. We aired a documentary following him around yesterday, entitled The Sky May Be Falling. Go watch it.

Gold Panda was named in the shortlist for the BBC's Sound of 2010 Poll. He liked this. We liked this. He decided to give out six tracks entirely for free, gratis. We listened to it. This is NOT one of the six on it, but it's just as good.

I once went on a National Express bus through Hatfield Peverel, in Essex, which is where Mr. Peverelist gets his stage name from. Neat, huh? He released Jarvik Mindstate this week, and us being the dutiful music reviews website that we are wrote some words on it, mostly kind ones.