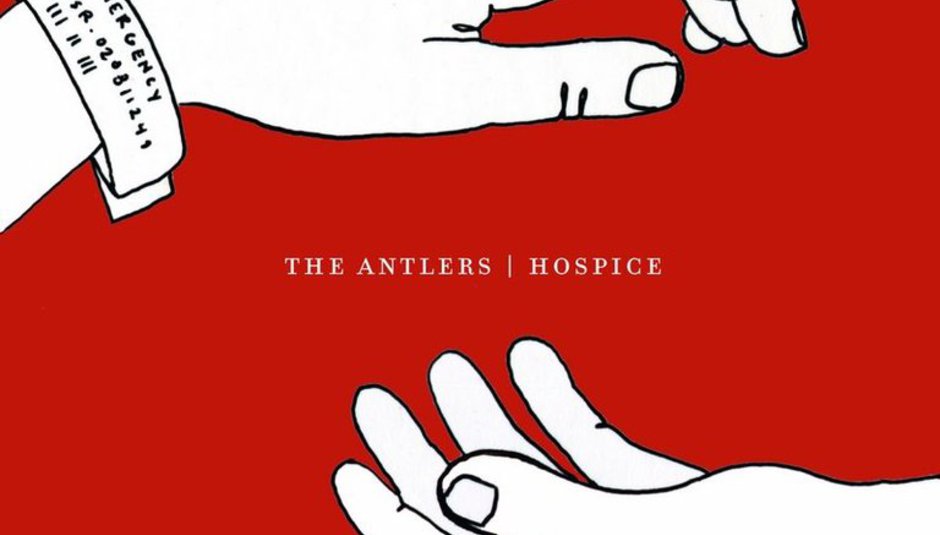 Every once in a while an underdog record emerges out of the crowd, free of expectation, free from fanfare and hyperbole, to stand alone, unexpectedly bold and mighty. As far as 2009 goes, Hospice by Brooklyn-based band The Antlers stands alone; not because it's better than Merriweather Post Pavilion or Veckatimest or because it ranks highly among the pantheon of worthwhile concept albums, but simply because from first exposure and on every single occasion it has the presence and spirit of something more than just an album.

Hospice isn't really describable as music either. For 50 minutes it exists in its own fractured sense of space and time, and lives and breathes vicariously, through masterfully subtle cause-and-effect ambient textures, songwriter Peter Silberman's bracingly-raw lyrical narrative and an episodic song structure that virtually storyboards its audience through one man's social isolation as effectively as a Palme d'Or-winning film. Endless hospital corridors are conveyed as twitching, neurotic bouts of electronica; intimate moments twinkle like falling tears. Mood swings leap out of the frame with the urgency of an ambulance punching lights or the resignation of paramedics that arrive too late.

Silberman's journey – centered around the tragic case of a dying child at the hospice where he was working and his troubled relationships both with the child and with others at the time – often touches the lonely and frayed edges of despair and loss. Yet, amid the album's base canvass of introspective gloom, lyrical incantations of resolution and hope are woven into tracks like 'Two' and 'Wake'. These paeans of hope propel Hospice into semi-spiritual proportions and speak not only of the awakening and transcendence of one man, but of the imponderable struggles of men, more generally.

Hospice is an every-once-in-a-while record, and 2009 is all the better for it.