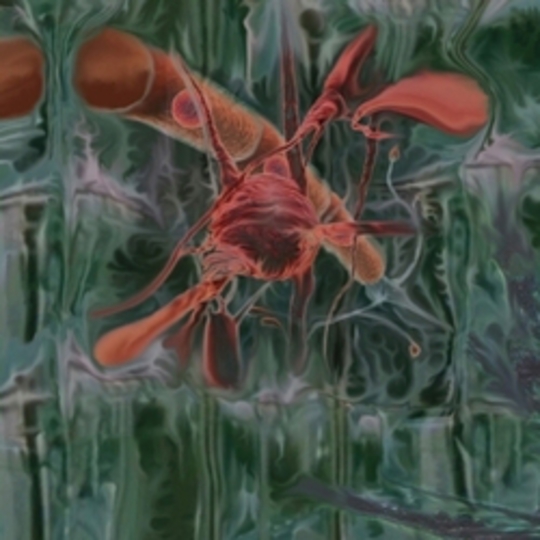 It’s probably worth opening with a proviso – I’m a bit of a geek for Tom Ford’s music. It may have had something to do with the fact that his involvement in Bristol’s electronic scene runs deep – he manages the city’s finest record shop, Rooted Records – but even on his earliest 12-inch releases the music he made as Peverelist seemed to emerge curiously, precociously whole. Shorn of many of his scene contemporaries’ commitment to gritty analogue hiss and hard dancefloor edge, ‘Erstwhile Rhythm’ and ‘Infinity Is Now’ were all chrome sheen and stumbling, looped melody – aspects that immediately drew slightly overzealous comparisons.

Much has been made of his perceived debt to techno; indeed, along with Scuba, 2562 and fellow Bristolian Appleblim his music is regularly cited as being a major point of crossover. And its presence is indisputably felt: his slowly deconstructed themes and habit of taking a single idea through to its logical conclusion are hallmarks that define the nine tracks that make up his debut album Jarvik Mindstate. The dreamlike permutations of ‘Bluez’ and labyrinthine tunnels of opener ‘Esperanto’ both use melody as a basis for experimentation, creating a consistent rhythmic environment in which a fairly simple central premise can be thoroughly explored.

Ford’s music tends to be mentioned in the same breath as London and Berlin - incorporating as it does elements of both cities’ dance cultures - but strangely enough rarely with reference to his home city’s history. Yet if Jarvik Mindstate – named after the inventor of the artificial heart - serves to confirm a single fact, it is that his music falls effortlessly into a continuum extrapolated straight from The Pop Group through The Wild Bunch, Smith & Mighty, Krust, Massive Attack and on into the future.

All of which makes it fairly easy to forget how otherworldly and alienated Blue Lines, Protection and Maxinquaye actually sound even now, after a decade-and-a-half of overplay. The same can be said of the city’s earlier junglist material, even after the slow stagnation of an increasingly homogenous drum ‘n’ bass scene. Ford’s label Punch Drunk Unearthed has just re-issued Smith & Mighty’s (al)mighty classic ‘Bass Is Maternal’, which in four minutes pretty much manages to define the phrase ‘ahead of its time’, predicting the following two decades of UK dance music in its deft amalgam of delicately sliced breakbeats, clipped vocal samples and cavernous bass echo.

In many ways Jarvik Mindstate picks off where the city’s pioneers left off, and Ford’s intricate attention to percussive detail betrays his interest in its early drum ‘n’ bass scene. ‘Yesterday I Saw The Future’ is jungle deconstructed, stripped bare to its very essence. Here, the drums themselves are the track’s central facet, interlocking to form odd tessellated shapes before disengaging again and returning to diffuse forms, all in front of the most skeletal of melodic frameworks. Pinch collaboration ‘Revival’ gives dub the same treatment, further elevating the genre’s studio trickery and spacious atmospheres to high electronic art.

If the danger remains that all of this could sound soulless, an excuse for tech-head experimentation, the adrenaline shots of chromatic synth that ripple across the appropriately cyclical ‘Not Yet Further Than’ provide ample evidence to the contrary. Similarly, both ‘Clunk Click Every Trip’ and ‘Infinity Is Now’ are examples of shockingly emotive machine soul, their strikingly individual and weirdly beautiful aspects undiminished by regular play since their original releases.

It’s becoming increasingly apparent that Peverelist’s is a singular and fascinating ear for production - heavily stylised, instantly recognisable and relying on hypnotic repetition to generate eerie idiomotor responses. In spite of its modern exoskeleton, in addition to generating the same curious sense of urban dissociation common in his predecessors his music also maintains their distinctly human aspects. When all is stripped away what’s left is essentially the opposite of Robert Jarvik’s famed invention: a warm, beating heart, intrinsically mechanical but terrifyingly fragile.